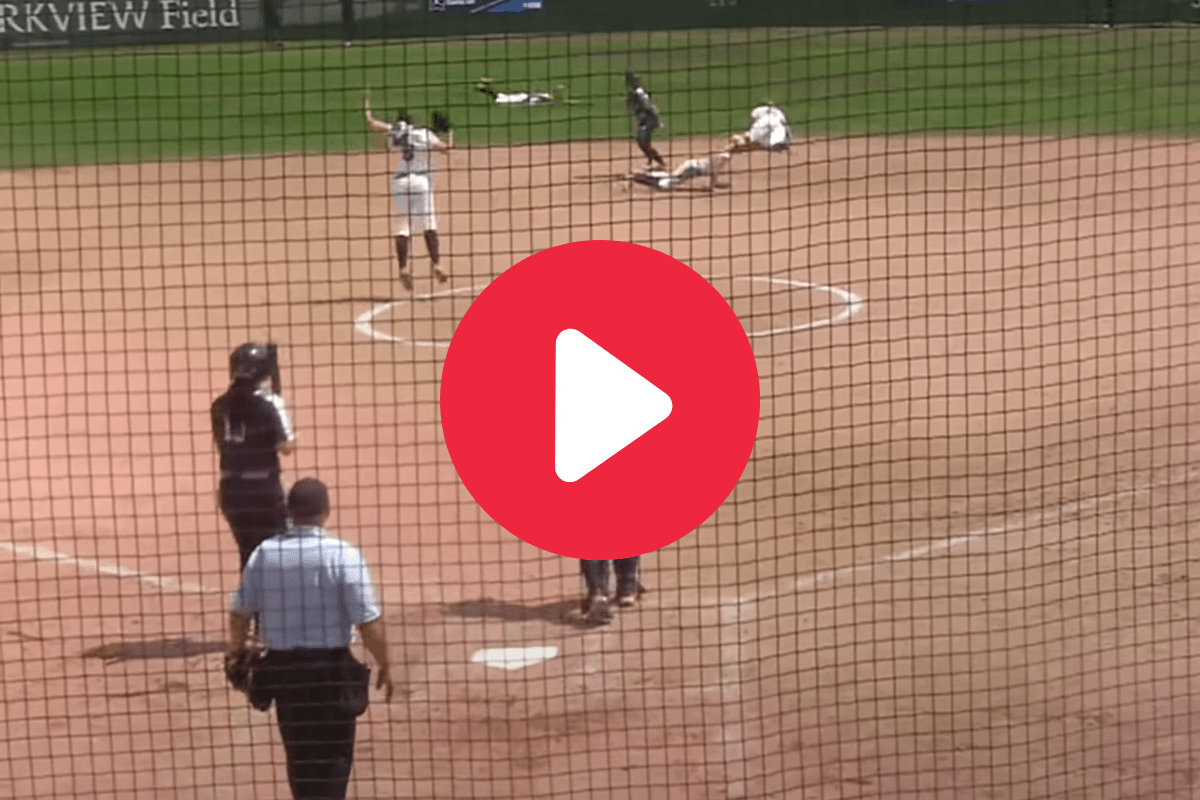 Few moments in sports are as well-known as the walk-off home run to win either a baseball or softball game. There’s no better feeling than turning on a ball, putting it over the wall and arriving at home plate with your teammates waiting to celebrate. But if there was any moment that could challenge it, it would be a walk-off, game-winning, hidden ball trick that sent your team to the Women’s College World Series.

The Trine University softball team attends school about as far north in Indiana as you can go. The Division III team needed a win to clinch the program’s third trip to the final tournament. The Thunder had the SUNY Geneseo Knights down to its final out when Trine pulled off maybe the greatest trick play you’ll ever see.

With two outs in the seventh inning and runners on first and second, senior pitcher Kate Saupe tossed a ball off the plate. When catcher Victoria Porter threw back to the mound, Saupe quickly turned and “threw” the ball over everyone’s heads. The shortstop, second baseman and center fielder all dove to the ground in an Oscar-worthy acting job that completely fooled the baserunner.

As the runner took off from second base, Saupe ran over, tagged her out, left everyone not wearing a Trine Thunder uniform scratching their head (including the poor play-by-play announcer in the video below) and ended the Super Regional game and series in incredible style.

By some miracle, this play only ranked No. 9 on ESPN SportsCenter’s Top 10 plays of the night.

And because hidden ball tricks will never get old, here is six minutes of MLB players who make millions of dollars getting caught with their pants down and being called out.

This post was originally published on May 20, 2019 but this trick play is still as legendary as ever.

MORE: The ?Slip Pitch? is Softball?s Most Deceitful Trick