The “Slip Pitch” is Softball’s Most Deceitful Trick 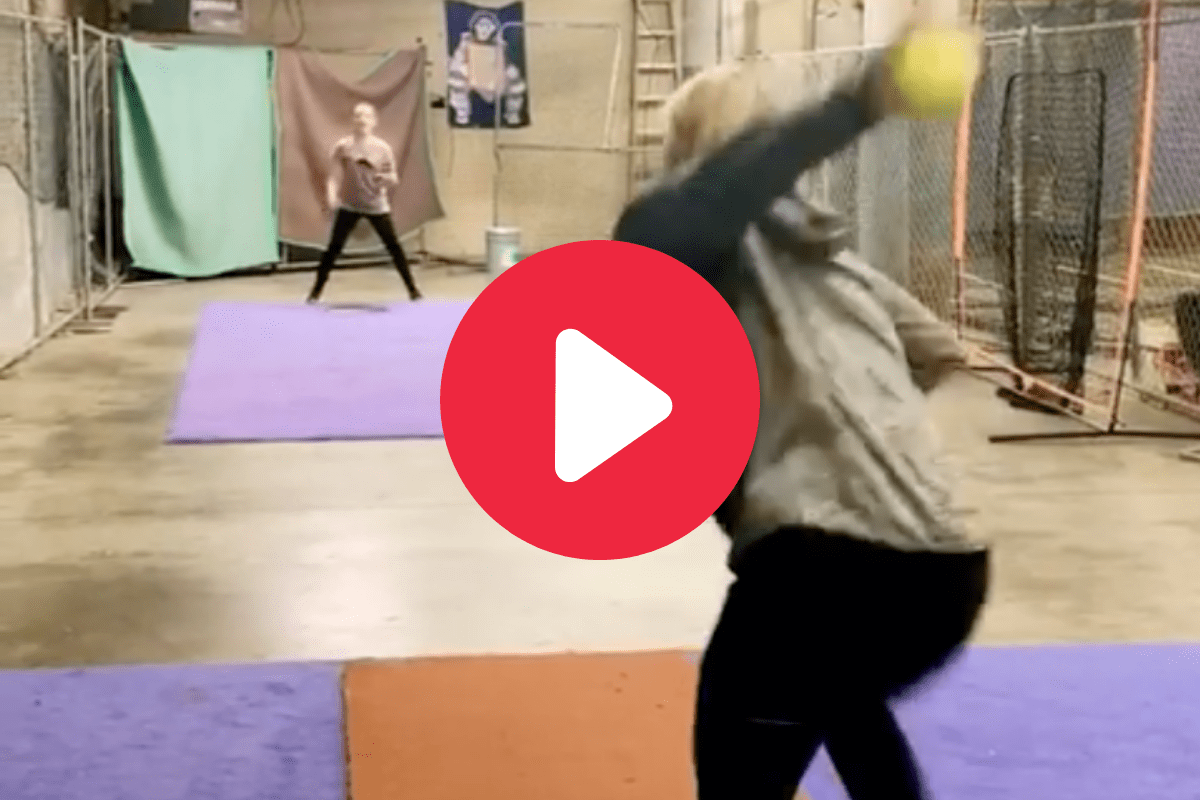 Baseball has knuckleballs and eephuses and screwballs and spitballs, but what is softball’s equivalent of a trick pitch?

Sure, there are rise balls and drop balls — both of which are equally hard to hit. But there has to be some sort of trickery that girls in the circle break out every once in a while, right?

As it turns out, there is.

The first time I came across the “slip pitch,” I was in awe. A deceitful changeup that catches the batter off-guard seems like the perfect offering. Throw it once a game in a situation when you need a strikeout and escape a jam. Hopefully, the batter doesn’t crank it over the fence.

Kim Bogen, the head softball coach at Cheshire Academy in Cheshire, Connecticut, posted this video of the “slip pitch” to Facebook.

Unsurprisingly, it did numbers on social media. More than 1.5 million views and another 14,000 shares. People couldn’t get enough of the hilarious trick pitch.

Here’s how the slip works: The pitcher rocks back, but instead of releasing the ball after a full revolution (to presumably gain speed), she releases it before the her arm fully revolves. The idea is to freeze the hitter at home plate with a wacky eephus-like changeup.

Bogen isn’t the only one who’s posted about the “slip pitch.”

Kristin Cerreto, a former college softball player at Roger Williams University, posted a video to TikTok of the trick pitch. It gained more than six million views and made her a viral star.

Sure, this pitch is clever and all. But why isn’t it used in games more often? That answer depends on the softball rules being used.

Is The “Slip Pitch” Legal?

Slip Pitch 🥎 legal or not ? pic.twitter.com/EyCPjepR8Z

It depends if a pitcher is playing in a high school or college softball game. A youth pitcher could probably get away with it, considering it’s a fun pitch that shouldn’t be taken too seriously.

It also depends how the slip pitch is executed.

According to rule 10.6.5 in the NCAA Softball rulebook, “the pitcher may not make another arm revolution after releasing the ball.”

That would mean that Bogen’s version, in which the arm flies past the hip, would probably be an illegal pitch in most cases. Cerreto’s trick pitch could be considered legal because she stops her post-release revolution before her hand crosses her hip.

Technically, that isn’t a full revolution and doesn’t rotate past the shoulder.

If you ask me, fastpitch softball is a heck of a lot more fun when it’s slowed down with a trick pitch like this. Now we just need to see someone use it in a game.