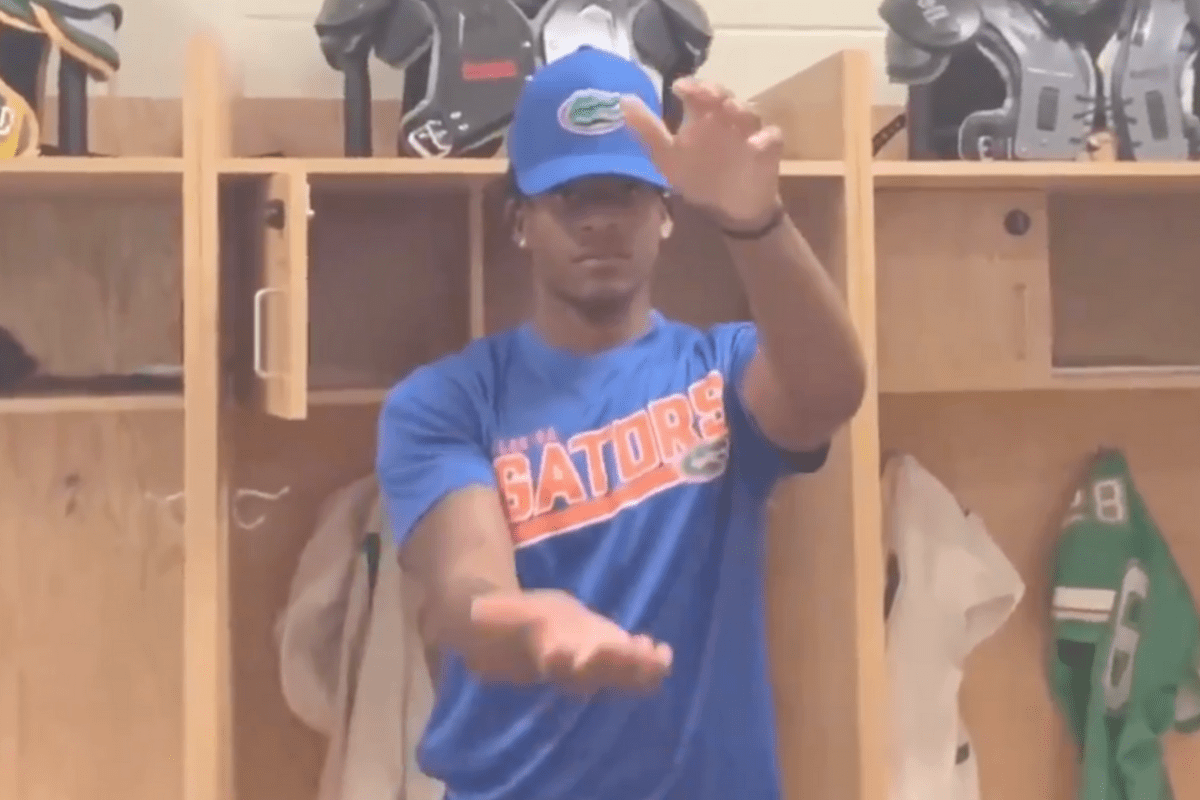 The Florida Gators have continued to bolster their 2022 recruiting class, and their latest addition looks like a future deep threat in the making.

Wide receiver Isaiah Bond has thrived for Buford High School in Buford, Georgia, and he is set to cross state lines to play his college football.

Notre Dame reached out as well, but the team didn’t formally extend an offer to the wideout.

The 6’0 175 ATH from Buford, GA chose the Gators over Alabama, Miami, Texas, and Georgia.

Head coach Dan Mullen is trying to build a winner in Gainesville, but that is much easier said than done in the SEC.

Now that the NCAA’s recruiting dead period is over and official visits have resumed, Bond will get the chance to explore other programs as well. Notably, Alabama head coach Nick Saban has pulled out all the stops for the wide receiver’s visit.

He even rode in Saban’s Mercedes-Benz. In the front seat. Saban’s wife got kicked to the back.

Nick Saban must really like 4-Star Isaiah Bond. He put Miss Terry in the back seat to let him ride in the front 😂

Though things can change in a heartbeat, Bond seems to enjoy what Florida football has to offer. He was recruited by Gators wide receivers coach Billy Gonzales and he committed on Mother’s Day in 2021.

The one thing that jumps off the page about Bond is his quickness.

He’s the definition of a speedster, and that has translated across different sports. Bond won the Georgia 6A 100-meter dash competition after completing the race in 10.51 seconds.

A dime here from @ashton_d12 to @isaiahbond_ . This Jefferson vs Buford session has been fun to watch.. pic.twitter.com/oeQEkIhmjV

According to 247Sports, Bond is the 30th-best prospect in the Peach State. In an area full of great players, he’s in the upper echelon of talent.

There is more to playing cornerback than covering. @isaiahbond_ is fast and dynamic with the ball, but he can do the dirty work too. #UF #Gators pic.twitter.com/dkPcrJJf8W

Isaiah Bond has the footwork and the versatility to be a strong college football player. The four-star athlete may even spend some time as a cornerback.

Whichever position he plays, he will make an impact as soon as he touches the field. His NFL dreams could become a reality when all is said and done.