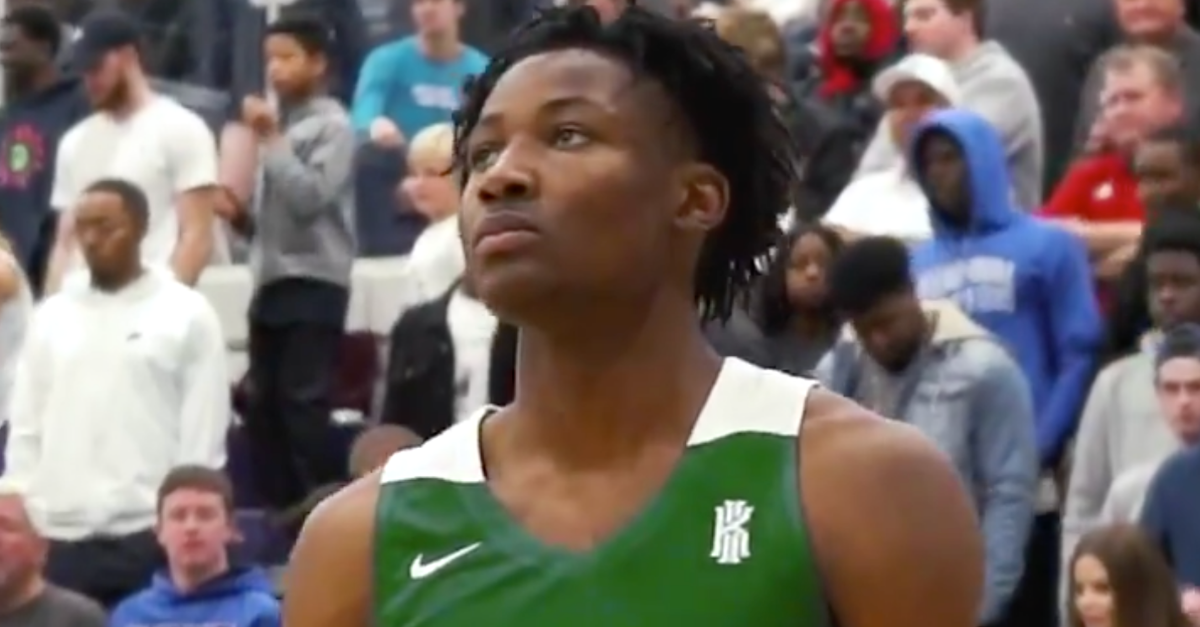 The Patrick School in Hillside, New Jersey, has a history of producing NBA talent. Brooklyn Nets’ point guard Kyrie Irving graduated from there in 2010. So did Dallas Mavericks forward Michael Kidd-Gilchrist the following year. High-caliber basketball players walk the halls year in and year out.

Jonathan Kuminga, a 6-foot-8 small forward, is next in line and could be the best yet to play for the Celtics.

Kuminga was the consensus No. 1 overall prospect in the 2021 basketball recruiting class before reclassifying to 2020, where he ranks No. 4 overall by 247Sports. He is an athletic specimen. He drives with purpose to the rim and finishes over defenders with thunderous dunks and soft touch. He uses his 6-foot-11 wingspan — along with pure athleticism — to swallow rebounds and block shots. The five-star recruit’s versatility ables him to reach the paint at will and guard any position. Kuminga’s just scratched the surface on scoring creativity, too. He has a decent shot, and once it’s more polished, he’ll be a matchup nightmare for opposing defenses.

A native of the Democratic Republic of the Congo, Kuminga was undecided about where to play college basketball before electing to reclassify to the class of 2020.

The Blue Devils were viewed as the favorite. Texas Tech became a player once they signed Kuminga’s brother, Joel Ntambwe, who transferred from UNLV. LSU also made some noise in the Kuminga sweepstakes but didn’t crack the top-10.

UPDATE (May 22, 2020): Kuminga took to Twitter as his list narrowed to four schools, plus a fifth option to turn pro. He announced his final five include:

NBA Scouts have hopped on the Kuminga hype-train. He’s projected to go at the top of the NBA Draft in 2021. He shows tremendous upside and fits well in today’s NBA.

One thing is for sure: if you find yourself in an open lane between Kuminga and the basket, stay out of the way or you might become a poster.

UPDATE (July 16, 2020): Revealing to The Athletic’s Shams Charania, Kuminga is skipping college and will prepare for the 2021 NBA Draft by playing in the G League.

Kuminga is expected to make around $500,000 next season, according to The Athletic, before entering the draft. The now-graduated high school star is widely projected as the No. 1 overall pick.

Top prospect Jonathan Kuminga’s G League deal is expected to be in the $500,000 range, sources tell @TheAthleticNBA @Stadium. Kuminga recently graduated from The Patrick high school, and now is a potential No. 1 pick in 2021. https://t.co/Wfm6uDIjgg

This article was originally published February 13, 2020. It’s been updated to track Kuminga’s recruitment and announcement that he’ll enter the G League.