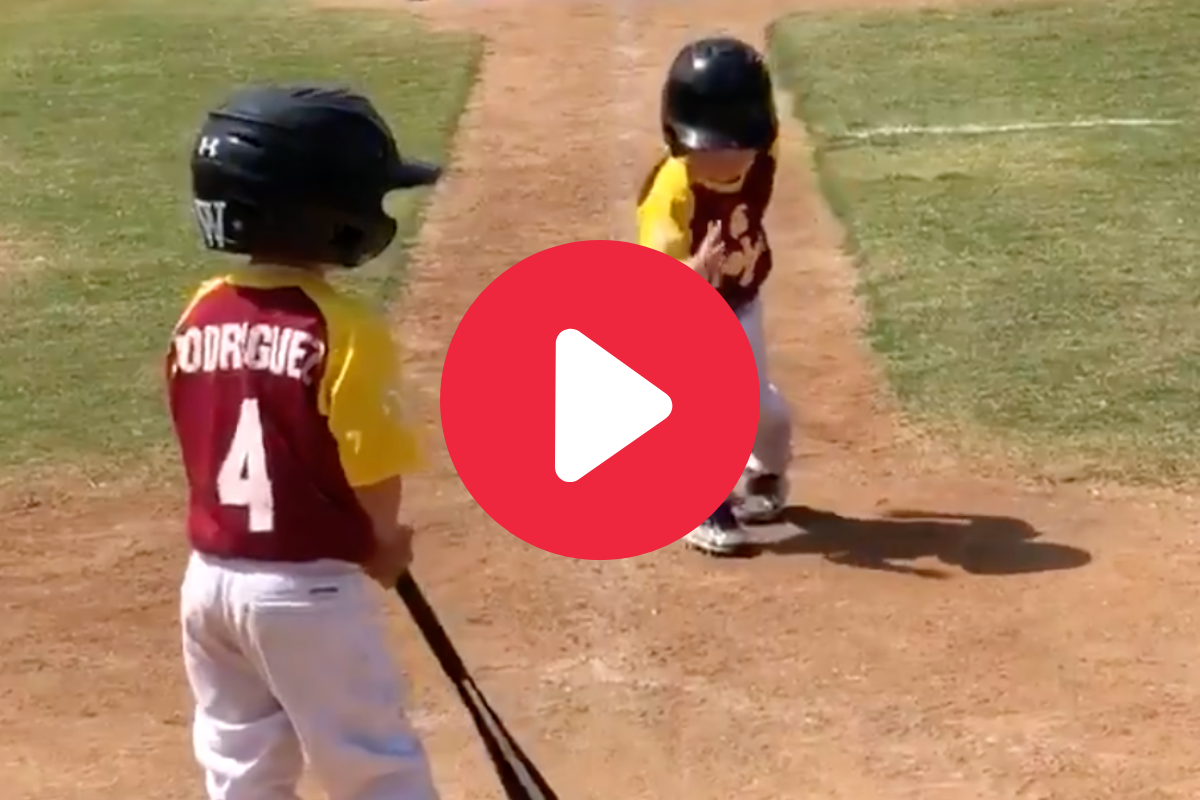 This adorable little boy is ready for the big leagues in baseball, but it’s not because he’s miraculously got the skills of a professional baseball player at such a young age. Lennox Salcedo is ready for the MLB because he has already merely perfected his slow motion run to home plate, with no need for video effects in any way.

When Lennox Salcedo was just 3 years old, he was ready on third base for his next move in his Little League baseball game. When his coach suddenly told him to run as hard as he could from his position on third base to home plate, the little kid had his own idea of how truly fast he should get there.

If any of you need a laugh, the coach told my cousin to run home as fast as he can and he delivered pic.twitter.com/VpBBzIEtzf

Everyone in the Walnut Valley PONY Little League baseball game in California erupted in laughter as little Lennox started running to home plate, but they were laughing because he wasn?t exactly sprinting there. In fact, he was doing the complete opposite. Lennox was doing his own version of a slow-mo run, as if someone put a slow motion video effect on what should’ve been a sprint to home base.

Although Lennox’s mom was out of town, Lennox’s father is seen trying to persuade and encourage the little boy to pick up the pace halfway to home. Leah Espinoza, the team mom, captured Lennox shooing his father off on video, as he chooses to finish his little slo-mo video montage. And his father backs off quickly to let Lennox enjoy the glory.

Lennox’s cousin, Tabby Rodriguez, posted the eventual viral video on Twitter, and it was trending with almost 10 million views. She told TODAY, “He was definitely trying to put on a show for everyone,” inferring that maybe Lennox is ready for the big leagues, as he?s already won the hearts of the crowd.

Lennox’s mother, Sabrina Salcedo, also told TODAY, “He is definitely a character,” unsurprised at her son’s choices. “The third base coach asked him to run fast to home plate, and Lennox gave him a thumbs up. And this is what he did.”

Well, at least when we see a real life slo-mo run to home base in the MLB in a few years, we will know that little Lennox made it.

Editor’s Note: This article was originally published to Rare.us on June 24, 2020.

About the author: Lauren Pineda
Lauren Pineda is a writer with a background in music journalism and pop culture. Her best writing comes from her passion for storytelling and connecting her audience. She lives and breathes any live music show or art event and enjoys listening to peoples’ stories.
View More Articles