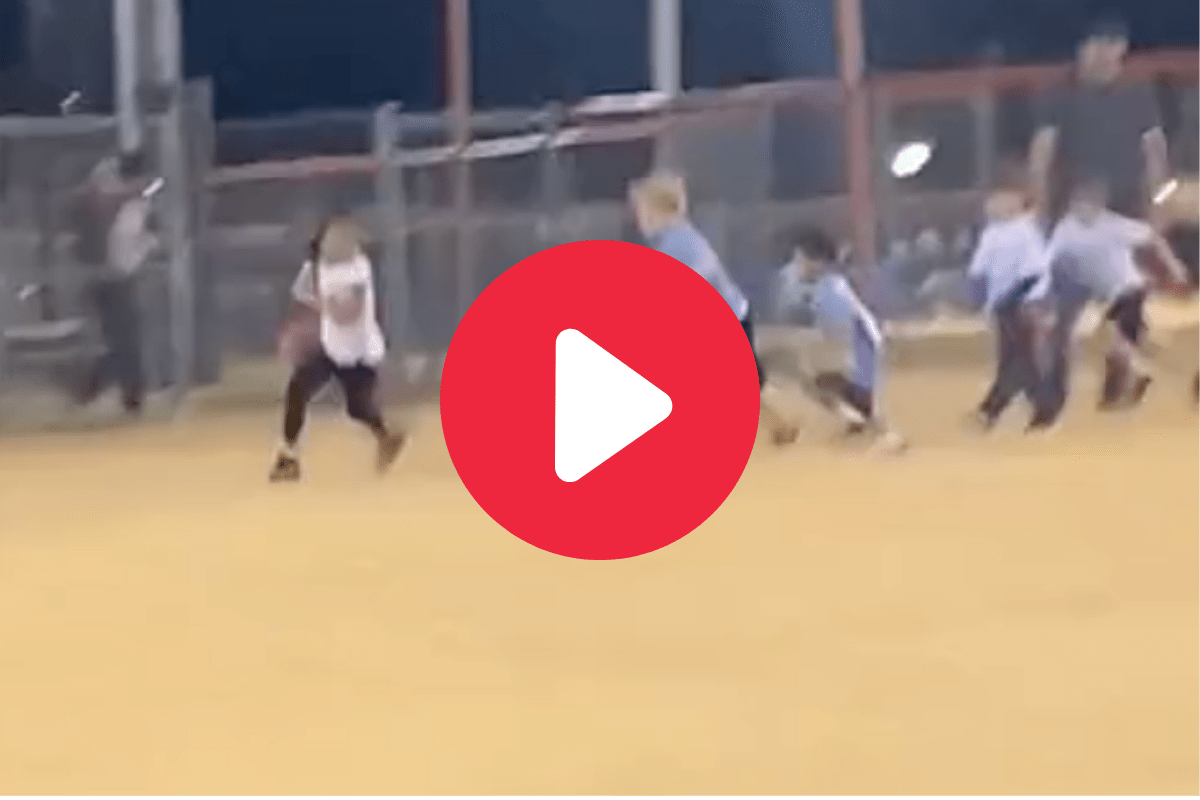 There?s nothing better than a girl dominating a field full of boys. Give a female running back or wide receiver the pigskin and watch them snatch the ankles off their male counterparts before strutting into the end zone ahead of their ponytail.

We?ve already seen one girl who did her best Randy Moss impression then juke another dude into another dimension. As the ?female Barry Sanders? found out, there can even be a lot of money on the table for these girl prodigies.

A 6-year-old went viral on TikTok and social media because, well, she?s just better than all the boys she plays with.

As you can tell, this little girl has some serious speed for her age.

Once she?s given the ball at the line of scrimmage and makes a beeline for the sideline, it?s game over for those poor boys. There isn?t anyone within five yards of her as she crosses the goal line after going the distance in a flag football game.

The video of her touchdown was posted by her mother under the TikTok account @kkelley3. It?s racked up more than two million views on the app, and she appears to be one proud mama. Can you blame her?

?I have one blessed daughter,? she wrote.

The video has been shared across Instagram pages like Houseofhighlights, where users have applauded the female football player?s athleticism.

?She woke up and decided to be a cheetah,? one wrote.

?I [didn?t] know Usian Bolt had kids,? another said.

The girl?s mother also posted another video of her racing around the base paths on a baseball field.

I don?t know what this little girl?s name is, but give it 15 years and she may be a household name in college football or the NFL.