Softball Player Intentionally Runs Over Infielder for No Reason 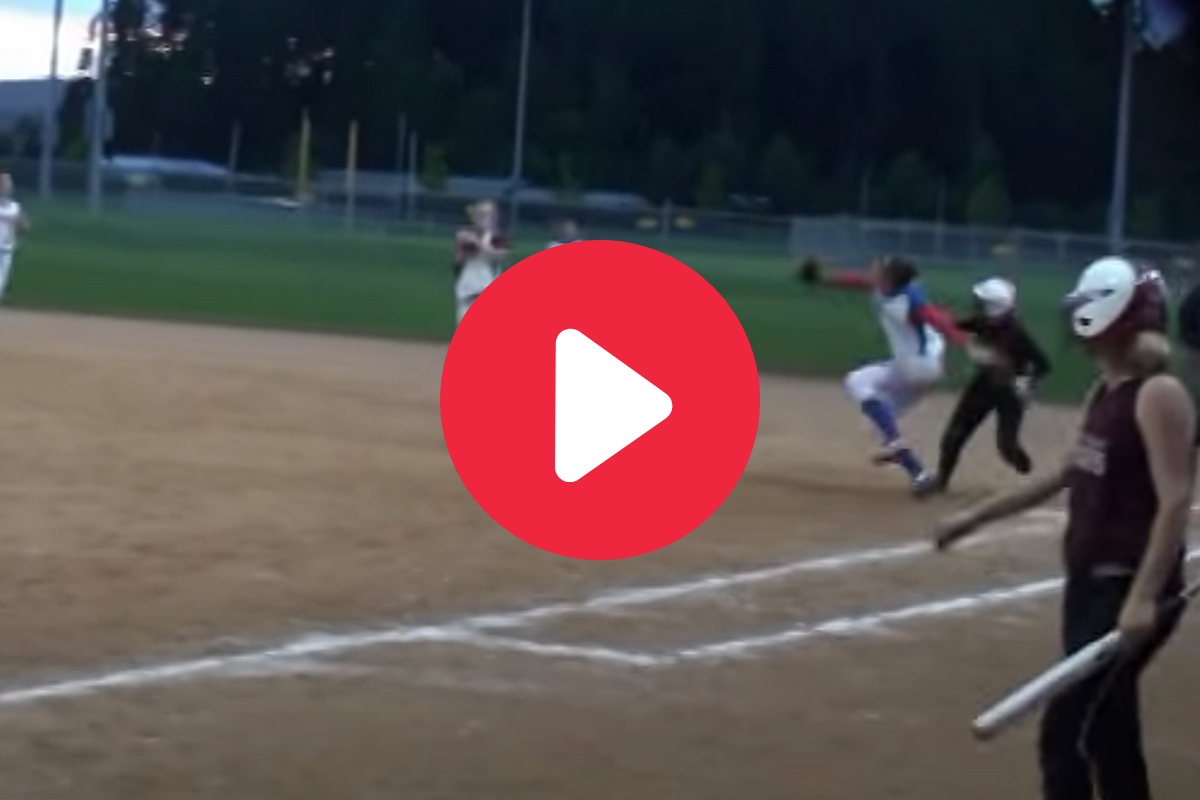 Softball is not the sport you think it is. It’s not exactly cute little girls who sing chants in the dugout and congratulate their opponents when they do well. In some cases, it is exactly the opposite.

We’ve written before about player who have jump-kicked catchers at home plate, pitchers who intentionally throw fastballs at umpires and girls who flatten the infielders in front of them even when it’s not necessary.

At this point, softball may as well be a contact sport the way some ladies play. The clip below is just another example of that.

At the Valley Invitational youth softball tournament in Portland, Oregon, one girl decided to take out all her frustrations on the first baseman after popping the ball up to the second baseman.

The batter starts out running hard, which is good. She then begins to veer to the right as if she’s going to round first base. As the batted ball is caught, the runner decks the first baseman and sends her to the ground.

So, was this an unsportsmanlike and dirty play or was she just hustling out a ball and had every right to round the base?

If you ask me, I think both the runner and fielder are a little bit in the wrong here. The first baseman shouldn’t have been standing on the bag — she definitely should have been paying more attention as well.

The base runner, despite deserving the path she took, knew what she was doing when she plowed into the girl with a full head of steam. The entire play was so unnecessary for a routine pop-up because the girl isn’t going anywhere if the ball is dropped anyway.

Next time, just run through first base, please.