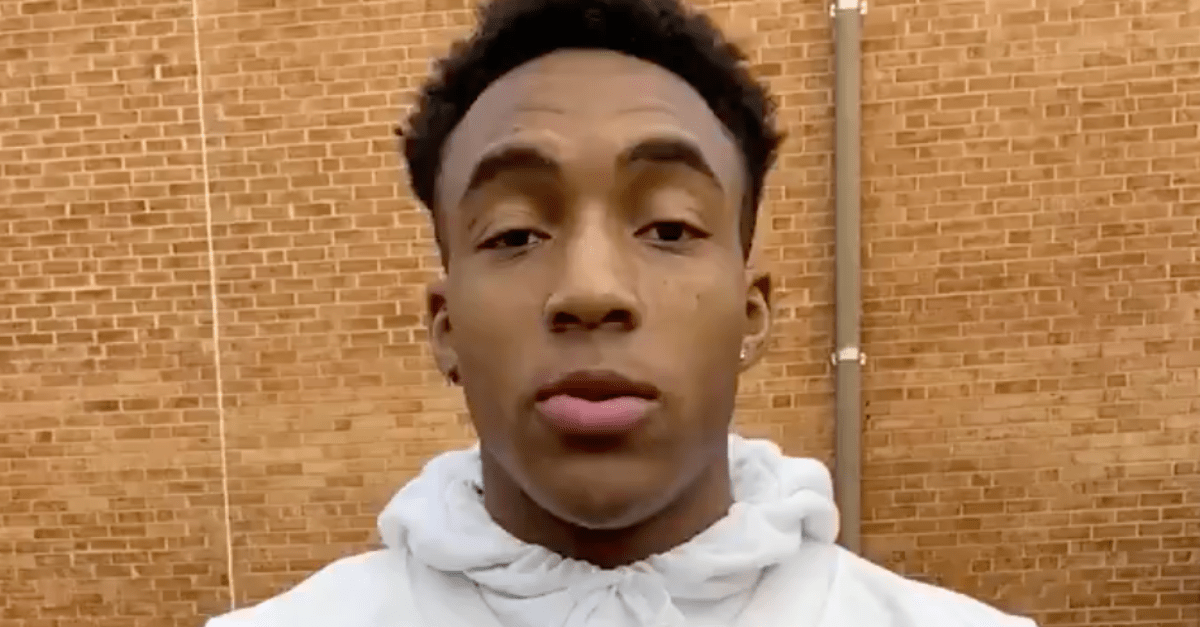 Five-star running back TreVeyon Henderson is a stud. There is really no other way to put it. What the 5-foot-11, 195-pound recruit has shown at the high school level is already special, and it?s what makes his potential even scarier.

Henderson, the nation?s No. 2 running back, according to the 247Sports Composite. The sensational 2021 prospect from Hopewell, Virginia rushed for 224 yards and four touchdowns in the state championship game and had a top speed of 21.6 miles per hour during a 99-yard touchdown run last season.

No other 2021 athlete has a faster max speed to-date @SWiltfong247 @AABonNBC @DemetricDWarren pic.twitter.com/UjeFp3Omnx

His junior year might have been Henderson?s true coming-out party to some fans, but college football programs have been after him, and his elite athleticism, for much longer.

Although he?s just a junior, TreVeyon Henderson?s recruitment has been epic. He?s already racked up at least 40 offers across the country, but recently cut his list down to nine finalists.

That means he has turned down some high-level offers from programs such as Alabama, Auburn, Clemson, Florida, Florida State, Indiana, Kentucky, LSU, Michigan State, Nebraska, Notre Dame, Tennessee, Texas A&M, and USC, among several others.

Then, on March 27, he announced his commitment.

In mid-March, Ohio State appeared to be the leader in the clubhouse, according to 247Sports, but many thought the commitment of running back Evan Pryor to the Buckeyes could open it up more for the other eight schools. Guess again.

It didn’t take much time at all for Henderson to pledge to Ohio State head coach Ryan Day and the Buckeyes for the 2021 class.

It doesn?t take long to notice how good Hopewell High School running back TreVeyon Henderson can be at the NCAA level and beyond. He?s big enough to break tackles in the backfield and fast enough to outrun pretty much anyone trying to catch him.

Needless to say, Henderson is going to be a great addition to Ohio State’s football recruiting class.

MORE: America?s No. 1 Recruit Remains Unsigned. Where Will He Play in 2020?