Chaplain Told to Stop Praying With Football Players Before, After Games 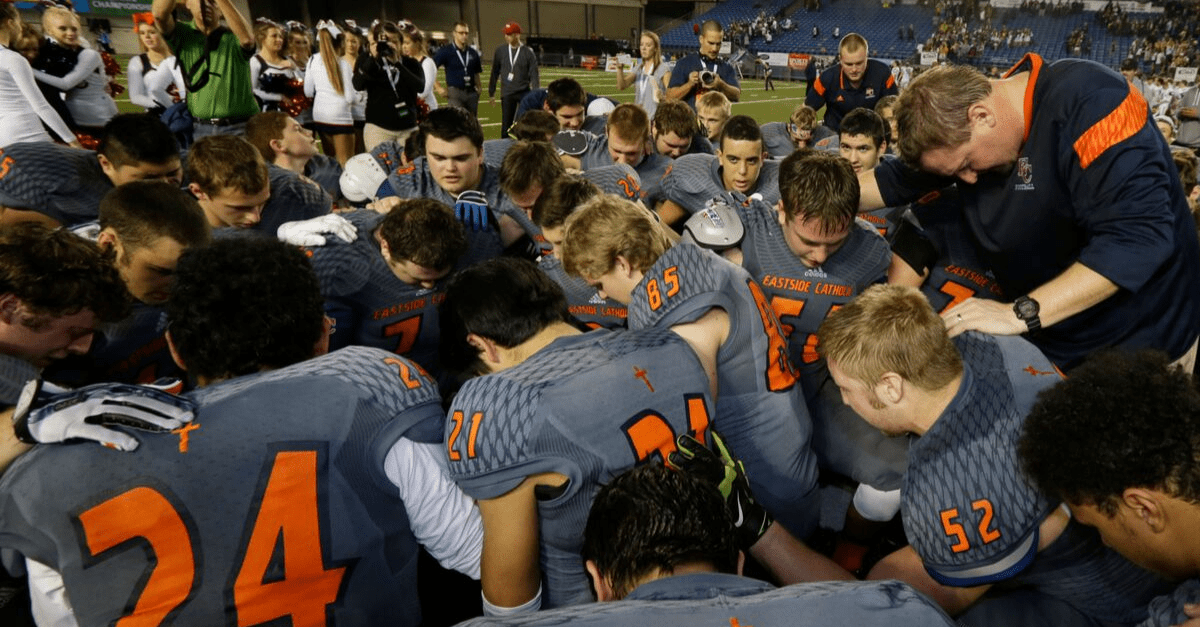 When it comes to high school sports, strange things happen. Just this year, a group of parents got mad and forced a coach to resign for giving up on a game late, a referee was suspended for forcing a wrestler to cut his dreadlocks, and a game ended in the first half because a player head-butted an official. There are countless examples across the country, and now you can add another one to the list.

In Des Moines, Iowa, parents were concerned about the role of Valley High School team volunteer Chris Barr, who is the team?s unofficial chaplain. You see, since Valley is a public school, and there are laws against religion in them, West Des Moines Community School District officials have told Barr to stop praying with the Valley Tigers football players before and after games.

As anyone can imagine, this caused quite the uproar. Barr, the high school football team?s volunteer chaplain who works with West Des Moines Community Schools Fellowship of Christian Athletes, is stuck in a battle determining a violation of the First Amendment with the district?s legal counsel.

“West Des Moines Community Schools (WDMCS) received written concerns from parents last week regarding the role WDMCS volunteer Chris Barr has with the Valley High School football team as a self-described chaplain, in light of laws regarding religion in public schools. Based on legal counsel, he was told to temporarily refrain from this activity while we reviewed the concerns.

“Based on our review and guidance from legal counsel, it is necessary for District administration to work with the athletic director and coaches to determine and make appropriate changes.

“Student-led gatherings continue to be protected in accordance with law, including prayer or other religious activities. We will also continue to work with all student activities/clubs, including the Fellowship of Christian Athletes (FCA), to ensure meetings are student-led and provide equal access to all students.

“As a public school district, we must remain neutral when it comes to a particular religion or religion in general. We are committed to protecting the best interests of all students and families by responding to concerns and adjusting any past practice as needed, so that we can provide the best learning environment possible.”

On online petition called ?Keep Chris Barr as Tigers Chaplain? was started on Change.org. The group was hoping for 100 signatures. It received over 1,200 before the petition closed.

Did the West Des Moines Schools officials get this one correct? Should a volunteer chaplain not be allowed to pray with players at a football game, even if it?s with Christian students?

This is a very touchy subject, obviously, but there?s plenty of support of Barr ahead of this Friday?s game.