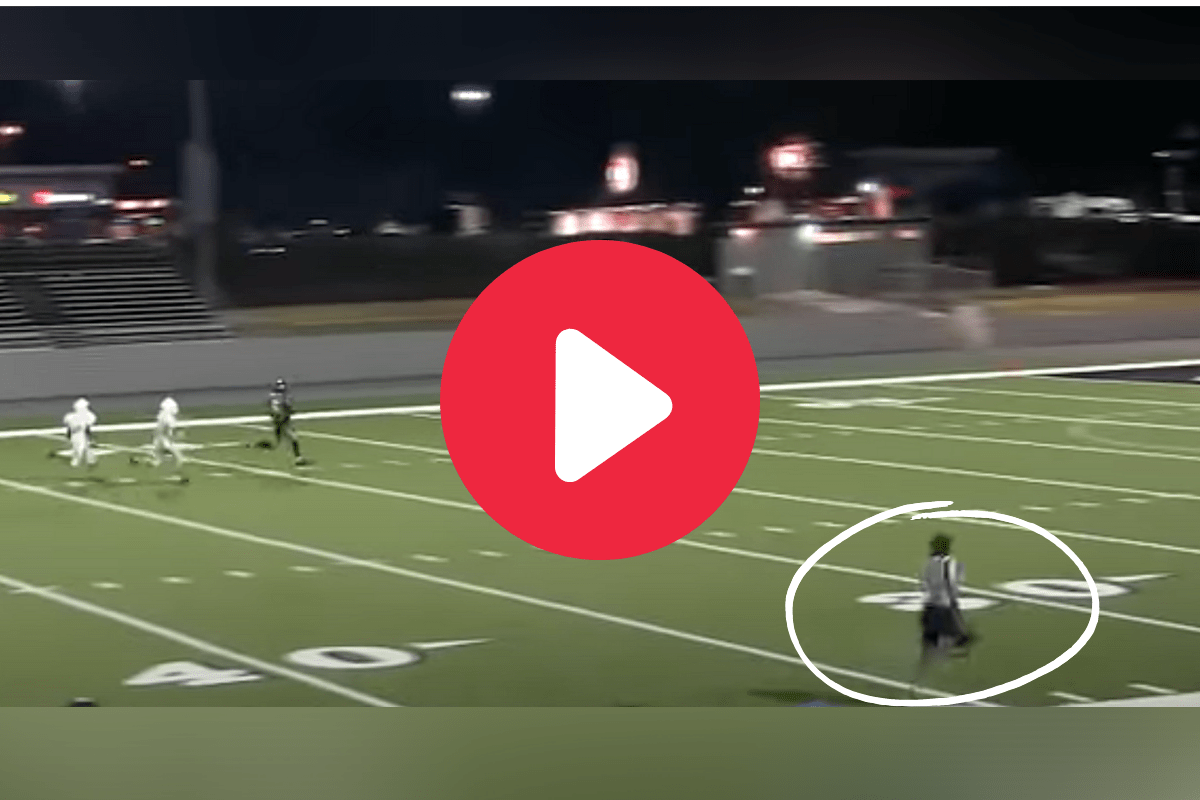 Usually it isn’t a good thing when referees steal the show at a sporting event, but an exception has to be made for this official.

During a high school football game in California, the running back broke loose for a long touchdown run. But suddenly, out of nowhere, a referee is spotted running down the field at lightning speed, and he eventually passes the running back.

RELATED: Angry HS Player Tackles Referee After He Ejected Him

His 40-yard dash time might’ve broken a record at the NFL Combine. Seriously, that referee has some wheels. Try clocking him yourself. I had him around 4.5 seconds.

If any teams in the NFL are lacking in the speed department, they might want to give this referee a call.

The Flash-like referee was identified as Steve Pollard, and this wasn’t the only time he went viral for blazing down the sideline at a game. In fact, some outlets have called him “the world’s fastest referee.”

“All I like to do is live up to the reputation that precedes me. And I was wondering what my speed would be like, and I found out it’s still there,” Pollard said. “Trust me, if there’s a ref that wants to put it down, I’m up for the challenge.”

If I were a running back in high school, I’d never want Pollard to overshadow a touchdown.

This post was originally published on September 6, 2017 but how often do you see wheels like that on a referee?