Angel Hernandez is the worst home plate umpire to ever say "Play Ball!" on a Major League Baseball diamond. I know it. You know it. We all know.

There are few umpires whose names invoke rage in every baseball fan. Jim Joyce could be second place, but Angel Hernadez is miles ahead of him. At least with Joyce fans are able to remember specific calls he botched. Ask 100 fans about Angel Hernandez's worst missed call and you'll get one hundred different answers.

But the one thing they'll all agree on? Angel Hernandez is bad for baseball. 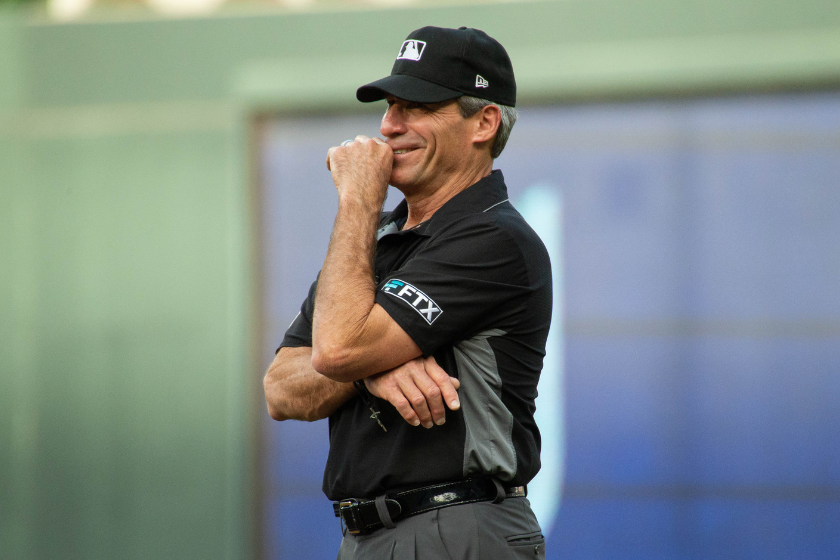 Born in Havana, Cuba, Hernandez left the Caribbean Island when he was just 1 years old, as his parents fled the Castro regime. It wouldn't be until 2015 that Hernandez would return to Cuban, with the intent of spreading his father's ashes in his old neighborhood. A few months later, he would return to umpire the first MLB game held in Cuba since 1999.

A lifelong fan of the game, Hernandez made his MLB umpiring debut on May 23, 1991, but he wouldn't make his signature impact on the game until almost a decade later when he blew a call at home plate during a Mets game in 1998. Hall of Fame catcher Mike Piazza complained to members of the media after the game saying the blown call was the worst he had ever seen in his baseball career. Oh, Mike, you don't know the half of it.

The 60-year-old Hernandez is such a terrible umpire that he attempted to sue MLB for racial discrimination, citing the fact that he was not scheduled for any World Series games and had been passed over for promotions to umpiring crew chief. When that case made its way to the United States District Court for the Southern District of New York, Hernandez found that much like the teams he umpires for, he didn't like the ultimate ruling.

United States District Judge J. Paul Oetken ruled in favor of Major League Baseball, stating that "the court concludes that no reasonable juror could find that MLB's stated explanation is a pretext for discriminatory motive." But that's not all. The honorable Judge Oetken added, "The evidence shows beyond genuine dispute that an umpire's leadership and situation management carried the day in MLB's promotion decisions."

It is now in the legal record, that Angel Hernandez is a terrible umpire. But again, we already knew that.

Angel Hernandez is Bad, But He's the Worst on National TV 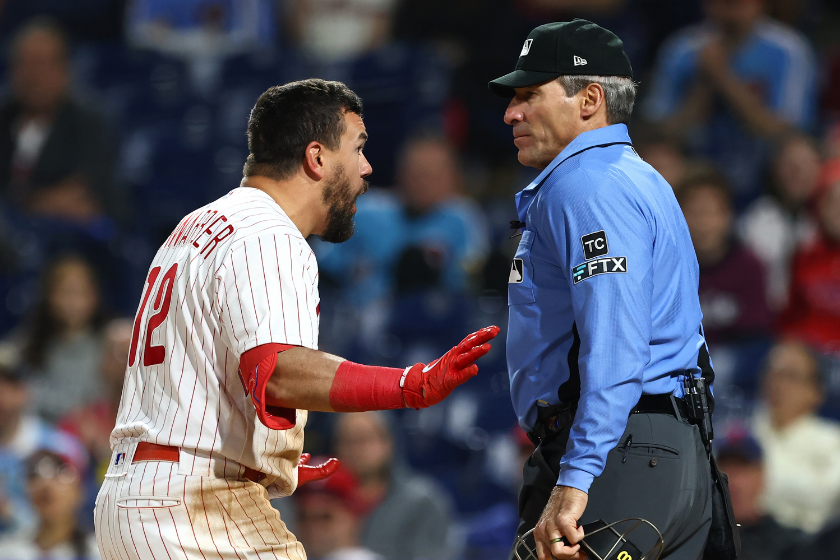 Related: How Much Do MLB Umpires Make?

At the time of publication, one of the most recent Angel Hernandez fiascos came in a Sunday Night Baseball game on ESPN between the Milwaukee Brewers and the Philadelphia Phillies, when Philly outfielder Kyle Schwarber said what we were all thinking: Professional Umpire Angel Hernandez has the worst strike zone of all-time.

Schwarber's ninth-inning ejection came swiftly after he was called out on "strikes" as if Hernandez knew exactly what was going to happen. If that's the case, then Hernandez has already given up the game in a way. If you know you are bad at your job to the point where you instantly know someone is going to be upset, then you are a menace to society. The audacity of home plate umpire Angel Hernandez is otherworldly, especially after horrible strikeout calls. He knows he's making bad calls, he knows he's missed calls, he just doesn't care. You don't need to be a Phillies fan to believe Schwarber. And the best part is that Schwarber argued that Hernandez made terrible calls for the other team as well!

A major league batter screams in your face and you have the audacity to stand there and smile? That's the worst kind of MLB umpire there is. Angel Hernandez is ejecting players because he knows he can and they can't do anything about it.

UmpScorecards, a Twitter account and website that serves as an umpire auditor, noted on their scorecard that during the Brewers/Phillies matchup that 11 of the 48 called strikes from Hernandez were actually "true balls." The most impactful missed calls came against the Phillies in at-bats from Jean Segura, Johan Camargo and, of course, Schwarber. Each of the non-Schwarber at-bats came with runners in scoring position with the score tied at 0-0. Even worse? UmpScorecards noted that Angel Hernandez's inability to call a proper strike zone gave the Brewers a +0.77 run advantage. Milwaukee would win the game, 1-0. You can argue that Schwarber's third strike was "too close to take," as Mets color commentator Keith Hernandez likes to do, but there's "too close to take" and "too close to take from a bad umpire with a zone that looks like the Nickelodeon 'splat' logo."

The old adage "no one comes to the ballpark to watch an ump" is completely true, but Hernandez seems hell-bent on proving it wrong. What makes his quest to become the worst umpire of all-time even more infuriating is that it comes during a time when baseball is fighting for its life against the other four major professional leagues.

In a nationally televised game, between two teams who have been in the mainstream for the last few seasons, Angel Hernandez is a threat to the game's relevancy. It's not like this is a game between the Royals, Tigers or Athletics, or any other team in the midst of a rebuild. This was a game between two potential playoff teams, while MLB is competing with the NBA Playoffs for viewers. It's a bad look.

Even late in the season, with one of the best pitchers on the planet on the mound, Hernandez still cannot figure out how to correctly call balls and strikes. Serioulsy. If deGrom thinks you have a bad zone, listen to him. That's like Picasso telling you that you can't paint.

Ask any baseball fan, they'll tell you that seeing Angel Hernandez behind the plate will make them turn a game off immediately. If there's one thing that brings Mets and Yankees fans together and is something Los Angeles Dodgers and San Francisco Giants fans both agree on, it's this: Angel Hernandez needs to go the way of the extra-inning runner on second rule. Gone by the end of the year.

Let's just face facts here: If you or I were as terrible at our jobs as Angel Hernandez is at his, we'd both be fired by now.

This article was originally published on April 26, 2022, but Angel Hernandez remains terrible.