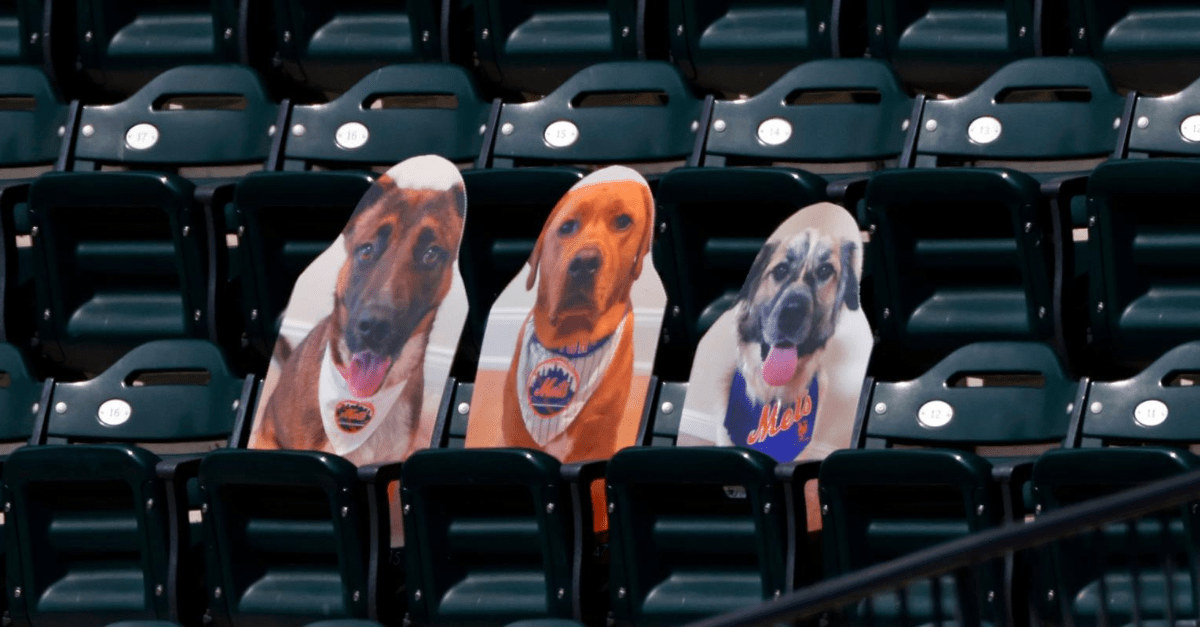 NEW YORK (AP) ? A cardboard cutout of a dog at Citi Field got her paws on a home run ball Saturday.

Easiest game of fetch Willow McNeil will ever play.

Willow was one of three pretend dogs propped up in the first row behind the right field wall for New York’s second game of this 60-game season shortened by the coronavirus pandemic.

With spectators locked out of Citi Field, Mets fans have purchased the right to have cardboard likenesses of themselves put in the seats.

Right fielder Michael Conforto bought one for each of his dogs, Griffey and Kali, but didn’t like that they were set up down the third base line for Friday’s season opener. He pulled them out of the stands during batting practice and had them relocated to right field so they could sit behind him while he played defense. Willow’s likeness went along to keep them company.

McNeil first met Willow, believed to be Alaskan malamute, great Pyrenees and shepherd mix, a year ago Sunday during a pregame adoption event at Citi Field. His wife, Tatiana, was initially hesitant to let McNeil bring home the puppy, but she caved when McNeil clubbed a three-run homer later that night.

Willow certainly seems happy with her new home. She and Mac, the McNeil’s cat, are frequent cuddle buddies with over 16,000 Instagram followers.

A stadium employee walked into the pup section after the inning and retrieved the ball, which was sitting in the seat propping up Willow’s likeness.