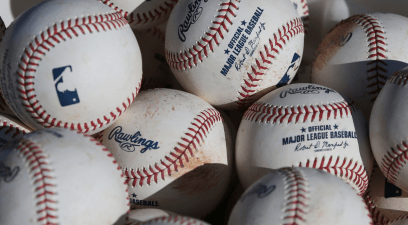 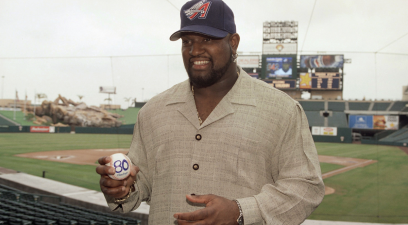 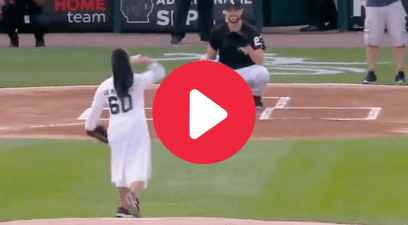 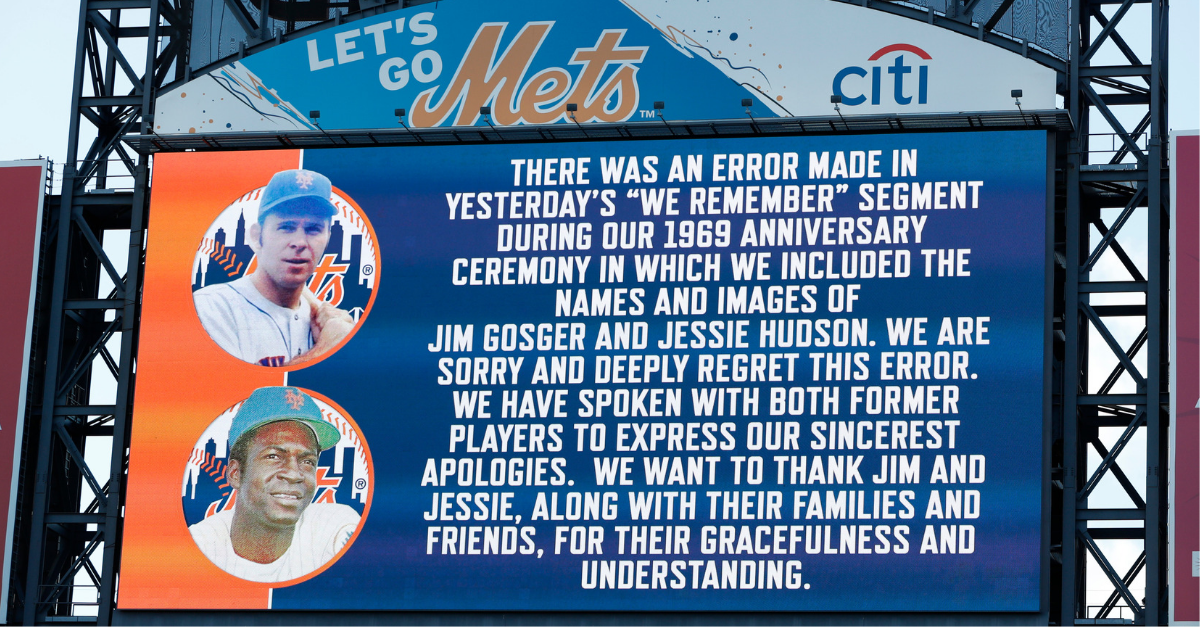 NEW YORK (AP) — In the latest embarrassment for the New York Mets, the team has publicly apologized to two living members of its 1969 World Series championship team who were included in a video montage of dead players during the 50th anniversary celebration.

With a message that filled up one Citi Field scoreboard about 15 minutes before Sunday night’s game against Atlanta, the Mets expressed deep regret to Jim Gosger and Jesse Hudson for displaying their names and images in error during the “We Remember” segment of Saturday’s ceremony.

The club says it has spoken with both former players to apologize and wants to thank them along with their families and friends for their “gracefulness and understanding.”

The Mets have apologized to two living members of its 1969 championship team who were included in a video montage of dead players Saturday.

“Somebody from the Mets called me that night and said, ‘We’re awful sorry about the screw-up,'” Gosger told his hometown newspaper, the Times Herald of Port Huron (Michigan). “I said, ‘What’s done is done.’ But I don’t know, it was a shock, I will say that.”

Equally upsetting as the Mets informing the world that he was dead was not getting an invitation to the ceremony, Gosger said.

“I didn’t get an invite for that either but then they recognize you for being dead, that’s what really hurt,” he said.

Gosger said the Mets could make things up to him by giving him a World Series championship ring from 1969. He got one from 1973 but not 1969.

“I was there in ’69 and I didn’t get the ring, and that’s the thing I wanted more than anything, the ring,” he said.

Perhaps another apology will follow from the Mets, who won Sunday for only the fifth time in 18 games. On the scoreboard, they misspelled Hudson’s first name as “Jessie.”