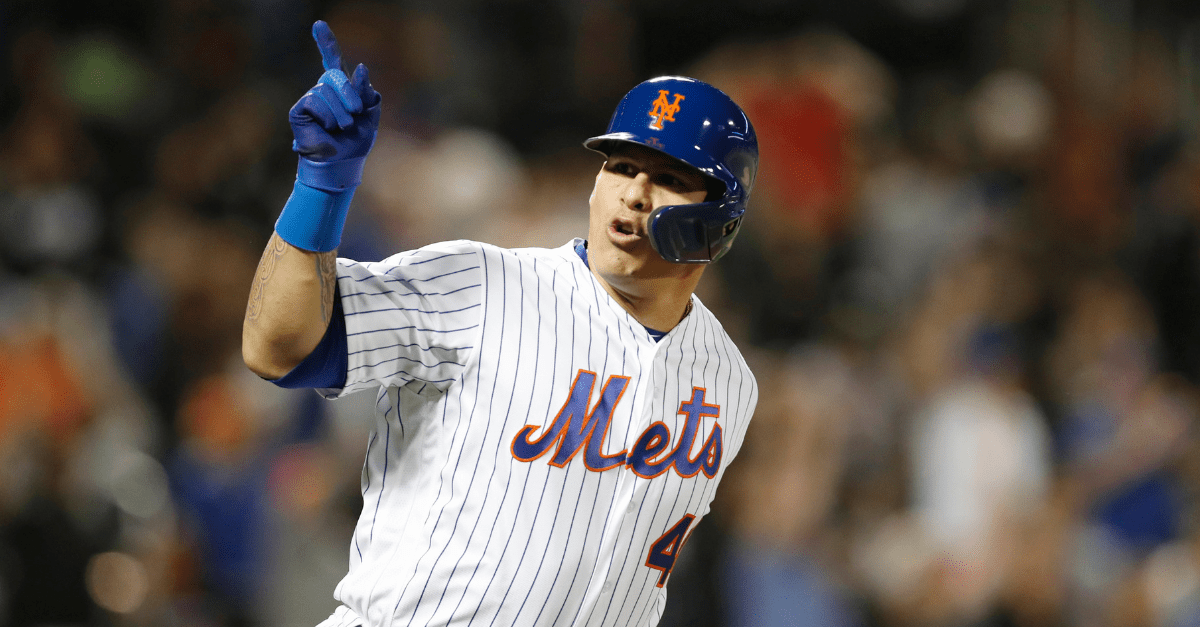 The New York Mets are the true definition of an average baseball team. Things could be a lot worse, of course, but they could also be a lot better for the MLB ball club. The last thing this team needs is a distraction, but that didn’t stop a player’s wife from delivering some life-altering news in the middle of the game.

As Mets catcher Wilson Ramos made his way to the on-deck circle, the veteran looked focused to get a hit in the fourth inning against the St. Louis Cardinals on Thursday night. Then, all of a sudden, his wife Yely Ramos goes running down the Citi Field steps holding a sign.

It read: “We’re PREGNANT! Wilson, this is your 3rd child. We LOVE YOU!”

Seriously, this actually happened in the middle of a Major League Baseball game.

Here’s the video of Wilson Ramos wife coming down with the sign telling him that she is pregnant with their third child. Awesome stuff. Congrats @WRamosC3 family! (video via @michebag22) pic.twitter.com/rk7rUYATSa

In a world filled with things like crazy gender reveals, this certainly ranks high on the insane meter. Let’s just say it’s not normal for a significant other to show up to your work to announce a pregnancy for your third child, especially not a baseball game in front of thousands of people.

But that’s what happened here.

The 31-year-old Ramos was caught off guard before his at-bat, which is completely normal. Then he struck out looking and walked back to the dugout, which is exactly the outcome many would expect after such a surprise.

However, the veteran catcher loved it, was shocked, and is excited for his new child on the way.

Wilson Ramos' wife gave him a tremendous surprise last night. When Ramos was in the on-deck circle preparing to bat, his wife ran down the stands and held up a sign announcing that she's pregnant with the couple's third child.

“That was an amazing moment. She kept that secret really well. She didn’t tell me nothing, eight weeks. That was a great moment.”

Ramos’ wife deserves a lot of creativity for the pregnancy announcement of the couple’s third child.

READ MORE: Feast Your Eyes On the Worst First Pitch in Baseball History