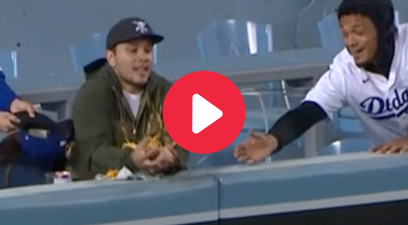 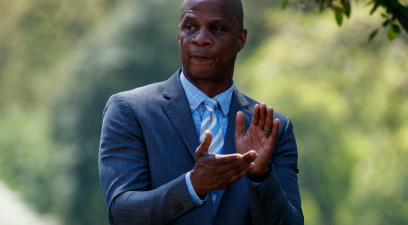 President Joe Biden told ESPN on Wednesday it was a mistake for the Texas Rangers to allow full capacity at their ballpark for their first game.

Speaking on the eve of opening day, Biden also said he supports discussions between Major League Baseball and the players’ union on moving the All-Star Game from Atlanta over concern about legislation adopted in Georgia restricting voting rights.

Fans are set to return to major league stadiums on Thursday after they were kept out during the regular season last year because of the coronavirus pandemic.

“I think it’s a mistake. They should listen to Dr. Fauci and the scientists and the experts.” pic.twitter.com/MjCZpuLZMN

Capacity will be limited to about 12% in Boston and Washington. Twelve teams are at 20%, Colorado at about 43% and Houston at 50%.

“Well, that’s a decision they made. I think it’s a mistake,” Biden told ESPN. “They should listen to Dr. (Anthony) Fauci, the scientists and the experts. But I think it’s not responsible.”

Major League Baseball is encouraging everyone involved with the sport to get vaccinated against COVID-19 as soon as possible. A three-page memorandum from MLB and the players’ association sent to players and staff on Monday says some restrictions will be eliminated when 85% of major league players and primary field staff are vaccinated against the coronavirus.

But Major League Baseball isn’t requiring the vaccine for players or staff. Asked how he would advise players who might feel hesitant about the COVID-19 vaccine, Biden said: “I would say I’m President of the United States and I got vaccinated. I don’t have an unimportant job. Would I take the vaccine if I thought it was going to hurt me? We have done incredible research on the vaccines and they have shown that they work. We have to get to the point where enough people have taken the vaccine so we diminish the possibility for it to spread.”

The Nationals announced Wednesday that they had a player test positive for COVID-19, and four teammates and a staff member had been quarantined after contact tracing. They are scheduled to host the Mets on Thursday night.

Baseball Commissioner Rob Manfred and union head Tony Clark also are discussing the possibility of moving the All-Star Game because of the legislation adopted in Georgia restricting voting rights. Manfred said Wednesday he is talking to “various constituencies within the game” about the issue.

Rangers at full capacity isn't a great idea. We're so close – start at 35%. Increase by 5-10% every week as long as it's good. It'll raise every team's capacity. But if it becomes a super-spreader, you take the rest of MLB down with you and they won't have fans.

Georgia’s new law adds a photo ID requirement for voting absentee by mail, cuts the amount of time people have to request an absentee ballot and limits where drop boxes can be placed and when they can be accessed. It also bans people from handing out food or water to voters waiting in line and allows the Republican-controlled State Election Board to remove and replace county election officials while curtailing the power of the secretary of state as Georgia’s chief elections officer.

Clark has said he “would look forward” to discussions around moving the Midsummer Classic out of Truist Park, and Biden said he would “strongly support” such a decision.

“People look to them,” Biden said, referring to professional athletes. “They’re leaders. Look at what happened with the NBA, as well. Look what’s happened across the board. The very people who were victimized the most are the people who are the leaders in these various sports, and it’s just not right. This is Jim Crow on steroids what they’re doing in Georgia and 40 other states.”