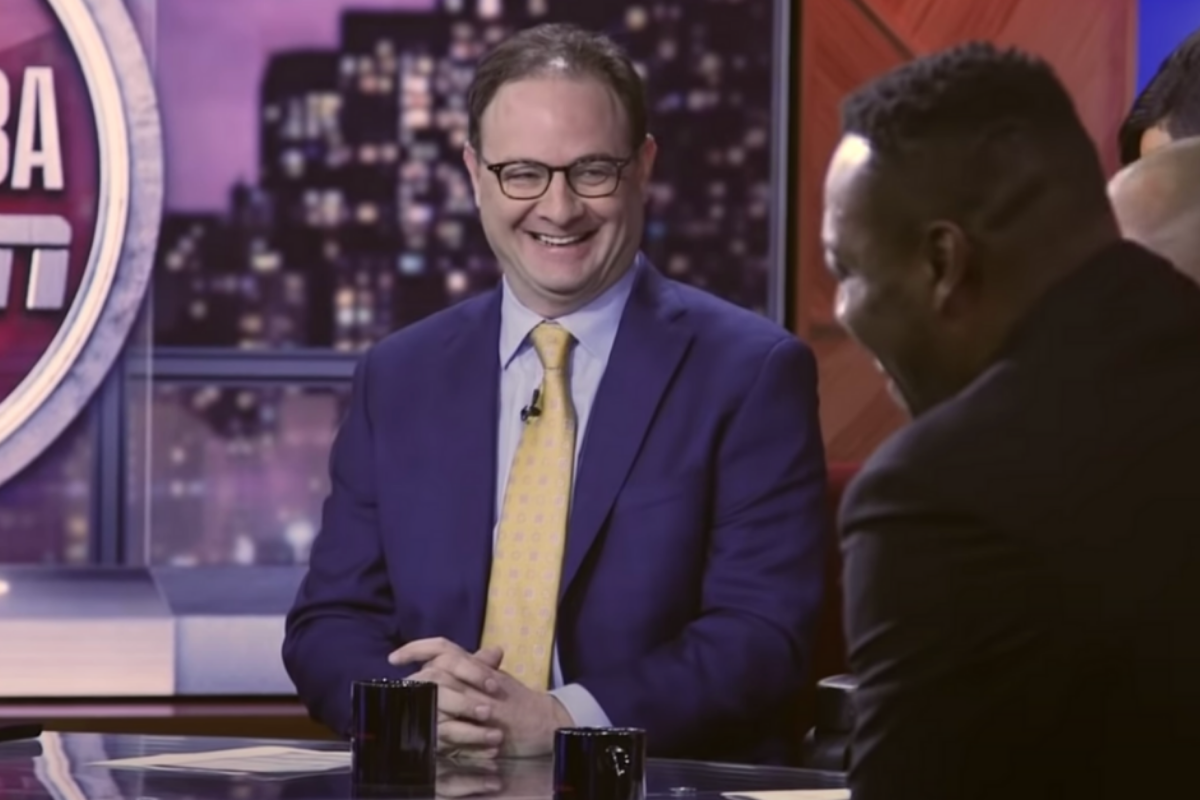 NBA Twitter is a rugged terrain to navigate. Varying opinions are thrown out and takes become hotter than an August day in Texas. It can be taxing, as #thisleague offers plenty of stories for @WarriorsFan77445 to dish a viewpoint and ruffle some feathers.

ESPN’s Adrian Wojnarowski doesn’t partake in this madness, he commands it.

The basketball world stands still when he sends a tweet, and his NBA news is captivating enough to spark tweets about his tweets. The man has the power to shift tectonic plates when he pushes send. From the NBA Draft to free agency in the middle of summer, there is always a perpetual “Woj Bomb” warning.

NBA fans need to turn on their social media notifications during that time period. Woj could send something that alters the landscape of the league. Like a Kyrie Irving and Russell Westbrook trade that I’m praying happens.

Wojnarowski is the pinnacle news breaker in sports media. A lucrative bank account comes with a title like that, too.

Congrats to Jandoli School alum @wojespn '91 on being named National Sportswriter of the Year by the National Sports Media Association for the second year in a row!!! He's a hoops scoop machine! #WojBomb #bonasJschool https://t.co/D9CKDcRvUw pic.twitter.com/Q37lPafeTD

Adrian Wojnarowski was born in Bristol, Connecticut on March 4, 1969. He graduated from Bristol Central High School in 1987 and attended St. Bonaventure University, where he graduated in 1991.

As a high school senior and on breaks from St. Bonaventure, Woj worked for the Hartford Courant.

The Bristol Project: How Woj Created the Woj Bomb

After college, Woj was hired as a sports writer for the Fresno Bee. After two years, he moved back to the East Coast to work for The Record in New Jersey. The American sports columnist earned the Associated Press Sports Editors’ “Columnist of the Year” in 1997 and 2002 while also contributing to ESPN.com. Woj wrote the New York Times best-seller: The Miracle of St. Anthony: A Season with Coach Bob Hurley and Basketball’s Most Improbable Dynasty in 2006.

Wojnarowski joined Yahoo! Sports full-time in 2007 and started writing national stories. It was during his tenure on Yahoo’s basketball site, The Vertical, that he gained notoriety as one the best-connected NBA insiders in the business. He became known for tweeting picks and trades ahead of the official announcements on NBA Draft night. In the mid-2010s, the journalist was criticized for his apparent bias against Los Angeles Lakers superstar LeBron James.

Like the NBA players he reports on, the sports reporter entered media free agency on July 1, 2017 and took his talents to ESPN. He hosts his own podcast, “The Woj Pod”, and regularly appears on The Jump, NBA Countdown, and SportsCenter.

In April 2020, in the midst of the coronavirus pandemic and COVID-19, Sports Illustrated produced a mini documentary about him entitled “Woj Bomb.” Later that year, Woj was suspended by ESPN for his explicit response to Missouri Republican Senator Josh Hawley’s letter to NBA commissioner Adam Silver concerning social justice statements on the back of jerseys.

Woj’s net worth is estimated to be between $1 million and $6 million. According to Outkick.com, his annual salary is $10 million per year thanks to a new contract he signed with ESPN in March 2022. NFL insider Adam Schefter will reportedly make the same amount.

Wojnarowski built his network through relationships with league personnel and team front offices. The NBA’s latest breaking news flows through him in the form of an explosive and he’s paid quite well for it.