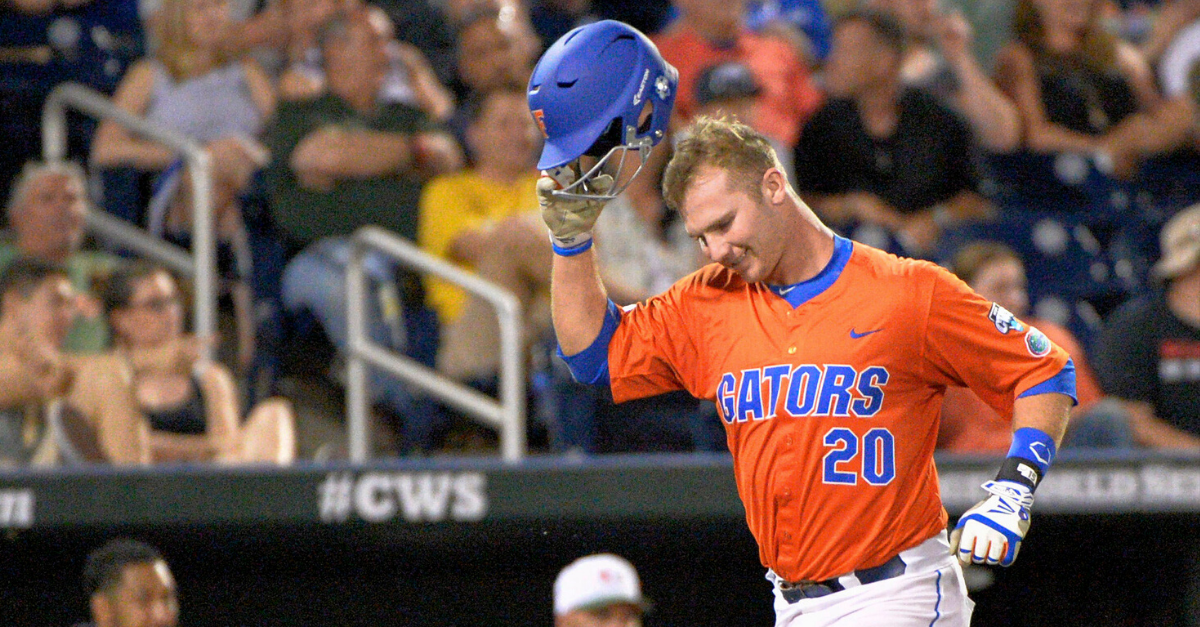 NEW YORK (AP) ? Young sluggers known for their prodigious power, Pete Alonso and Yordan Álvarez knocked the Rookie of the Year voting out of the park.

In a rarity for the major league home run leader, Alonso didn’t land the biggest blow.

Alonso, a star first baseman with the New York Mets, got 29 of 30 first-place votes for NL Rookie of the Year. Braves right-hander Mike Soroka got the other first-place vote and finished second in balloting by the Baseball Writers’ Association of America revealed Monday night.

“To just win the award, doesn’t matter if it’s unanimous or not,” Alonso said. “It’s still such a blessing.”

Álvarez, a hulking designated hitter from the Houston Astros, earned all 30 first-place votes to become the 24th unanimous selection since the award was introduced in 1949.

“I was really not expecting it,” Álvarez said through a translator.

The 24-year-old Alonso led the majors with 53 homers, one better than Yankees slugger Aaron Judge’s rookie record from 2017. “Polar Bear” Pete became the face of baseball in Flushing, beloved for his power, personality and philanthropy. He’s the sixth Met to win the award and first since teammate Jacob deGrom in 2014.

Padres shortstop Fernando Tatis Jr. was third in NL balloting. The only voter to place Soroka ahead of Alonso was Andrew Baggarly of The Athletic. Alonso was the only NL player named on every ballot.

Álvarez, a 22-year-old from Cuba, played 87 games after debuting in June, fewest by any position player to win AL Rookie of the Year. He hit 27 homers, batted .313, drove in 78 and had a 1.067 OPS for the pennant-winning Astros. He struggled at times in the postseason, but that was after voting had concluded.

“My whole family was telling me I would be the winner of the award,” Álvarez said. “And once I was selected as the winner, I was very excited.”

He’s the third Houston player to win, following teammate Carlos Correa in 2015 and Hall of Famer Jeff Bagwell in 1991.

.@Pete_Alonso20 is your NL Rookie of the Year. ʕ•ᴥ•ʔ pic.twitter.com/UzmSbNKPQg

The Mets agitated their fans by stashing Alonso at Triple-A through the end of the 2018 season, citing his inadequate defense at first base. He went to spring training this year battling with buddy Dominic Smith for the starting job, and Alonso wasn’t even certain to crack the opening-day roster until being declared New York’s primary first baseman a day before the regular season.

Alonso said he was challenged by first-year general manager Brodie Van Wagenen to “show up in shape and earn your spot.”

“I felt like I answered the bell,” Alonso said.

The former Florida Gator became an instant star in the Mets’ blue and orange. Wielding his hefty 34-inch, 32-ounce birch bat, Alonso hit .292 with nine homers, 26 RBIs and a 1.024 OPS over March and April, claiming the first of three NL Rookie of the Month honors. He put on a power-packed show while winning the All-Star Home Run Derby, and then cemented his fan-favorite status by donating $100,000 of his $1 million derby prize to charities supporting injured soldiers and 9/11 workers.

“Pete kept the same attitude that he came in spring training with through the entire season,” Van Wagenen said. “He was a good teammate. He was a true professional. And obviously, he was a lightning in a bottle for all Mets fans.”

Alonso wore a hat reading “100%” on the broadcast while being named the NL winner, but his vote total didn’t match. The upbeat slugger was all smiles as usual ? just like when teammates ripped off his jersey following a game-ending walk in September.

“I’m not taking my shirt off for this one,” Alonso joked.

With a left-handed swing reminiscent of long-legged Hall of Famer Willie McCovey ? another unanimous Rookie of the Year pick ? Álvarez immediately entrenched himself in the middle of Houston’s batting order. He hit seven homers in his first 12 games, and his OPS ranked fifth in the majors after he debuted June 9.

Álvarez’s OPS was the highest ever by a rookie, surpassing Shoeless Joe Jackson’s 1.058 mark in 1911.

“It’s a dream for every player to get to the major leagues,” Álvarez said. “I was basically living my dream.”

McCovey appeared in 52 games while winning the NL award in 1959, the only total lower than Álvarez.

He is the second consecutive DH to win the AL prize, following two-way Angels star Shohei Ohtani. Álvarez said he is preparing to be an outfielder in 2020 by working in Florida on his agility and speed.

Managers of the Year will be announced Tuesday. The AL ballot figures to be tight between the Twins’ Rocco Baldelli, Yankees’ Aaron Boone and Rays’ Kevin Cash. Baldelli led the Twins to 101 victories, a 23-win improvement from 2018; Boone guided the Yankees through an unprecedented onslaught of injuries to an AL East title; and Cash pushed payroll-strapped Tampa Bay into the postseason.