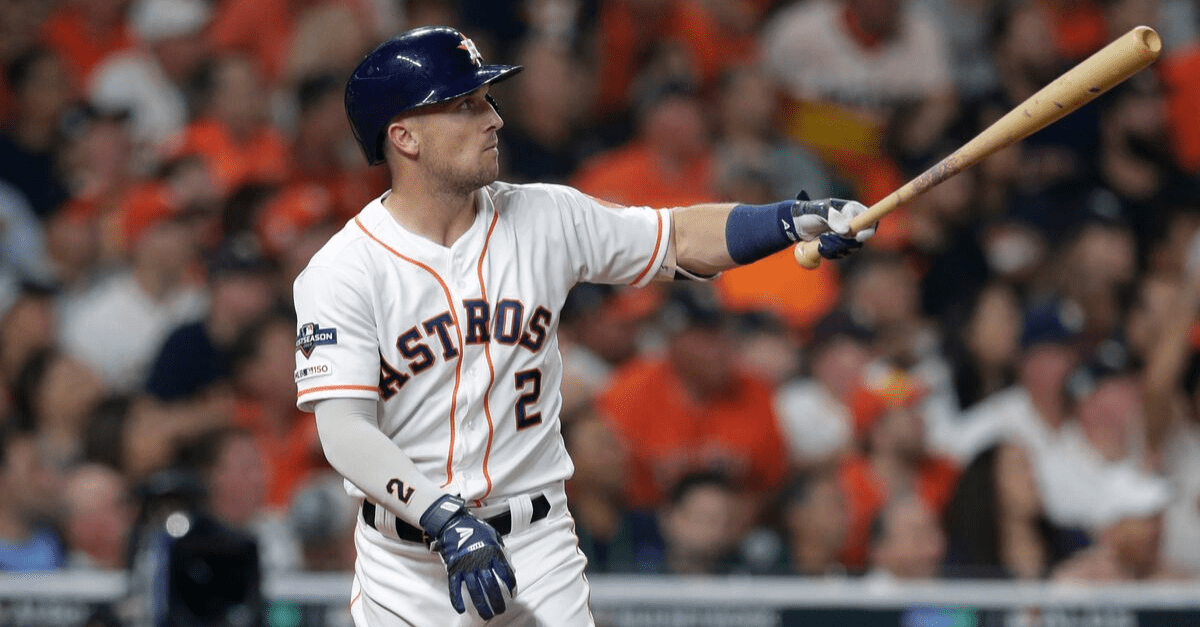 It’s October, and that can only mean one thing: playoff baseball. Sure, Halloween, trick-or-treating and pumpkin carving is fun and all, but I’ll take the adrenaline-pumping, drama-filled MLB playoffs over any holiday. The best part is that, unlike the NBA, any team could be the last one standing.

The 2019 MLB postseason is weird in that some of the games best and brightest stars are sitting at home. Los Angeles Angels slugger Mike Trout won’t be robbing any home runs and Philadelphia Phillies outfielder Bryce Harper won’t be launching any long balls this month. We’ll also have to wait to see Blue Jays phenom Vladimir Guerrero Jr. in October.

Instead, we have a mix of small-market clubs (Oakland Athletics, Tampa Bay Rays, Milwaukee Brewers) and large-market clubs (New York Yankees, Los Angeles Dodgers). The 2018 reigning champion Boston Red Sox failed to escape the American League East, and the Chicago Cubs sputtered in the final stretch of the regular season. No Cleveland Indians seems weird, too. That all means the mighty Houston Astros are by far considered the favorites.

Still, that doesn’t mean the Washington Nationals and Atlanta Braves won’t snap out of their postseason woes in the National League Division Series. And don’t count out the St. Louis Cardinals or the hard-hitting Minnesota Twins, who set MLB’s single-season home run record this year with 307.

Even with no Trout or Harper, the playoffs will still feature a ton of Major League Baseball’s best and most exciting players on the sport’s biggest stages. Each of them have one goal in mind: to win a World Series. You can catch all them take the field on ESPN, Fox, FS1, TBS and MLB Network.

Anyway, let’s rank the best of these ballplayers and get to know them.

What?s crazy is that Greinke would be the ace on just about every other pitching staff in the bigs, yet here he is the No. 3 man in Houston. Traded from the Arizona Diamondbacks this season, Greinke was acquired for a haul of prospects but is a former Cy Young award winner and has a sub-3.00 ERA to go along with 18 wins in 2019.

I could’ve chose someone like Jose Altuve here, but I had to give the AL Central some love. Cruz may be 39 years old, but he’s still one of the game’s premier power hitters. The designated hitter clubbed 41 homers, swatted in 108 runs, hit .311 and boasted the second-highest OPS (1.031) in the AL behind Trout. The former Texas Ranger has a penchant for clutch postseason hits, and there’s no reason not to believe he doesn’t have a few more in him.

At just 23, Flaherty took the throne as the Cardinals ace. He was one of nine MLB starters to post an ERA under 3.00 and is a big reason St. Louis even found themselves at the top of the NL Central.

If the Astros and Dodgers have “super rotations”, the Nationals definitely do as well. In fact, Washington signing Corbin to a six-year, $140-million deal in the offseason is exactly why they had the best starting pitching in baseball. He’s also a left-hander and there just aren’t that many dominant southpaw starters, meaning he could be a matchup nightmare for teams.

His 18 wins and 209 innings pitched led all National League pitchers. Paired with a killer fastball, wipeout changeup and a wicked curveball, the 31-year-old former first-overall pick has been everything the ‘Nats could ask for. Strasburg came up huge in relief in Washington’s Wild Card win over the Brewers, and they’re going to need him if they want to make a deep run.

I almost forgot Freddie Freeman existed. Not because he’s a bad player or anything, but because he isn’t as flashy as the guys around him. The Atlanta first baseman took his game to new heights in 2019, including a career-high 38 home runs and a .938 OPS.

The Astros let Morton walk after a stellar 2018 campaign, and he somehow got better the following season in Tampa Bay. He struck out 240 over just under 200 innings and posted the lowest home run rate in the American League. Plus, he has a pretty darn good fastball and Uncle Charlie to go with it.

🔹 13 of his 26 HR this season are against the Orioles
🔹 T-2nd most HR vs. a single team in a single season in MLB history

If I asked you who led the Bronx Bombers this season in long balls, who would you guess? Aaron Judge? Gary Sanchez? Giancarlo Stanton? All wrong. It was 22-year-old Gleyber Torres, who hit a record 13 of those homers against the lowly Baltimore Orioles. The O’s aren’t in the playoffs, but Torres should still wreak havoc in October.

Buehler getting the nod in Game 1 of the NLDS tells you everything you need to know about how good the 25-year-old is. Why? Because he pitches on a rotation featuring a three-time Cy Young Award winner and the likely 2019 NL Cy Young winner.

That three-time Cy Young winner? Yeah, that’s Clayton Kershaw (AKA the best pitcher of our generation). The lefty put together another good season in 2019, and now with 152 career postseason innings under his belt, it’s time he takes the Dodgers to the promise land.

Three Dodgers pitchers in a row. Yep, why not? Ryu’s 2.32 ERA is the lowest in all of baseball. Though he doesn’t overpower batters or strike them out as often as his staff mates, he’s crafty enough to keep hitters off-balance.

Juan Soto is 20. JUAN SOTO IS 20 YEARS OLD. Whatever you were doing before you could legally order a beer, I’m sure it wasn’t ripping the game-winning hit of an NL Wild Card game or crushing 34 homers and driving in 110 runs. Soto is a legitimate superstar.

Mad Max wasn?t exactly nails in the NL Wild Card game, but he?s still one of the greats. He turned in his fifth straight sub-3.00 ERA season and is still one of the most feared flamethrowers in the game. The ?Nats are in good hands. Maybe he’ll see his former Tigers teammate Justin Verlander in the Fall Classic.

The movement on Gerrit Cole's 14 Ks is RIDICULOUS. 😱 pic.twitter.com/JfTsMAdrYk

Since 2000, only one other pitcher has racked up as many as the 326 strikeouts Cole did in a single season. Even Randy Johnson may not have been on the run Cole is on. He?s 9-0 over his last nine starts with a 1.61 ERA and 110 punchouts over 61.2 innings. Sheesh, have fun Rays hitters.

Maybe the signing of the offseason, LeMahieu left the Colorado Rockies and Coors Field only to serve as one of the best overall hitters this season. The three-time Gold Glover?s .326 average and 102 RBIs are a big reason why the Yankees scored more runs than anyone else this year.

Austin Meadows and the Rays are on 🔥🔥. pic.twitter.com/6Nkr7ODIpU

Can we take a second to laugh about how the Rays made off like bandits in the Chris Archer deal with the Pittsburgh Pirates? Meadows and pitcher Tyler Glasnow have been godsends in Tampa. The outfielder leads the team in average (.291), home runs (33), RBIs (89), runs (83), slugging (.558) and OPS (.922).

I don?t care if he *only* hit 27 dingers in 102 games, Judge is still the most potent long ball threat in the game. New York had so many mashers in the AL East this year, but it’s going to need the behemoth basher if they plan on moving on to the American League Championship Series and the World Series.

I?m not exactly saying I?d take Semien over Judge on my roster, but take a look at the A?s shortstop?s season: .285 AVG, 33 HRs, 92 RBIs, 10 SB, .892 OPS. Fangraphs tells us the much-improved defender was the fifth most valuable player in MLB.

Is there a better option to lead your staff in the postseason? Do the Astros have the best playoff rotation in MLB history? Will I stop asking questions? No. Yes. No. Verlander reached 3,000 career strikeouts this season and is already a surefire bet for the Hall of Fame. That’s why he’s started the ALDS.

The best leadoff hitter in the game resides in Houston. Honestly, the best of a lot of positions reside there. Maybe that’s why they won the AL West. Springer’s 39 homers and .383 on-base percentage make the ‘Stros offense as scary as anyone’s.

Throw Rendon’s name in a hat with Cody Bellinger and Christian Yelich for National League MVP, and I have no problem with which one gets pulled. From his .319 average to his 81 extra base hits, there’s a lot to love regarding Washington’s third baseman. Even without Bryce Harper, the Nats had no problem holding off the New York Mets in the NL East.

Acuna was three steals away form becoming the fifth player every to hit 40 home runs and swipe 40 bases. He can impact a game with his bat, glove and speed on the base paths. The 21-year-old slugging outfielder is going to be fun to watch for a long time. And please, more bat flips.

Alex Bregman (@ABREG_1), in the hunt to be named the American League MVP, hits his 41st home run of the season. pic.twitter.com/vxixlc2xWV

It’s kind of unbelievable how many superstars Houston has, and I didn’t even include Jose Altuve, Carlos Correa or rookie sensation Yordan Alvarez. Bregman constructed a career year in 2019 and will likely be the only player to challenge Mike Trout for AL MVP honors. I’ll take 41 home runs and an 8.5 WAR any day of the week.

Not much needs to be said about Cody Bellinger. The Dodgers wunderkind lowered his strikeout rate and increased his hard-hit percentage this season, and the results are glaring: 47 homers, 115 RBIs, a .305 average and a 1.035 OPS. Belli is the heart and soul of that Dodger lineup and easily the best player in the NL West.

That's 3 for the MVP! pic.twitter.com/ZJpKTbu2Tb

Are back-to-back NL MVPs in Yelich’s future? Only Albert Pujols and Barry Bonds have done so since 2000. The Brewers outfielder not only won the batting title this year but also led the NL in on-base percentage (.429), slugging (.671), OPS (1.100) and OPS+ (179). I know the Brewers were eliminated and Yelich was hurt, but I couldn’t leave him off this list.