The Red Sox Celebrated Their World Series and Left a $195,000 Bar Tip 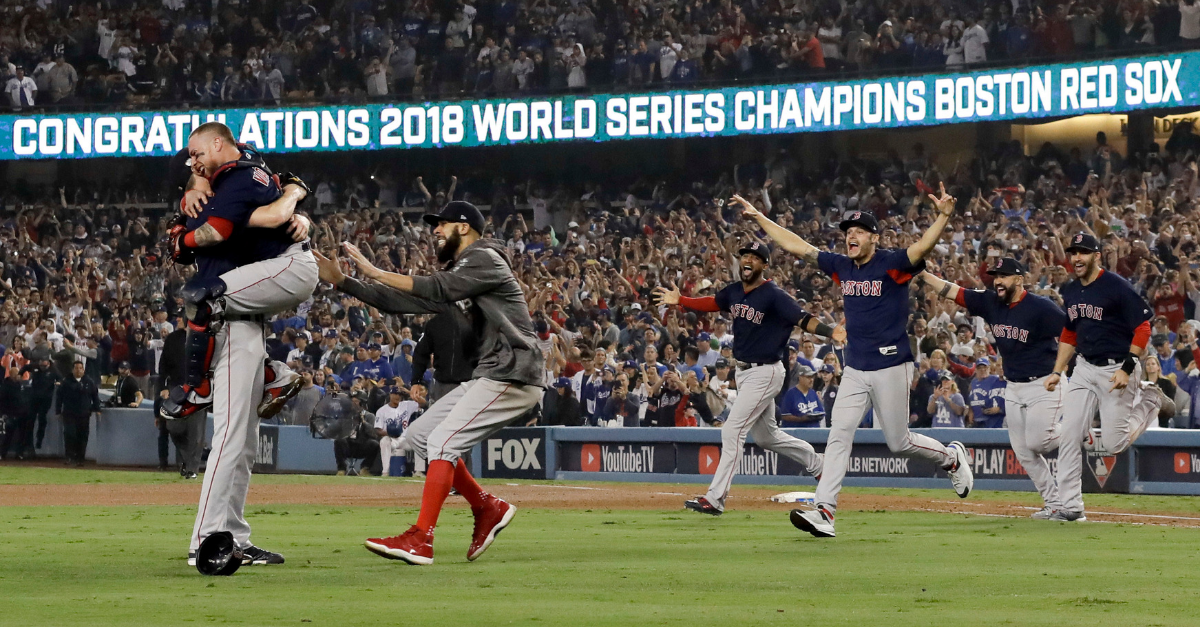 It only took the Boston Red Sox five games to knock off the Los Angeles Dodgers to win the organization’s fourth World Series win since 2004. Apparently, it also took the team 169 bottles of champagne to celebrate their party, too.

According to TMZ Sports, the team celebrated their championship at a Los Angeles nightclub, Nightingale Plaza, following their victory before heading back to Massachusetts for a championship parade, which seems to become a common occurrence for Boston fans. The Red Sox bar tab is absurd, and the list of items the team went through will make your stomach turn.

It was 35-year-old first baseman Steve Pearce who was named World Series MVP, but it was the likely American League MVP Mookie Betts and designated hitter J.D. Martinez, maybe the greatest free agent signing of all time, who lead the Red Sox to 119 total wins, the second-most all-time by a World Series champion. Red Sox manager Alex Cora and a lights-out pitching staff helped the cause, too.

So, how did Boston celebrate the organization’s ninth World Series title? By spending around $300,000 in booze in one swoop, and the list of refreshments on the itemized receipt obtained by TMZ is enough to give you a hangover by association.

RELATED: Think You Have the Cash for This Babe Ruth Bat? Think Again.

Just another casual night out on the town for the Red Sox, right?

Any time a World Series champion rolls into the club, you better believe they’re going to demand the best, but this is just absurd, and it doesn’t take into account any other additional purchases this team definitely made on the side.

According to TMZ, a someone associate with the club handled this whopping bill, as well as an insane $195,000 tip that came along with it.

Promise you that if I’m a bartender waiting on the Red Sox, I’m taking my cut of this tip and taking some time off to invest in a Boston Red Sox jersey and visit the city that just made me a handsomely paid man.