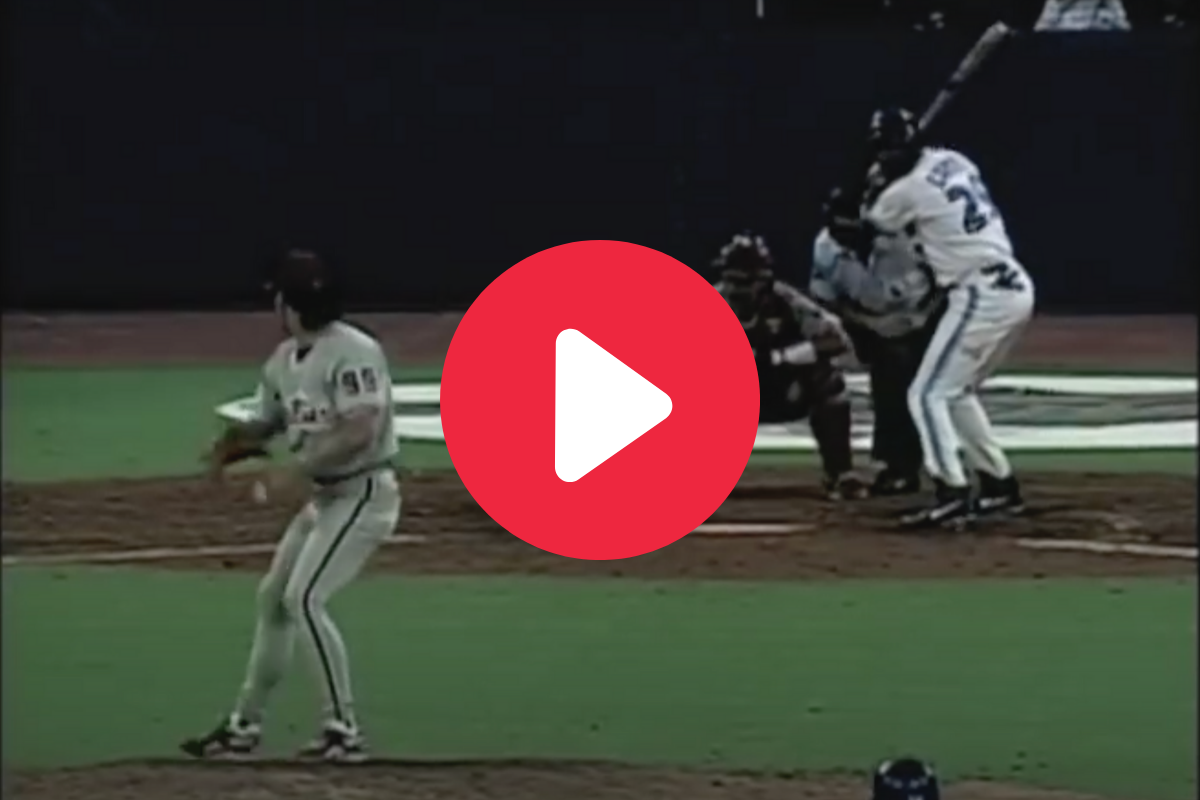 Think about your favorite memory in MLB history. You were probably alive for it. You probably have some special connection to the moment. Maybe you were at the game or watching it with family or friends.

For me, I have a few. Alex Gonzalez’s walk-off home run against the Yankees in the 2003 World Series Game 4, Ivan Rodriguez holding on at home plate to beat the San Francisco Giants in the 2003 NLDS and Dee Gordon’s emotion lead-off home run the game after Jose Fernandez’s death are all my favorites. Clearly, it’s hard to look back on baseball history without a fandom lens.

That being said, most can agree on some of the most epic moments in baseball history, even if there are five billion to choose from. Winning the World Series with one swing of the bat is, in my opinion, as monumental as it gets. Luis Gonzalez’s single against Mariano Rivera to down the Yankees and win the 2001 World Series for the Arizona Diamondbacks and Edgar Renteria’s walk-off single to beat the Cleveland Indians and give the Marlins their first ever World Series title in 1997 are certainly high on the list. Kirk Gibson’s walk-off home run in Game 1 of the 1988 World Series and the limp around the bases was unforgettable.

Nothing stacks up like the walk-off home run to win a World Series, though.

Only two men have ever realized the euphoria that comes with that: Joe Carter for the Toronto Blue Jays in 1993 and Bill Mazeroski for the Pittsburgh Pirates in 1960.

Here’s why Carter’s 1993 World Series walk-off may be the coolest moment in baseball history.

The defending World Series champion Blue Jays found themselves down 6-5 to the Philadelphia Phillies in Game 6 of the 1993 Fall Classic. They won it all the year before but in Atlanta against the Atlanta Braves. This time they could pull it off the postseason feat at home in the SkyDome.

It was the bottom of the ninth inning, and Phillies closer Mitch Williams just entered the game looking to build upon his terrific 43-save season. He blew just six save opportunities all year. One more was brewing.

Rickey Henderson, by far the greatest leadoff hitter and most prolific base-stealer of all time, worked a four-pitch walk to lead off the inning. The Blue Jays were in business. Henderson’s presence on the base paths meant Williams had to pay more attention to him and less to the batter.

Devon White flew out the next at-bat. Paul Molitor roped a single up the middle to follow the flyout. Two on, one out. Then came five-time MLB All-Star Joe Carter, the slugging outfielder who hit 33 home runs and 121 RBIs that season.

Carter worked the at-bat to a favorable 2-1 count. Surely, a fastball was coming. Carter took a monster swing and missed the ball by a mile. Curveball.

“The swing that Carter took on the 2-1 pitch might have been the ugliest second-strike swing I have ever seen,” journalist Bob Elliott told Sportsnet.

Williams threw a fastball the next pitch. It’s a mistake. Carter’s wheelhouse is down and in, exactly where the pitch went.

“When I made contact, I looked up and I couldn?t see the ball. All I saw was the bank of lights in left field,” Carter told Sportsnet of his three-run home run that lifted the Blue Jays to an 8-6 victory. “I knew I hit it good, but I didn?t know if I hit it high enough to get out. That?s what all the jumping was as I was going to first base: I was trying to see what the elevation of the baseball was and help it out of the park. To see Pete Incaviglia stop at the wall and give up on it, and to see it go out was like an out-of-body experience.”

Said Mitch Williams: “I knew it was gone. I gave it the courtesy double-look back and I just kept walking. Remember it like it was yesterday.”

Players and coaches flooded from out of the dugout. Carter was mobbed at home plate. He was nearly crushed from a dog pile. His teammates hoisted him up. Joe Carter was a hero and forever a Toronto and Canadian legend.

Blue Jays bullpen coach John Sullivan caught the home run ball that sailed over the left field wall into the Toronto bullpen. He said someone from the Baseball Hall of Fame asked him if he had seen the ball, which would make for a great addition to the Hall. He told them no (he was lying).

“When I came back from doing all my interviews, I came down into the clubhouse and [bullpen coach] John Sullivan says, ‘Hey, I got something you may want.’ It was the baseball,” Carter said. “My wife was there and I said, ‘You?ve been by my side all these years,’ and I gave the ball to her.”

Incredibly, it was Hall-of-Famer Paul Molitor who wound up winning World Series MVP. That moment alone should’ve warranted giving the honor to Carter.

Williams received death threats. Immediately after that fateful final pitch, people had gone to his house to throw eggs, rocks and whatever else they could find at his house. Cops even came to keep the peace.

Yes. I’m just going to blame this one on Mitch Williams too. Here’s a picture of him sulking after Joe Carter’s home run in 93. #BeSad pic.twitter.com/e6YhfohEnR

Carter, meanwhile, received quite the opposite reaction at his house.

“[A few days later,] I get to my house and pull into my driveway. In my front yard, someone has cut my grass real low and put the No. 29 in my grass. They had it painted blue and white,” Carter said. “Then they had this big ol? sign across my garage door that said, ‘The fat lady doesn?t sing until Joe Carter swings.’ I open my garage and all these blue and white balloons come out. My neighbours had done that. Streamers everywhere. That was quite a treat. And then about an hour later, I gotta pick up all the stuff.”

I think it’s safe to say that’s a small price to pay for experiencing the coolest moment in Major League Baseball history.