Sometimes the sports stars we idolize are too bright to burn for long. For whatever reason, they're taken from the world too early. From the MLB to NFL to NHL or NASCAR, professional athletes from every league have died and left the sport in shock and mourning.

Drug overdoses, car and plane accidents, heart problems, diseases and shootings are all just some of the ways these beloved athletes have passed away. For some, like NASCAR legend Dale Earnhardt, death fuels changes to a sport to prevent tragedy from striking again. Other times, it's a cruel reminder of how fleeting life can be. 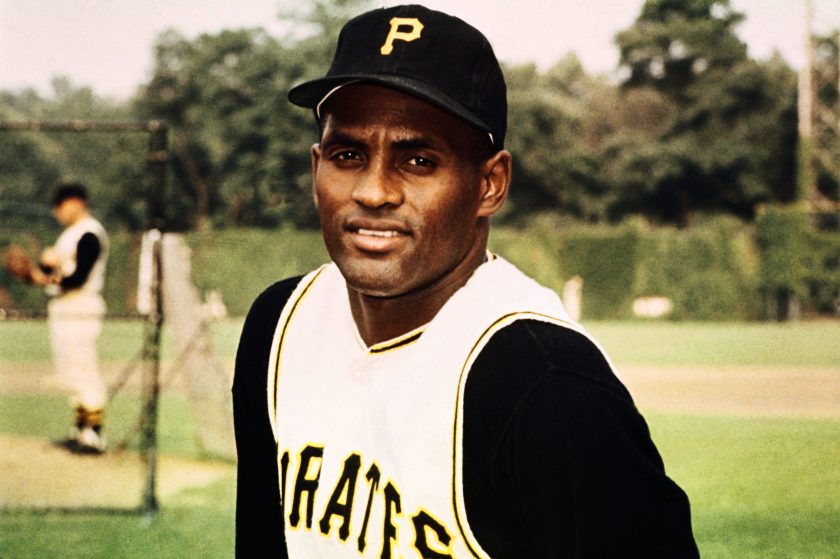 Roberto Clemente was one of the best baseball players of all time. During 18 seasons with the Pittsburgh Pirates, the Puerto Rican-born right fielder totaled 3,000 hits, made 15 All-Star Games and won the 1966 National League MVP.

What made Clemente's death all the more tragic were the circumstances. In late December following the 1972 season, Clemente was aboard a relief plane that he arranged en route to Nicaragua to supply aid to a country devastated by a massive earthquake. It crashed off the coast of Puerto Rico and his body was never recovered. He was 38.

Clemente was posthumously inducted into the Baseball Hall of Fame the next year, but his career and life were cut short way too soon. 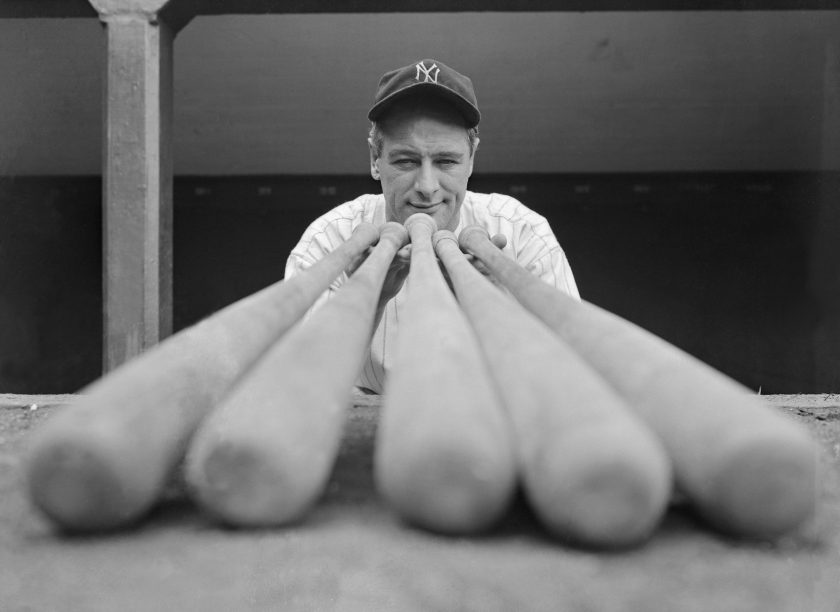 Like Clemente, Lou Gehrig played his entire career with one franchise -- the New York Yankees -- in the 1920s and 1930s. The left-handed first baseman won a Triple Crown, two MVP awards and six World Series titles in New York.

Known for his durability, the "Iron Horse" took himself out of one game in 1939 after his play was hindered by a neuromuscular illness called amyotrophic lateral sclerosis, known as ALS or Lou Gehrig's Disease. Gehrig was forced to retire that year and died two years later at the age of 37.

Gehrig was enshrined in Cooperstown in 1939. His "Luckiest Man on the Face of the Earth" farewell speech is still one of the most iconic moments in baseball history. 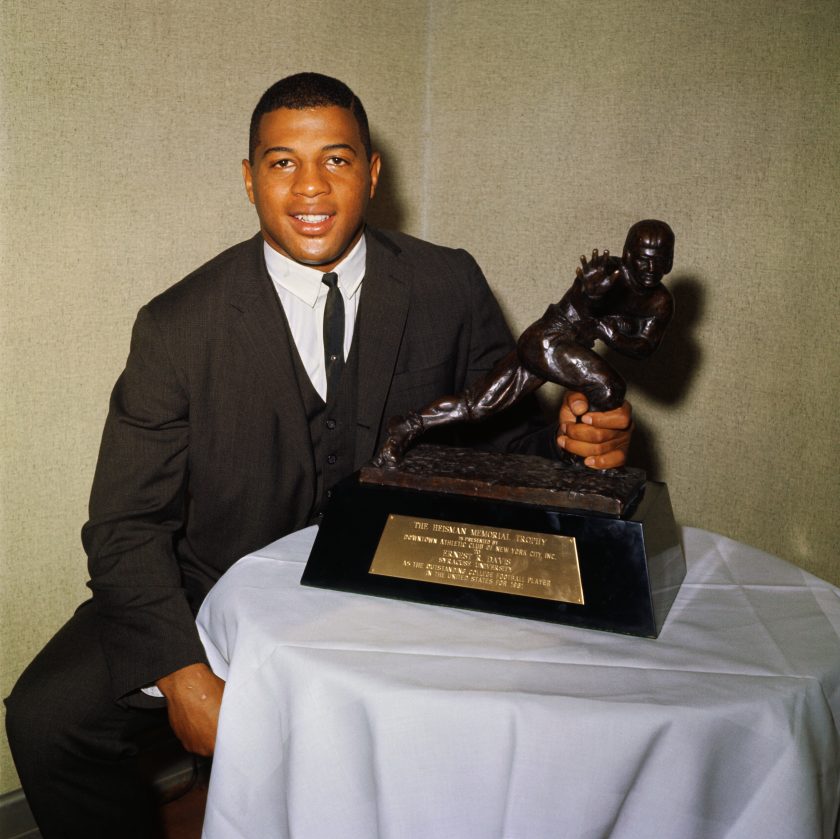 Ernie Davis was the first African American to win the Heisman Trophy at Syracuse in 1961. The Washington Redskins then made him the first-overall pick in the ensuing 1962 NFL Draft before trading him to the Cleveland Browns.

Davis, however, would never play a down in the NFL. The running back was diagnosed with Leukemia in the summer of 1962 and died in May of 1963 at the young age of 23. The football world would never get to witness what the kid who brought Syracuse a national championship in 1959 could do. 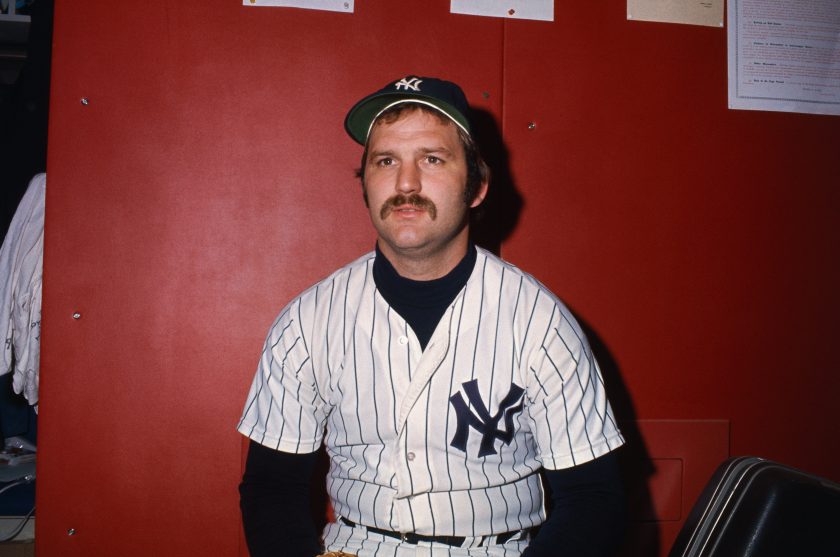 Munson was a star for the Yankees in the 1960s and 1970s. In 11 seasons, the catcher was a seven-time All-Star, MVP and Rookie of the Year in addition to winning two titles.

He was just 32 when he accidentally crashed his own plane while practicing landing in Green, Ohio, in 1979. He suffered a broken neck and died from asphyxiation. The Yankees captain at the time, Munson's number was retired by the franchise and a plaque was placed out in the stadium's Monument Park in his honor. 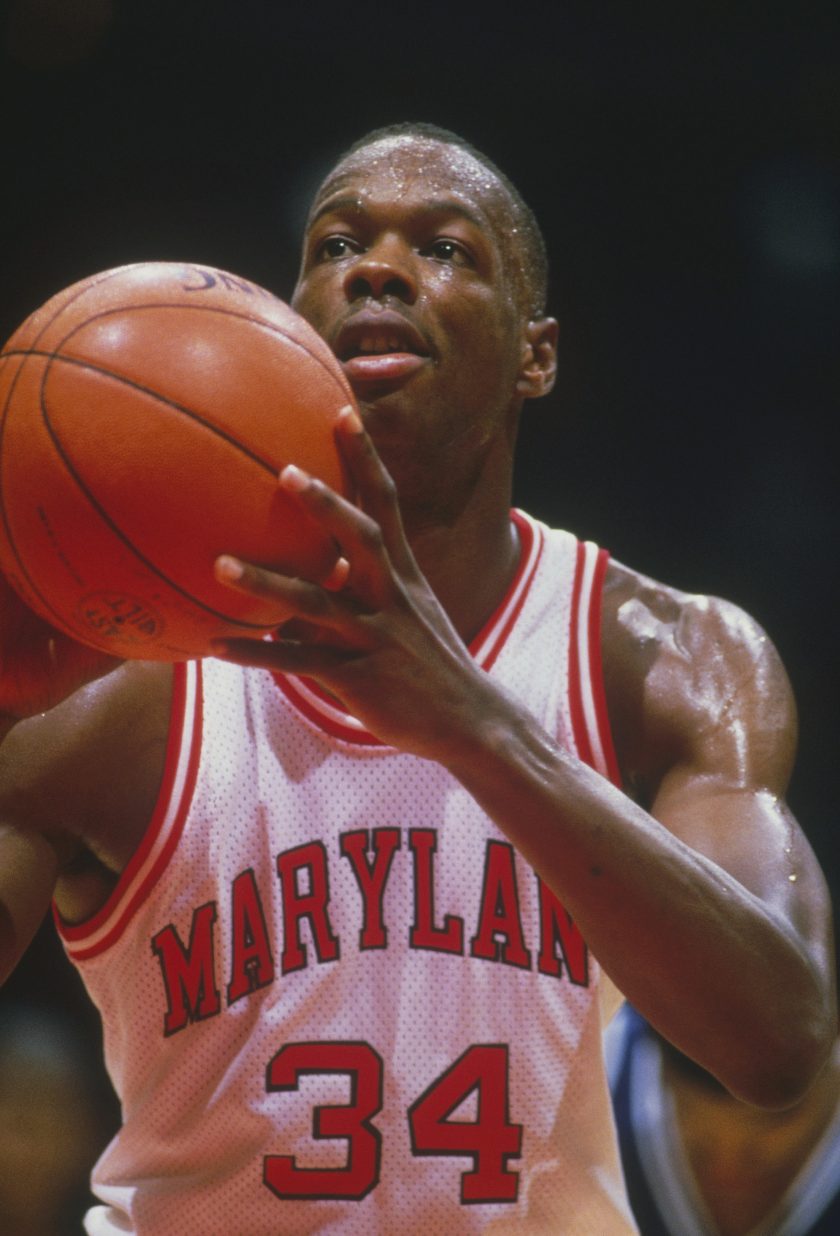 Scouts called Len Bias the next closest thing to Chicago's Michael Jordan when he was winning ACC Player of the Year honors at Maryland in the mid-1980s. After a phenomenal four years for the Terrapins, the Boston Celtics selected him second overall in the 1986 NBA Draft.

Two days later, Bias died from cardiac arrhythmia related to a cocaine overdose in his dorm room with a friend and teammates. Bias was just 22 and never played in the NBA. 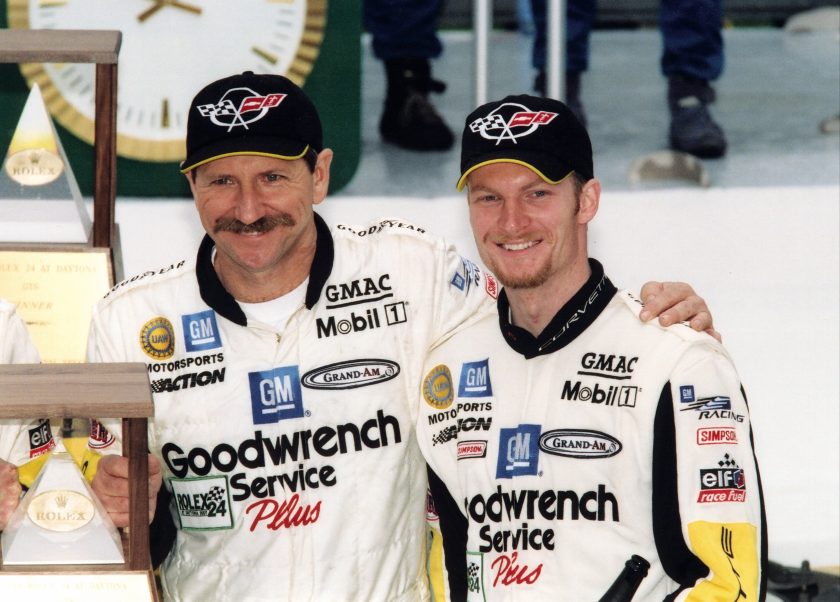 Dale Earnhardt and NASCAR might as well be synonymous. The renown race car driver won countless races, including a record seven Winston Cup championships and the 1998 Daytona 500.

It was at the 2001 Daytona 500 that he'd race for a final time, though. During the final lap of the race, Earnhardt crashed and died instantly to blunt force trauma to the head and a skull fracture. The world watched it all play out in complete shock. Earnhardt's son, Dale Earnhardt Jr., was also in the race and finished second.

Although the tragedy happened late in Earnhardt's career (he was 49), it had major effects on the sport. NASCAR implemented a number of safety improvements. Earnhardt and his iconic No. 3 car's legacy live on in the racing world today. 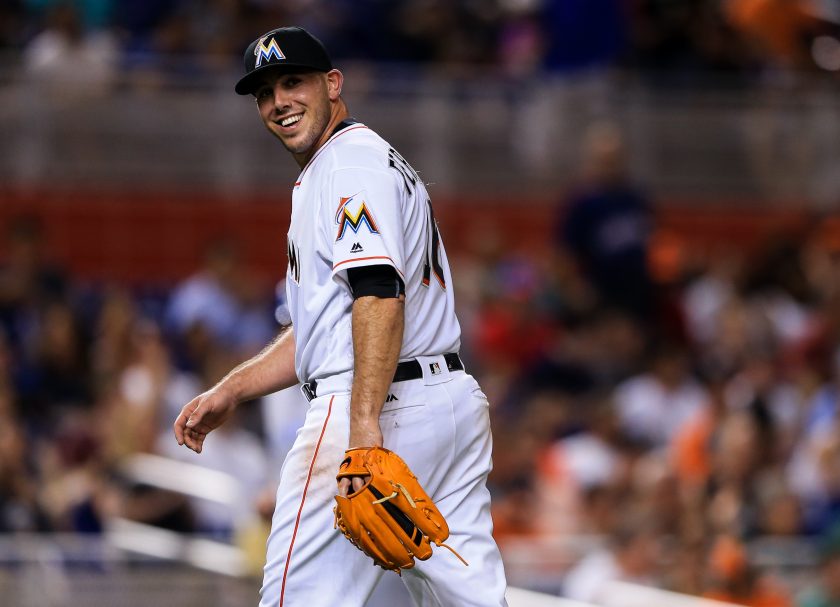 Before Jose Fernandez's controversial death shook the baseball and sports world, he was one of the most promising young MLB pitchers in the game. The 2013 National League Rookie of the Year and two-time All-Star had established himself as the Miami Marlins' ace at just 24 years old before one fateful early morning during the 2016 season.

On September 25, Fernandez and two other men were found dead after the pitcher's boat hit a jetty of rocks off the coast of Miami Beach, Florida. An investigation showed Fernandez was driving the boat at the time, and a toxicology report revealed he was drunk and had cocaine in his system.

Just five days before Fernandez's death, he had announced his girlfriend was pregnant with his child. The Marlins canceled their game against the Braves the next day. Then in one of the most emotional at-bats in recent history, teammate Dee Gordon hit a leadoff home run against Mets pitcher Bartolo Colon in Miami's next game. 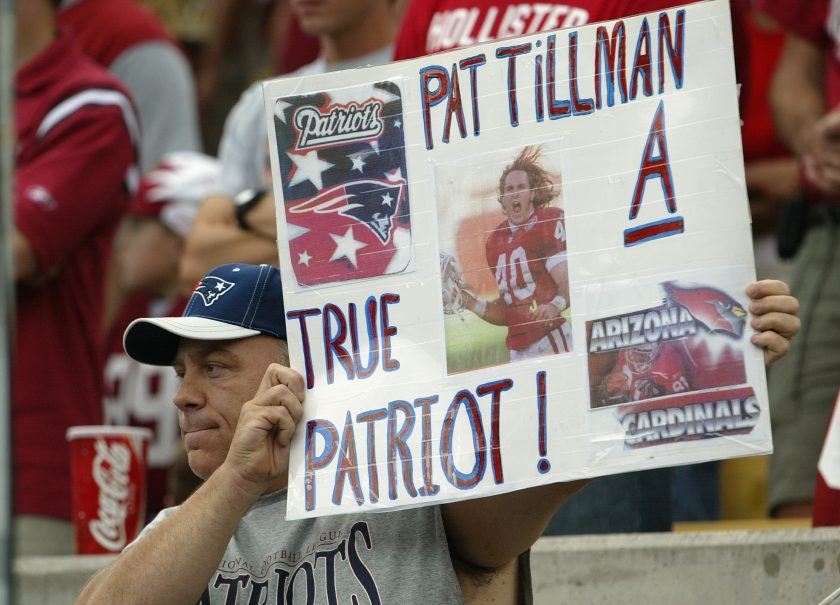 Pat Tillman was a star linebacker at Arizona State University before the Arizona Cardinals made him a seventh-round pick in the 1998 NFL Draft. After a few solid seasons there, he enlisted in the U.S. Army in 2002 following the September 11 attacks.

In 2004, Tillman was killed in combat by what was originally reported as enemy combats in Afghanistan. It was later revealed he was killed by friendly fire, and his death has been the subject of many investigations. He was 27.

Tillman received numerous military awards for his heroism. Both the Cardinals and Sun Devils retired his numbers. 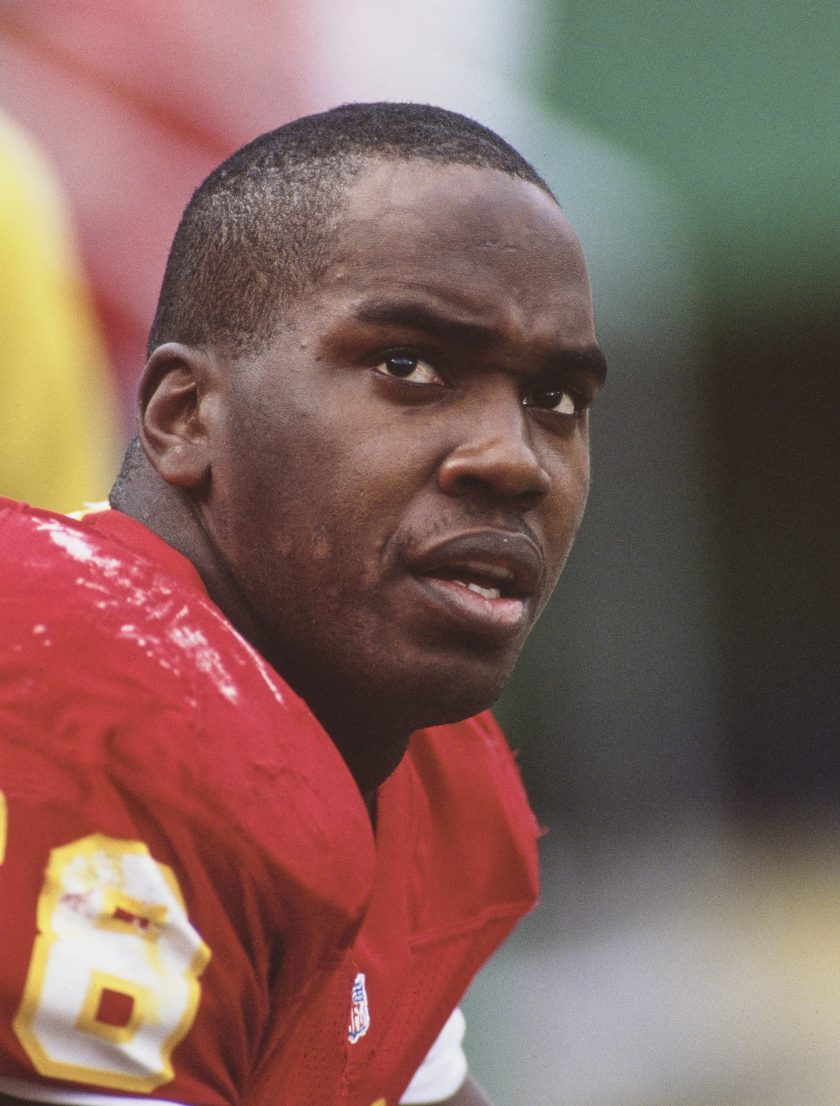 Thomas was without a doubt one of the best NFL pass-rushers of all time. In 11 seasons with the Kansas City Chiefs up until his death in 2000, the Hall of Famer racked up 126.5 sacks. That's 12th-most in NFL history, and he was just 33 when he died.

Thomas was thrown from his car when he crashed during a snowstorm on his way to the Kansas City International Airport in January of 2000. The car accident left him paralyzed from the chest down but in February he died of a blood clot that traveled from his legs to his lungs. 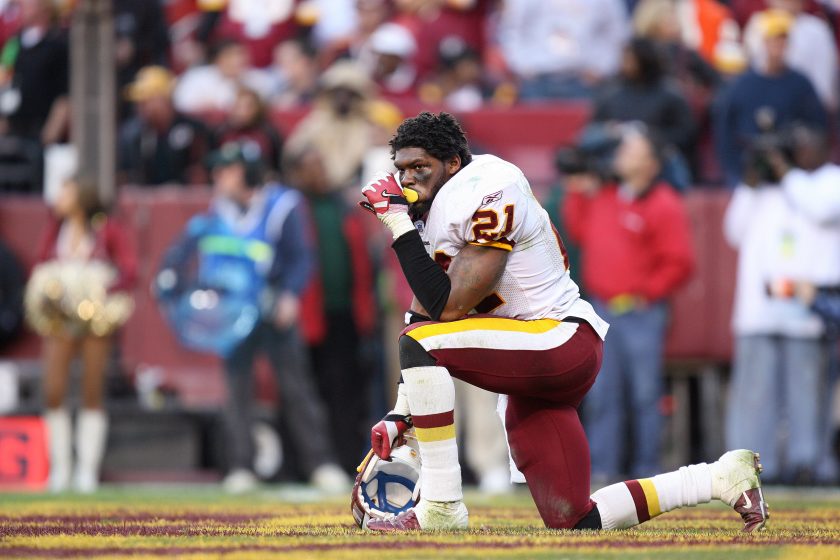 There's no denying Sean Taylor was a special talent in both professional and college football. An All-American defensive back on the University of Miami's 2001 National Championship team, Taylor was drafted in the first round of the 2004 NFL Draft by the Washington Redskins, where he made two Pro Bowls in four seasons. His instincts were off-the-charts.

On November 26, 2007, Taylor was shot by a home intruder in the leg. His fiancée and young daughter weren't hurt in the incident, but Taylor died of a severed femoral artery the next day. The NFL now honors Taylor during Week 13 games by placing decals on the back of each football player's helmets. 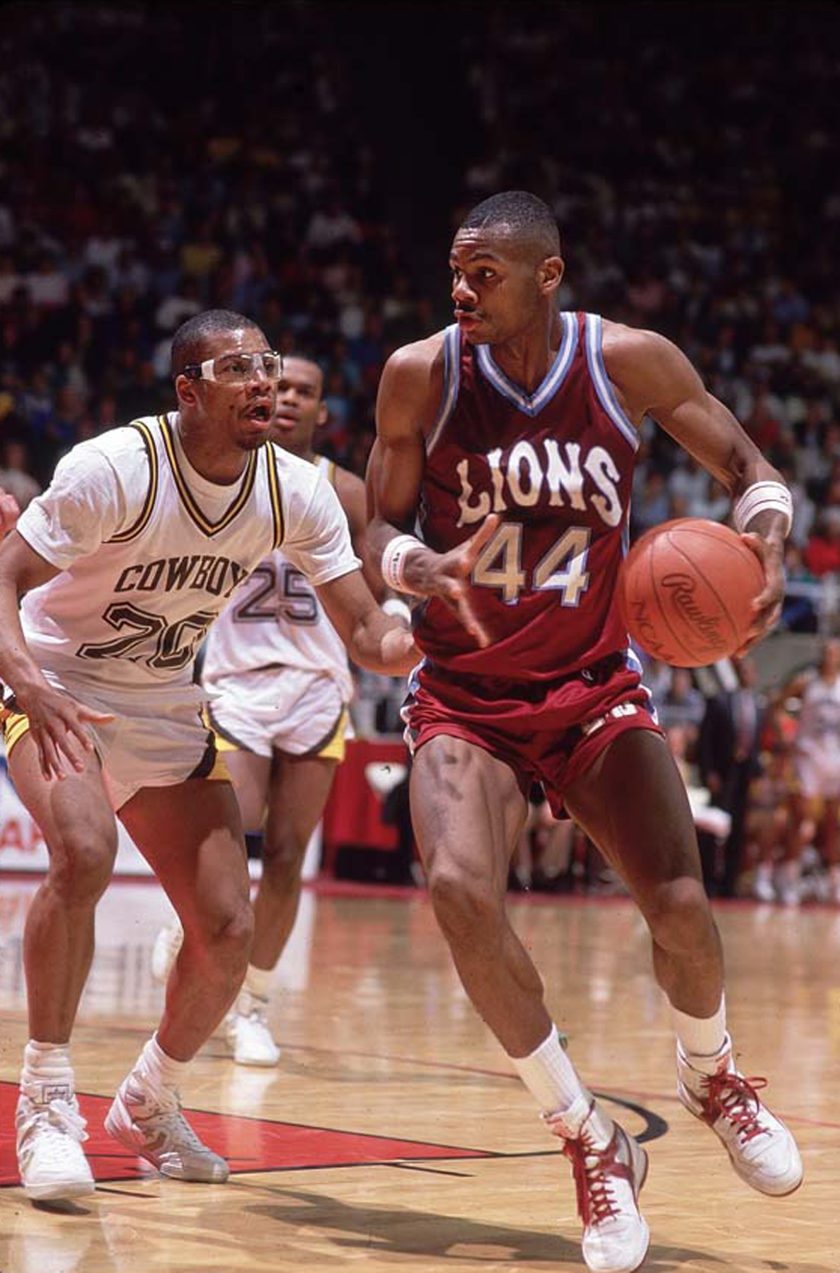 The 6-foot-7 Gathers was a standout basketball player for Loyola Marymount University (Los Angeles) after transferring from the University of Southern California in the late 1980s. He became just the second player in D-I college basketball history to lead the nation in both scoring and rebounding in 1988.

Gathers collapsed during a game against the Portland Pilots in the 1990 West Coast Conference Tournament. He attempted to get up but stopped breathing shortly after and died at the hospital. An autopsy revealed Gathers had a heart-muscle disorder. He was just 23. 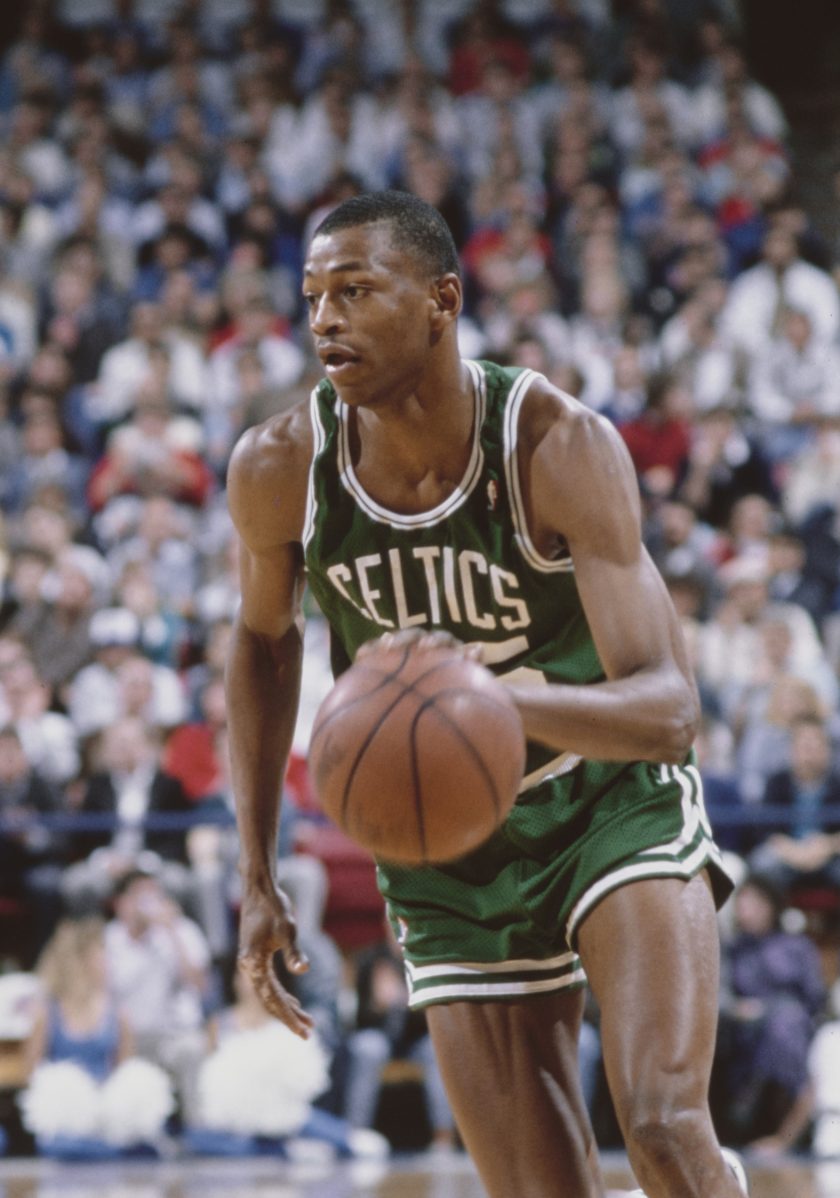 The Boston Celtics took Reggie Lewis out of Northeastern University in the first round of the 1987 NBA Draft. Lewis steadily improved during his six seasons, averaging more than 20 points per game from 1991-92.

During an offseason practice in 1993 at Brandeis University in Massachusetts, Lewis died after going into cardiac arrest that stemmed from a structural heart defect. Lewis' family had had heart problems, including his mother, who had two heart attacks. The Celtics retired the No. 35 jersey following the tragedy. 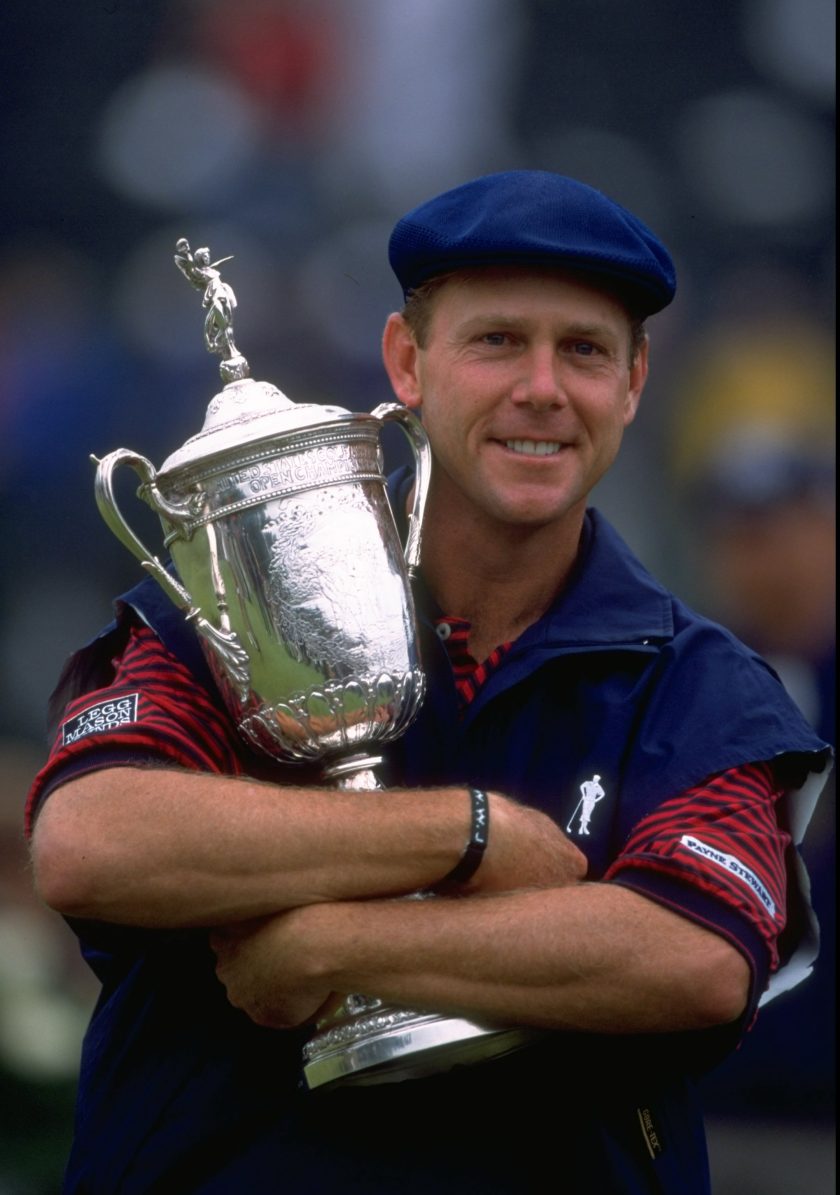 Stewart won three major championships during his shortened career, which is more than notable golfers like Greg Norman, John Daly and Bubba Watson. His last win came at the 1999 U.S. Open just months before tragedy struck in October.

Stewart was aboard a small jet from Orlando to Texas for The Tour Championship in Houston. The plane didn't pressurize and every passenger became incapacitated from hypoxia. It kept flying on autopilot until crashing in South Dakota, where Stewart's body was found. He was 42.

The PGA honors Stewart ever year by awarding the Payne Stewart Award, given to someone who upholds the traditions of the game of golf. 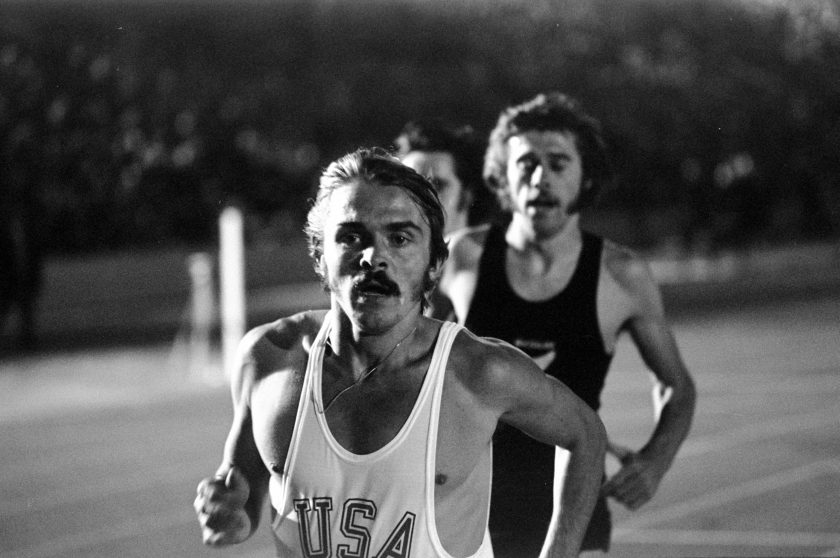 Along with other runners, Steve Prefontaine helped make running and jogging popular in the 1970s. At 19, he appeared on the cover of Sports Illustrated. He starred on the track at the University of Oregon and ran for the United States in the 1972 Olympics.

In May of 1975, Prefontaine was leaving a party near Oregon's campus. He flipped his car and died in the wreck. His blood-alcohol level was 0.16. Oregon hosts the annual Prefontaine Classic track meet in his honor. 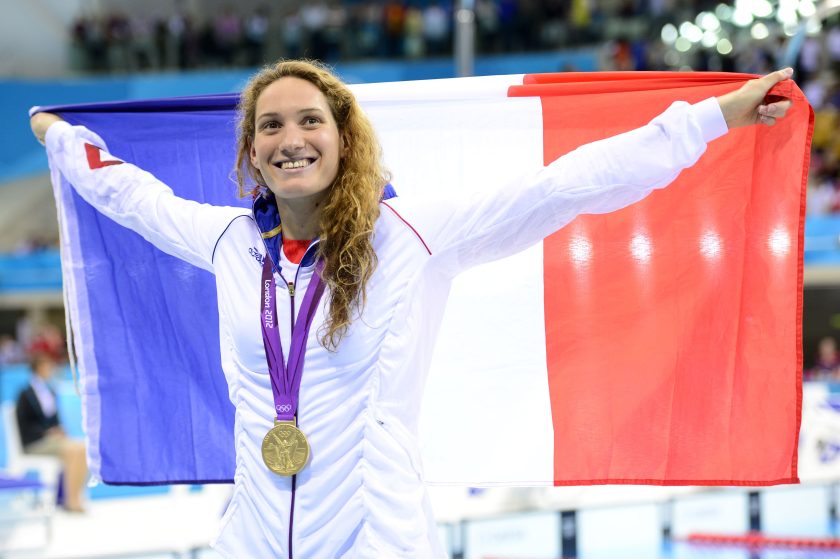 A three-time Olympic medalist, this French swimmer died in a freak accident. She and nine other people were killed in 2015 while filming a French survival reality show in Argentina when two helicopters collided in air.

Muffat, who won a gold, silver and bronze medal in the 2012 London Summer Olympics and had a bright future ahead of her, was just 25. The reality show, "Dropped," was postponed and never aired.

MORE: 10 Professional Athletes Who Defied the Laws of Physics