Baseball is a sport of clutch hitting. The best of the best want to step to the plate in high-leverage situations. Babe Ruth, Barry Bonds and Mike Trout all hit well when the pressure is on, and the players that don't won't last very long in the league.

Like Michael Jordan with the ball in his hands as the shot clock winds down or Aaron Rodgers on the final play 50 yards from the end zone, some players just have the clutch gene. Yes, it's a real thing. Look it up.

Major League Baseball's version of this is undoubtedly Reggie Jackson. The Baseball Hall of Fame slugger garnered such a reputation for a monumental playoff hits that everyone now simply refers to him as Mr. October. He even had a freaking candy bar named after him in New York. 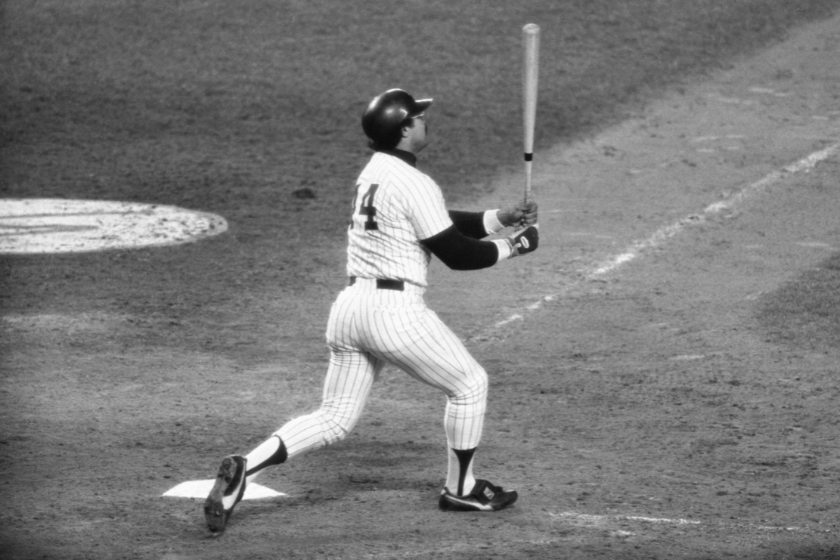 Reggie Jackson had been slumping during the 1977 playoffs with the New York Yankees. The star outfielder managed just one hit in 14 at-bats against the Kansas City Royals in the American League Championship Series before being benched in the fifth and final game.

Yankees manager Billy Martin decided to call on Jackson as a pinch hitter in the eighth inning of that deciding game, and he slapped an RBI single in the Yankees' 5-3 victory.

It was the spark the slugger needed.

The Yankees faced the Los Angeles Dodgers in the 1977 World Series. New York headed back to the Bronx for Game 6 with a 3-2 lead. Jackson had caught fire, clobbering home runs in Game 4 and Game 5. He was as hot as ever.

His teammate, Thurman Munson, was interviewed after one game and told reporters to talk to "Mr. October" instead. He needed just one single game and three home runs for that moniker to stick.

After walking in his first plate appearance, Jackson crushed the first pitch he saw against Dodgers starter Burt Hooton into the right field seats to give the Yanks a 4-3 lead in the fourth inning.

As Jackson strutted to the plate in the eighth inning, the crowd of more than 56,000 people chanted "REG-GIE! REG-GIE! REG-GIE!" ABC play-by-play caller Keith Jackson set the scene for an iconic moment in World Series history:

"Reggie Jackson has seen two pitches in the strike zone tonight. Two. And he's hit them both in the seats," Jackson said before Dodgers knuckleballer Charlie Hough heaved his first pitch toward the plate.

Jackson launched a ball to center field about as far as one humanly could. It soared in the air for seemingly 10 seconds before landing 475 feet from home plate.

"Goodbye! Oh, what a blow! What a way to top it off!" exclaimed Howard Cosell, Keith Jackson's broadcast partner. "Forget about who the Most Valuable Player is in the World Series. How this man has responded to pressure."

Jackson became the second MLB player to ever hit three home runs in a World Series game. Babe Ruth accomplished the feat twice in the 1926 series and 1928 series. In baseball history, only Albert Pujols in 2011 and Pablo Sandoval in 2012 have done it since.

Mr. October credited some A-plus scouting reports by Gene Michael and Birdie Tebbetts for his legendary game. They said Dodger pitchers were going to pitch him inside, which Jackson was ready for. 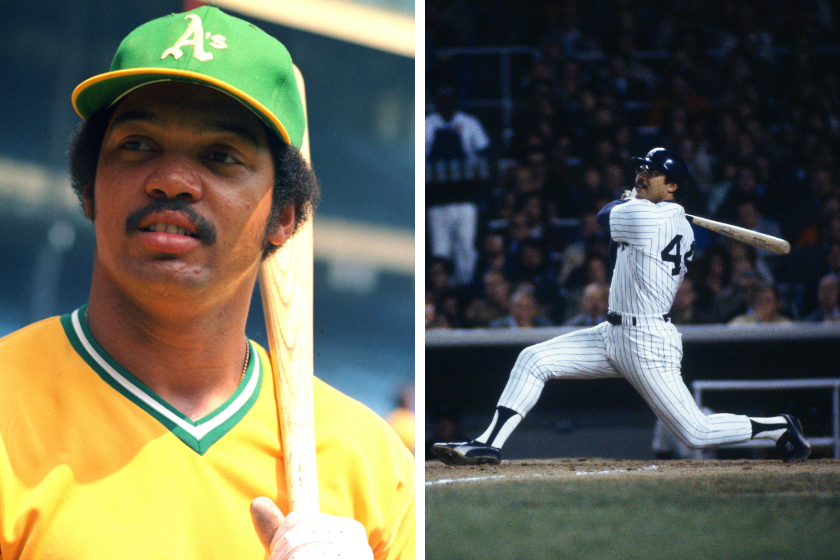 Jackson's path to that night in Pinstripe lore is an interesting one.

Born in Wyncote, Pennsylvania, he was told he'd never walk again following a spine injury he suffered playing football in Cheltenham High School. After the New York Mets passed on him, the Kansas City Athletics drafted him second overall out of Arizona State University in the 1966 MLB Draft and he spent 21 years in the MLB with the Athletics, Baltimore Orioles, California Angels and Yankees.

It'd be easy to look at the final game and say the Yankees and Jackson's first year in New York in 1977 was all sunshines and roses, but that was far from the case.

Jackson came to the Yankees from the Baltimore Orioles as a free agent prior to the 1977 season. He hit well in his first season in the pinstripes -- .286 batting average, 32 home runs and 110 RBIs. He played in the All-Star Game that year, hosted at Yankee Stadium.

Despite winning 100 games, the American League East and the pennant, the Yankees' season was filled with unnecessary drama.

Jackson and Yankees head coach Billy Martin clashed often. The former Oakland Athletics outfielder once said in an interview he hated Martin after the A's beat the Martin-managed Detroit Tigers in the 1972 playoffs. Tempers flared between the player and manager on June 18, 1977. Martin pulled Jackson from the game mid-inning against the Boston Red Sox for not hustling, and Jackson went berserk on Martin in the dugout.

Billy Martin and Reggie Jackson were never going to get along.

Jackson, Martin, catcher Thurman Munson and team owner George Steinbrenner all clashed in some way, too.

Jackson was quoted in spring training as saying, "This team, it all flows from me. I'm the straw that stirs the drink. Maybe I should say me and Munson, but he can only stir it bad." That didn't sit well with coaches and teammates, especially considering Munson was the team's captain.

Munson took issue with Steinbrenner, who reportedly told him he'd keep him the highest-paid baseball player on the team before bringing in Jackson. The Yankees signed Jackson to a five-year, $2.96-million deal.

The disarray in the clubhouse led to the formation of Jonathan Mahler's best-selling book, "Ladies and Gentlemen, The Bronx is Burning." If you ask me, though, the hottest thing in the Bronx that season was Reginald Martinez Jackson on October 18, 1977.

Forty-five years later, you could still find the Hall of Famer roaming Yankee Stadium as a special adviser to the general manager. In 2021, the Houston Astros hired him in the same capacity.

One thing's for sure: he'll always be Mr. October.