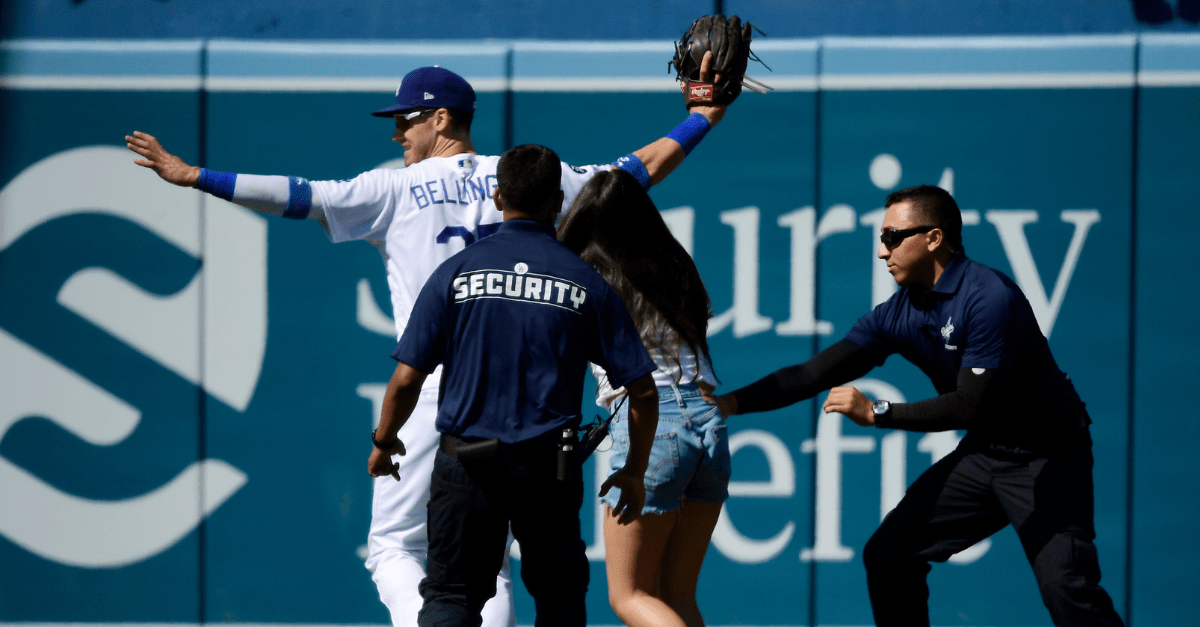 In the wacky world of baseball, we have seen fans do some ridiculous things. There have been streakers, hot dancing moms on jumbotrons and a few men who have dared to catch home runs with a baby in tow. However, there is a new, crazy epidemic going on right now involving one of the best players in MLB this season.

A casual fan getting noticed by a professional athlete is no easy task. It takes a good amount of luck, actually. Yet, there are two ladies who have tried to shoot their shot with Los Angeles Dodgers outfielder Cody Bellinger on back-to-back nights in two different cities.

That?s not a typo. The 23-year-old who leads the league in batting average and hits this season has had two different women run onto the field to get a hug two days in a row, at two different ballparks.

The first is definitely one of those moments where you shake your head. During Sunday?s game against the Colorado Rockies ? the same one when a fan was struck by a Bellinger foul ball in the first inning ? a 14-year-old girl somehow slipped through security at Dodger Stadium and actually got to hug the Dodgers star before being tackled and escorted off.

The young girl didn?t go to jail, but she put everything on Instagram, including that she met Cody Bellinger.

When you hear kids say, ?Do it for the ?Gram,? this is what they are talking about.

Not to be outdone, there was a copycat when the Los Angeles Dodgers played the Arizona Diamondbacks at Chase Field on Monday night when another young woman got past a security guard to hug Bellinger again.

Bellinger, who also plays first base, took the first incident with the Dodgers fan in stride, but the tone kind of changed when it happened again.

?I had a feeling that it was definitely a possibility just because it kind of blew up on social media. I mean, I?m just trying to play the game, so I don?t think I should have to worry about who?s going to come on the field and whatnot? I think it could be dangerous. I know it’s innocent right now but it could be dangerous.?

While Major League stadiums are talking about protective netting to the foul poles to protect fans from foul ball injuries, perhaps they should also be talking about using it to protect the players from these things happening again to the Dodgers? Cody Bellinger.

READ MORE: MLB is Cheating in Plain Sight, All Thanks to ?The Pill?