MLB is Cheating in Plain Sight, All Thanks to “The Pill” 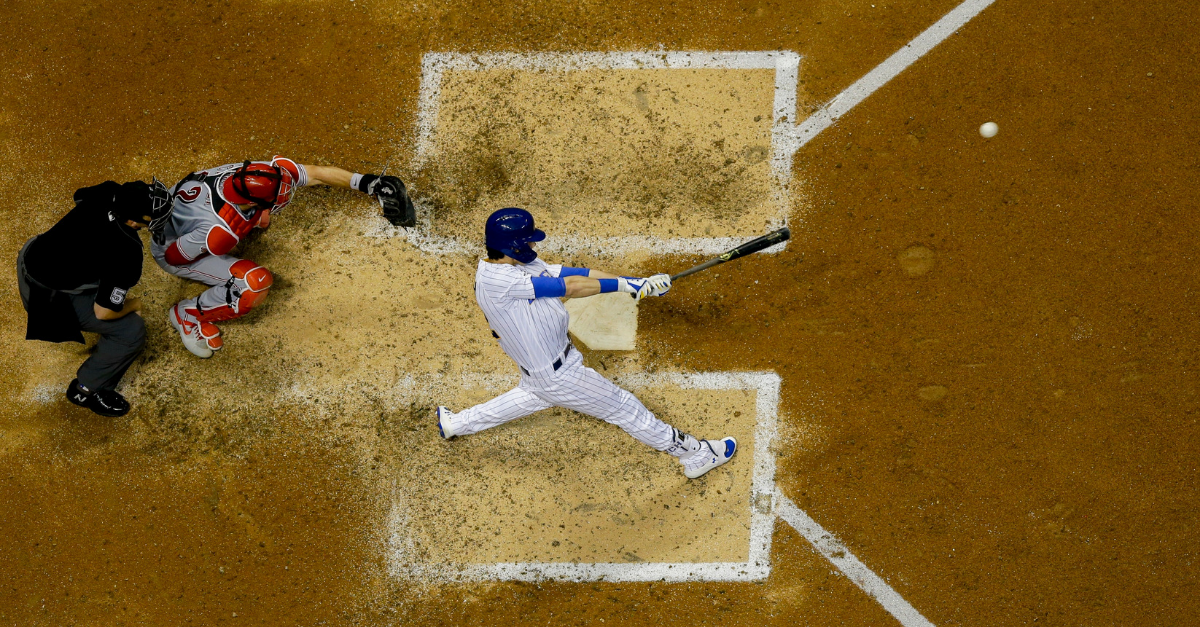 I’m a huge baseball fan. Admittedly, I couldn’t have been further from greatness when I played growing up, but the game itself is so much fun. Anyone can play, you don’t need to be an elite athlete, and it’s taught in every corner of the world.

But Major League Baseball has a serious image problem that’s hurting its product. Attendance is declining, and you’d be hard-pressed to find casual sports fans who actually know the league’s biggest stars these days. So how is MLB commissioner Rob Manfred correcting this course? By turning baseball into a home run derby.

Last year, Major League Baseball bought Rawlings Sporting Goods Company, which has manufactured the league’s baseballs and helmets for years. Why? The league was “particularly interested in providing even more input and direction on the production of the official ball of Major League Baseball.”

Basically, professional baseball wanted to change the most-important tool in the game without anyone noticing.

During the MLB owners’ meetings in New York last week, Manfred was asked why baseball is seeing such a massive spike in home runs this season. As of June 21, MLB is on pace to see 6,612 home runs fly out of ballparks this season. That would completely obliterate the current record of 6,105 set in 2017.

The reason for the spike in dingers? Something called “the pill.”

As Manfred puts it, the “batch of baseballs that we have this year have less drag.” That’s because the pill ? basically the core of the baseball ? was moved to the center of the ball, causing it to sail through the air straighter, smoother, and as a result, a lot farther.

“They [Rawlings] haven?t changed their process in any meaningful way. They haven?t changed their materials. There?s two points that I would make, even in the report last year: The scientists identified the pill in the baseball ? not what it was actually composed of ? but the centering of the pill in the baseball as something that could be a drag issue. To the extent that the pill is not perfectly centered, the ball wobbles when it?s hit, creates more drag. We think one of the things that may be happening is they?re getting better at centering the pill. It creates less drag.”

The evidence is everywhere.

Only 12 times in MLB history have at least 30 players hit 30 long balls in a single season. There are 61 players on pace to reach the 30 home run mark this season.

Between May 26 and June 24, the New York Yankees hit at least one home run in 27-straight games to tie the all-time MLB record, and they did it without Aaron Judge or Giancarlo Stanton, the franchise’s walking home run machines, in the everyday lineup.

Since MLB Statcast began tracking home run distances during the 2015 season, there were 23 baseballs hit over 480 feet between 2015 and 2018. Not even halfway through 2019, five have already been hit that far, including the longest home run ever recorded by Texas Rangers right fielder Nomar Mazara.

The 24-year-old slugger launched a baseball 505 feet into orbit over the weekend.

Remember the last time Major League Baseball saw a spike in home runs like this? That’s colloquially remembered as the Steroid Era. We watched Barry Bonds, Alex Rodriguez, Sammy Sosa, Mark McGuire, Rafael Palmeiro and Manny Ramirez all face performance-enhancing drug and steroid accusations during their careers, which included a cocktail of positive tests, lies about why their heads grew three sizes, and six of the top-15 home run totals ever.

Aren’t they being left out of the Baseball Hall of Fame because they’re cheaters?

Baseball is hurting, and juicing up the baseballs seems like the only way Manfred can think to fix it. Major League Baseball needs to realize that they don’t market stars like the NBA or NFL, despite fans, literally, being so close to the game. The league is failing to promote its brand, so they’re trying to inflate the numbers and make it appear more fun than ever before

I don’t hate that baseball is cheating to make the game more exciting. I mean, they have to do something. But Manfred acting like he has no idea what’s going on gives me little hope this is the right course of action. It’s an era of launch angles, boom-or-bust mentalities, and now, easy-to-hit baseballs.

Embrace it. Accept it. Get used to it.

NEXT: Never Forget That Dock Ellis Threw a No-Hitter on LSD