Baseball is facing a clash between the old and the new. The 60-something-year-olds want to preserve baseball's unwritten rules and traditions. The kiddos and millennials today don't just want home runs, they want 500-foot home runs followed by bat flips into the stratosphere.

Whether either side realizes it, both sides want drama. Fights like Bryce Harper vs. Jeff Samardzija or Jose Bautista vs. Rougned Odor are just as awesome as Nolan Ryan pounding Robin Ventura's face while in a headlock. What we all want is the unusual, the unthinkable and the unbelievable.

When it comes to unthinkable and unbelievable no-hitters and perfect games reign supreme. See if you can count on both hands the number of people in your life who have seen a no-hitter at a baseball. I'm not talking on television, I'm talking butts-in-seats at the ballgame. A perfect game is a feat so rare, that baseball hasn't seen one since 2012, when three pitchers, Phil Humber, Matt Cain and Felix Hernadez, each threw one. Over 218,400 games have been played in MLB history and only 23 perfect games have been thrown. Wild stuff.

That's not to say that no-hitters aren't impressive; pitchers just need to innovate a little more. Nolan Ryan threw seven No-No's in his lengthy career, which is somehow not the most impressive career accomplishment of his. Roy Halladay threw the only postseason no-hitter that wasn't a perfect game during the opening game of the 2010 NLDS, his second no-hitter following his perfect game earlier in the season. Bob Feller of Cleveland threw the only Opening Day no-hitter in MLB history back in 1940 when he blanked the Chicago White Sox.

But, when it comes to upping the difficulty of throwing a no-hitter in a Major League game no one can hold a candle to Dock Ellis, who took LSD and then refused to give up a base hit. It's safe to say that no pitcher will ever accomplish that feat again. 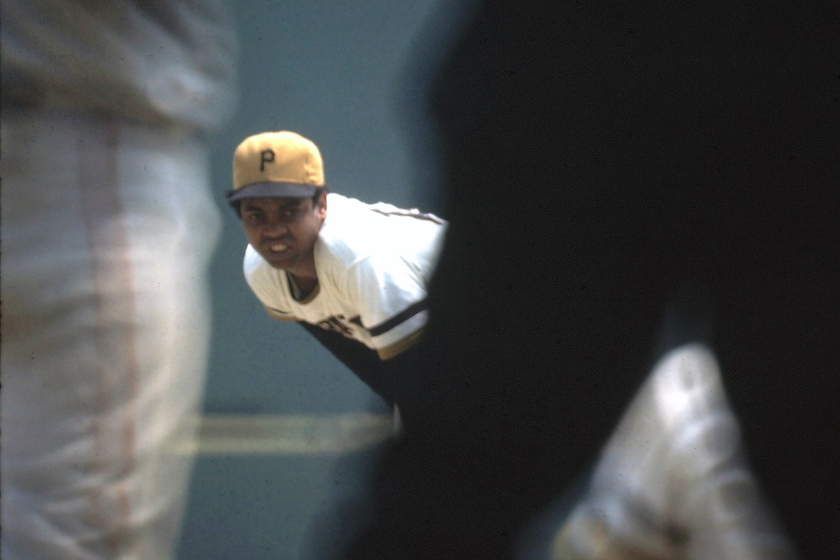 Imagine Richard Nixon calling strikes and balls as an umpire while Jimi Hendrix steps into the box to hit your fastball. That sort of thing. Maybe not literally, but we need stories like what Pittsburgh Pirates pitcher Dock Ellis claimed he saw while tossing his infamous LSD no-hitter in 1970.

If you've never heard this story, it's a doozy. It will leave your head spinning, though maybe not as much as Ellis' on June 12 that year.

To understand why or how someone would ever take LSD before pitching an entire baseball game, you first have to understand Dock Phillip Ellis. He was fiery, rebellious, and unpredictable but also bubbling with talent. He was flashy and flamboyant but down-to-earth, friendly and hysterical.

Never afraid of anything or anyone, he once chased a heckler who called him a racial slur into the stands with a bat at a minor league game. He wore curlers in his hair when people complained about his braided hairstyle until MLB Commissioner Bowie Kuhn wrote him not to do so anymore.

When he was traded to the Oakland Athletics in 1977, the team expected him to keep charts on opposing hitters. He set those on fire and triggered the sprinklers in the Cleveland Stadium clubhouse.

After the Cincinnati Reds taunted Ellis' Pirates for beating them in the 1972 playoffs, Ellis said he was going to hit every one of their batters. The feared Big Red Machine consisted of three Hall-of-Famers in Johnny Bench, Tony Perez and Joe Morgan and all-time hits leader Pete Rose at the time. He drilled the first three Reds he faced, walked the next two and was yanked out of the game by manager Danny Murtaugh.

"Dock Ellis was without question the most intimidating pitcher of his era. Bob Gibson is up there, too, obviously, but with Dock it wasn't just his stuff. It was his flamboyance, his perceived militancy and his fearlessness. When he came and said he was gonna hit all those Reds, I thought, 'You ain't gonna do nothing, man.' Then he did it. I gained a lot of respect for him right there. Dock was and is one of my best friends -- I call him my baseball father -- but after I left the Pirates, he said he was gonna hit me in the face. And every time I faced him, I was scared."

Nutty, right? Who does that?

Anyway, Ellis was a 25-year-old phenom starting pitcher in the midst of his third season in 1970. The Pirates had a twi-night double header scheduled against the San Diego Padres on Friday at San Diego Stadium. Ellis had driven to the place he grew up, Los Angeles, to hang with an old girlfriend of one of his childhood buddies.

Thinking it was Thursday, Ellis took the psychedelic drug at noon that day. The girl he was with was fumbling through the newspaper about an hour later and told Ellis he was scheduled to start the first game at 6:05 p.m. Flights from L.A. were cheap, about $10 at the time. He hustled to the airport around 3:30 p.m. and arrived at San Diego's ballpark at 4:30 p.m. in time for warmups for one of the wildest starts of his career. Literally.

"I can only remember bits and pieces of the game. I was psyched. I had a feeling of euphoria. I was zeroed in on the (catcher's) glove. But I didn't hit the glove too much. I remember hitting a couple batters and the bases were loaded two or three times."

Sometimes he couldn't see the batter. Sometime he couldn't see the catcher. Other times he couldn't feel the ball. The New York Times wrote that Ellis at one point in the fourth inning saw President Richard Nixon behind home plate and Jimi Hendrix digging in against him while holding a guitar. Imagine Max Scherzer saying he sees Joe Biden behind the dish and Taylor Swift on deck with a microphone. Pure comedy.

While MLB doesn't have much footage of the game available, parts of it can be seen in the documentary No No: A Dockumentary. No Mas and James Blagden brought us an awesome animated short on the story of the no-hitter, and Ice Cube revealed plans in 2017 to produce a movie about the historic event. 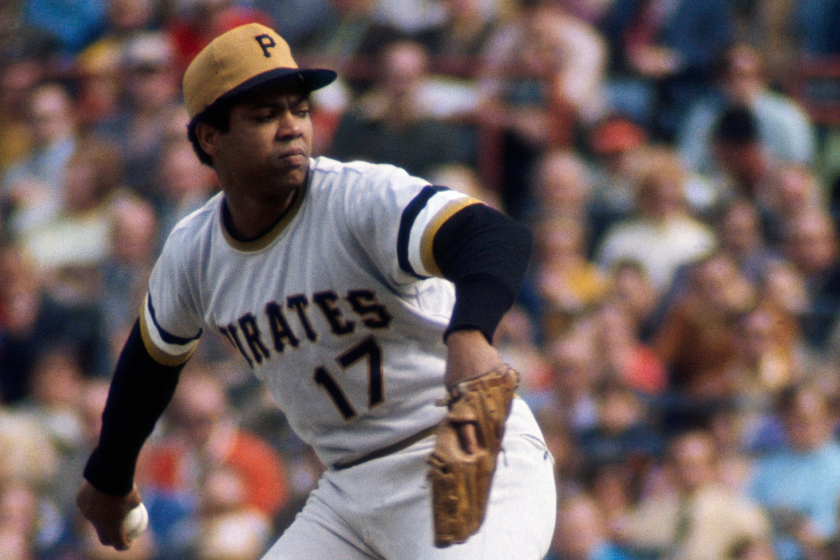 Ellis faced 36 batters. He walked eight of them. He hit another. He struck out six. Somehow, none of them reached base via single, double, triple or home run. He gave up a few line drives, but stellar defense from second baseman Bill Mazeroski and centerfielder Matty Alou prevented any of them from dropping. From the first pitch of the fist batter he retired -- Dave Campbell -- to his last out -- a strikeout of Ed Spiezio -- Ellis was untouchable. He embodied the term "effectively wild." All while under the influence of LSD.

Ellis' eight walks marks the second most walks in a nine-inning no-hitter, behind only A.J. Burnett's nine in 2001. Nothing about Ellis' pitching performance was pretty, except maybe the colors, shapes or patterns he saw when he took the mound still high on the popular drug of the counterculture era of the 1960s and 1970s.

Taking amphetamines, commonly known as "greenies", before games he pitched was commonplace. An ESPN article tells the story of the one time he tried to pitch sober and couldn't replicate his delivery or mechanics. Players who used greenies in the 1980s like Doc Gooden and Darryl Strawberry have explained that using the performance enhancers would make the baseball seem as big as a beach ball. Strawberry also referred to playing without the help of greenies as "playing naked."

Labeled as a troublemaker from a young age, Ellis never shied away from that title. He played basketball for L.A.'s Gardenia High School after vowing not to play baseball because one player called him a "spearchucker." When he was caught drinking in the school bathroom, the school agreed not to suspend him if he played baseball for them. He was named all-league there before playing for Los Angeles Harbor College.

Many Major League Baseball teams attempted to sign Ellis, but he held out for the Pirates because he heard they gave out $60,000 signing bonuses. In 1964, he signed a one-year minor league contract for $500 per month and a $2,500 bonus. The reason Pittsburgh scout Chet Brewer signed him for so cheap? Ellis had just stolen a car and subsequently received probation and a fine. He was lucky to be offered any sort of deal.

Ellis debuted for the Pirates in 1968 and pitched for the Mets, Yankees, Rangers and Athletics over his 12-year baseball career. He beat the San Francisco Giants in Game 2 of the 1971 NLCS and helped the Pirates defeat the Baltimore Orioles in the World Series. He also started the All-Star Game for the National League the same year. He won 138 games and maintained a 3.46 career ERA. That's better than 12 Hall of Famers. 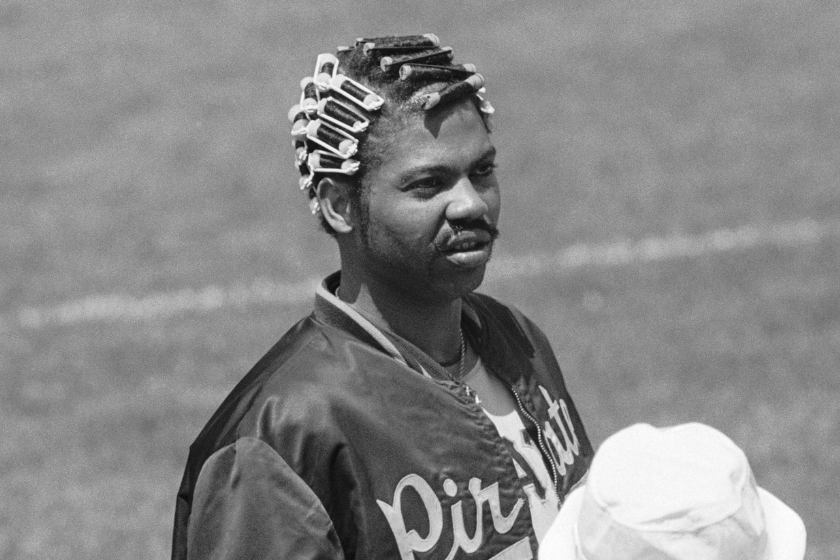 Photo from the Bettmann Archives/Getty Images

Ellis retired in 1980 and went to rehab for substance abuse. After quitting using drugs and alcohol after his first son was born that year, he spent his post-playing days as a drug counselor for prisoners. He died in 2008 as a result of cirrhosis.

Dock Ellis will be remembered in the game's lore for his improbable no-hitter, and that's perfectly fine, but he meant more to America's Pastime than maybe he even realized. He petitioned for free agency rights for players. He raised money and awareness for sickle cell disease. And he was vocal about the advancement of black athletes in a historically racist game.

Jackie Robinson (who broke baseball's color barrier with the Brooklyn Dodgers) wrote him a letter after he called out 1971 All-Star Game NL manager Sparky Anderson, daring him to start him when another black pitcher -- Vida Blue -- was already starting for the American League. It was the first time one or even two African American pitchers started baseball's Midsummer Classic. While Ellis rarely cared what people thought about him, Robinson's words made him tear up:

"I read your comments in our paper the last few days and wanted you to know how much I appreciate your courage and honesty ... I am sure also you know of some of the possible consequences ... the news media ... will use every means to get back at you ... honors that should be yours will bypass you and the pressures will be great ... there will be times when you ask yourself if it's worth it all. I can only say, Dock, it is ...Sincerely, Jackie Robinson"

Ellis may have been a nutcase who was on edge 90 percent of his MLB career, but he was always 100 percent Dock. And Dock's character was admirable to the day he died.

In an era of professional sports where minor leaguers get paid squat, women athletes make even less and black baseball players still encounter racial slurs, we could use another Dock Ellis.

This article was originally published June 17, 2019, yet we still can't figure out how Dock pulled this off.