There's something different about stepping into the batter's box against Mets pitcher Max Scherzer. The former Washington Nationals World Series Champion and Los Angeles Dodgers 2021 trade deadline acquisition is not only one of the greatest hurlers of all time but staring the 37-year-old straight in the eye can also be a bit intimidating, which is exactly why the New York Mets gave him one of the biggest contracts in MLB history.

No, not because Scherzer is casting a devastating death glare at his opposing hitters (he certainly might be). The hard-throwing right-hander actually has different color eyes.

In fact, the condition behind this makes him a pretty rare specimen.

Max Scherzer's Eyes are the Result of a Medical Condition 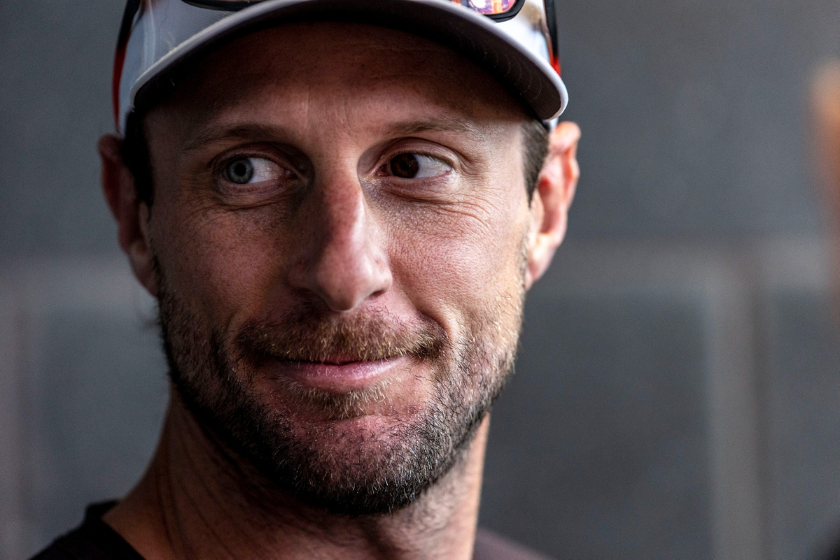 Yep, stare the three-time Cy Young award winner in the eyes, and you'll come to realize that Scherzer's eyes are different colors. Scherzer has a condition, heterochromia iridum, which impacts the color of his iris. The condition affects less than 1 percent of people. Heterochromia iridis, which is similar, occurs when a patch of different color appears in one eye.

Scherzer has one blue eye and one brown eye, and he said that the pigmentation of his eyes can even change -- the shades of blue and brown fluctuate. Scherzer's mother told the Kansas City Star that her son had one blue eye and one green eye when he was born and that his eye color changed multiple times throughout his upbringing.

Furthermore, his father, Brad, told The Chicago Tribune that Scherzer had embraced his varying eye colors from a young age.

When the Nationals had a Max Scherzer Bobblehead night at Nationals Park, Nats fans were thrilled to see the bobblehead came with different colored eyes.

It even featured a black eye, which Scherzer sustained after a miscue during batting practice.

I freaking love this pic.twitter.com/U6huojcxc7

Scherzer apparently has a soft spot for furry friends with the same eye condition.

According to NBC Sports, Max and his wife Erica have adopted four dogs, three of which have heterochromia iridis. Bo, Rafi, and Max all have those Scherzer-like eyes, and the couple added Zou thanks to the Human Rescue Alliance.

"Humane Rescue Alliance, HRA, was an up-and-coming organization that she wanted to partner with, and we both felt very passionate about that--that's something that's very easy to help out in the community, in so many different capacities," Scherzer told NBC Sports. "Pet supplies or veterinary visits or just finding different ways to help people to adopt animals. We really want to erase that stigma: 'You don't want a shelter dog, you want to try to go through a breeder and get a purebred dog,' and a lot of times you pass over some great animals, absolutely great animals that are in need of a home."

How Rare is Heterochromia Iridum? 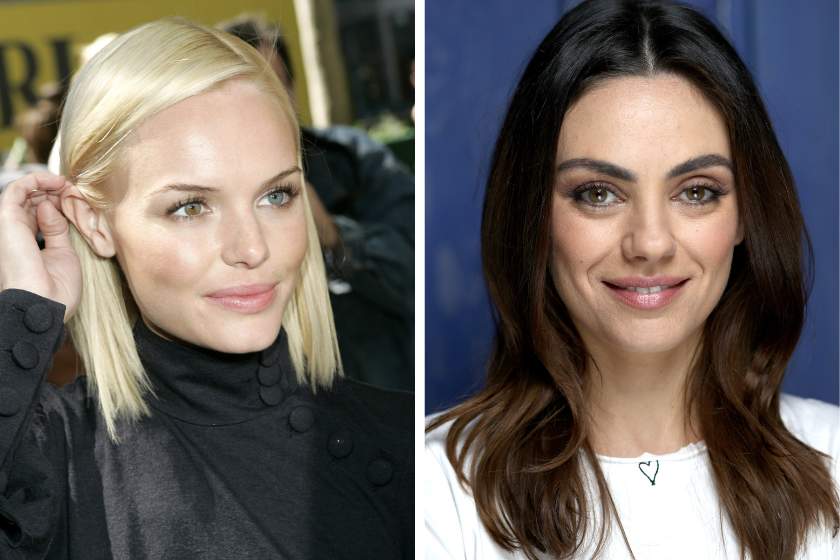 Scherzer isn't the only well-known individual who has heterochromia iridum. Actresses Mila Kunis, Dan Aykroyd, Jane Seymour and Kate Bosworth are all afflicted by the condition, which is reportedly found in one in every 200,000 Americans.

Scherzer's Soon-to-be Hall of Fame Career on the Mound 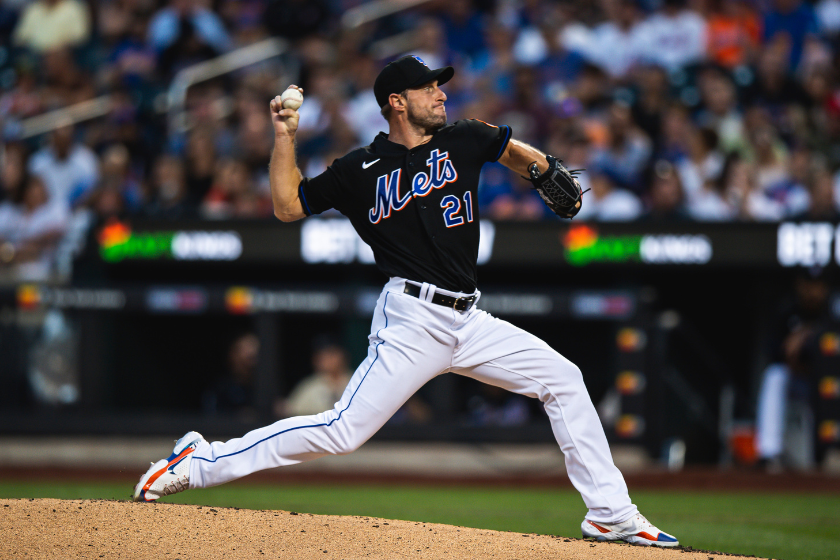 Max Scherzer grew up in St. Louis, Missouri, and played high school baseball at Parkway Central High School. He was drafted by the Cardinals in the 43rd round of the 2003 MLB Draft. Still, he opted to play college baseball at the University of Missouri.

He was again drafted in 2006, this time as the 11th overall pick of the first round by the Arizona Diamondbacks. Scherzer made his MLB debut in 2008 against the Houston Astros.

He spent two seasons with the D-Backs before they dealt him to the Detroit Tigers as part of a three-team trade, including the New York Yankees. Ultimately, the Tigers were the benefactor of the transaction.

While in Detroit, Scherzer and the Tigers made the playoffs in four of his five seasons but never managed to win a ring. In 2012, the Tigers were swept by the San Francisco Giants in the World Series. The following year they were ousted in the ALCS by the Boston Red Sox, and in 2014 the Baltimore Orioles took down the Tigers in the ALDS.

Scherzer joined the Washington Nationals in 2015 on a seven-year contract in free agency.

Scherzer dominated NL East rivals such as the Miami Marlins and Philadelphia Phillies. He added two more Cy Young awards to his resume in 2016 and 2017. In 2017, Scherzer posted a 2.51 ERA and struck out 268 batters while surrendering 18 home runs.

Despite Scherzer's dominance, the Nationals were ousted in the postseason by the Dodgers in 2016 and the Cubs in 2017. Scherzer finished second in Cy Young voting in 2018, dethroned by Mets' ace (and current teammate) Jacob deGrom.

Finally, in 2019, Scherzer and the Nationals added a World Series ring to the trophy case. Despite finishing behind the Atlanta Braves in the NL East, the Nationals rode a Wild Card berth past the Brewers, Dodgers and Cardinals before taking down the Houston Astros on the big stage.

Scherzer was traded to the Los Angeles Dodgers during the 2021 season along with shortstop Trea Turner. He returned to the postseason after the Dodgers beat the St. Louis Cardinals in the NL Wild Card Game. All along the way, you can bet Scherzer was staring into the souls of batters. The Dodgers would fall short of the Fall Classic, however, as the Dodgers lost in the NLCS to the eventual World Series Champions, the Atlanta Braves. 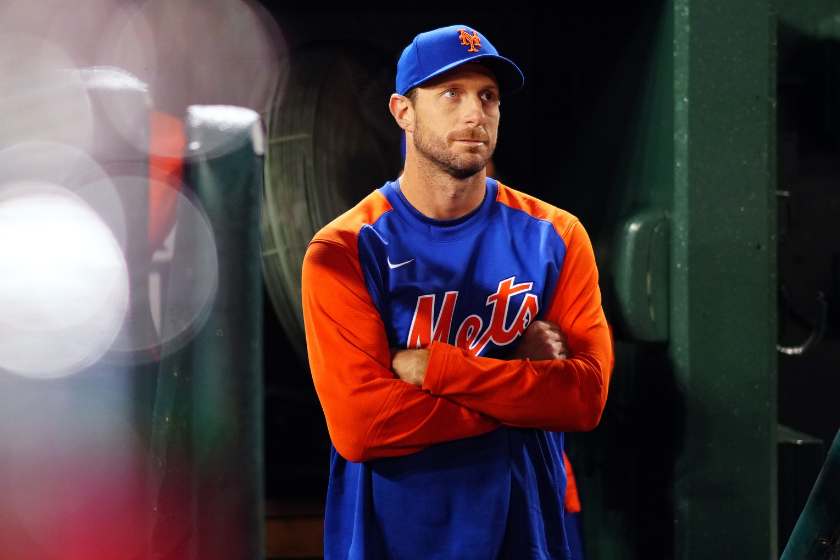 Needless to say, the Mets have faith in Scherzer being able to hit these career marks and bring their franchise to new heights. Ideally, the Mets hope Mad Max can make the Amazins the third NL East team to win a World Series since his Nationals won their rings in 2019.