Combined no-hitters are trash. There, I said it.

The very fact that Houston Astros starter Cristian Javier and three no-name relievers are being mentioned in the same breath as Don Larsen--the man who threw the only perfect game in World Series history--is almost insulting. Why? Because combined no-nos don't mean diddly squat, even if they happen in the Fall Classic.

Sure, what Houston's pitchers pulled off in Game 4 against a Philadelphia Phillies lineup that had just bombarded Astros pitching the night before was impressive. Holding a team to zero hits through nine innings always will be. But there's just something, well, lackluster about watching four different pitchers do it. Even worse, it's a reminder that the game is changing rapidly and doesn't even remotely resemble one from generations ago.

Combined No-Hitters: A Warning Sign of a Changing Game 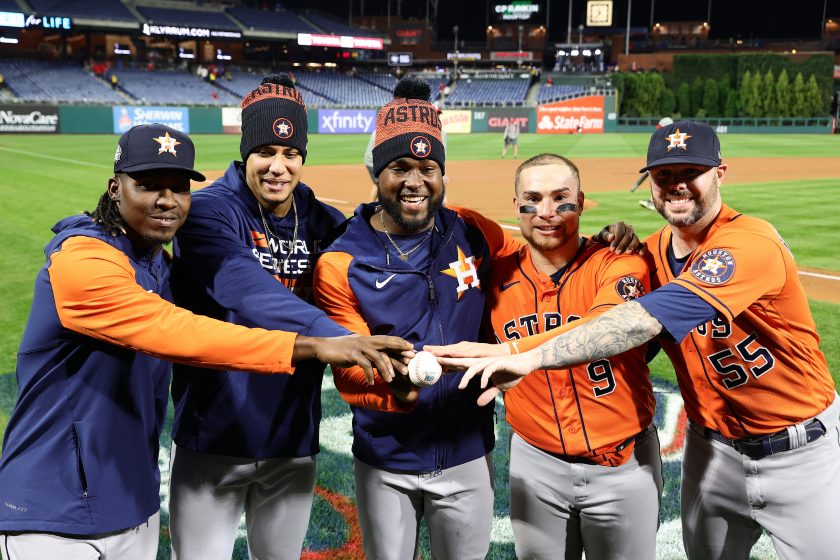 What would Nolan Ryan say if he was still playing? The man who tossed a record seven no-hitters probably turned off the game once he saw Javier come out of the game after 97 pitches. He probably reminisced about his 44-year-old self throwing that seventh no-no on 122 pitches.

Pitchers used to throw all nine innings, no sweat. That's when baseball was about toughness and grit. Back when wins and losses were personal. Now the game is all about analytics, matchups, and pitch counts.

Don't get me wrong. I'm all for decreasing arm injuries using pitch counts. But you can't deny that once a manager makes a decision to pull his starter after six or so no-hit innings, the outcome becomes...less interesting. There's something about watching a starting pitcher go the distance, running on nothing but fumes as he gets out after out in the ninth. It's triumphant. Watching fresh reliever after fresh reliever enter the game just lessens what a no-hitter truly is.

Imagine if this were Justin Verlander--and no one else--who threw the no-no. Watching one of the greatest of our generation complete a fourth no-hitter by himself is undoubtedly awesome--especially at 39 years old. This, though? I paused the latest season of "American Horror Story" for the last out, watched it and turned back to AHS. 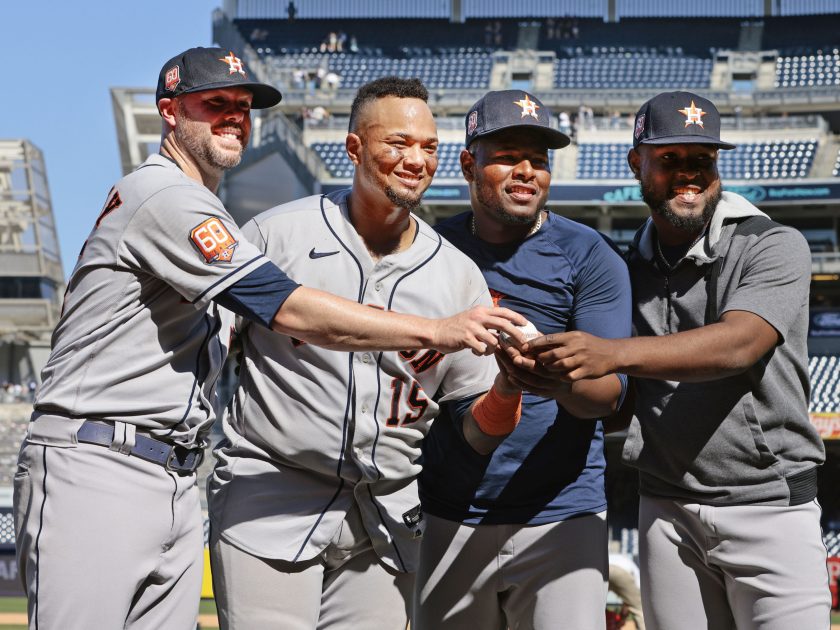 Tell me this: when's the last combined no-hitter you remember? I couldn't tell you. But I can tell you where I was when Roy Halladay threw a no-hitter in the 2010 playoffs, the same season he also threw a perfect game. I've witnessed one live, too. I sat in the press box of Marlins Park and watched Edinson Volquez use 98 pitches to no-hit the Arizona Diamondbacks in 2017. It was magical. But it wouldn't have been had the Marlins turned to a reliever.

Like I said, the combined no-hitter is a sign of a changing game, for better or worse. There have been 317 no-hitters in MLB history, the majority of which were thrown by one pitcher. Only 19 of them have been combined hitters. But a majority of these bullpen efforts have come in recent years:

There were three combined no-nos in 2022 and there have been five since the start of the 2021 season. They're becoming more and more frequent, and they simply don't mean as much as the one-man shows do.

I don't care if I look like the old man yelling at the clouds meme. Combined no-hitters are straight-up boring. They don't mean anything. If anything, they're a depressing reminder of how fragmented baseball is becoming.