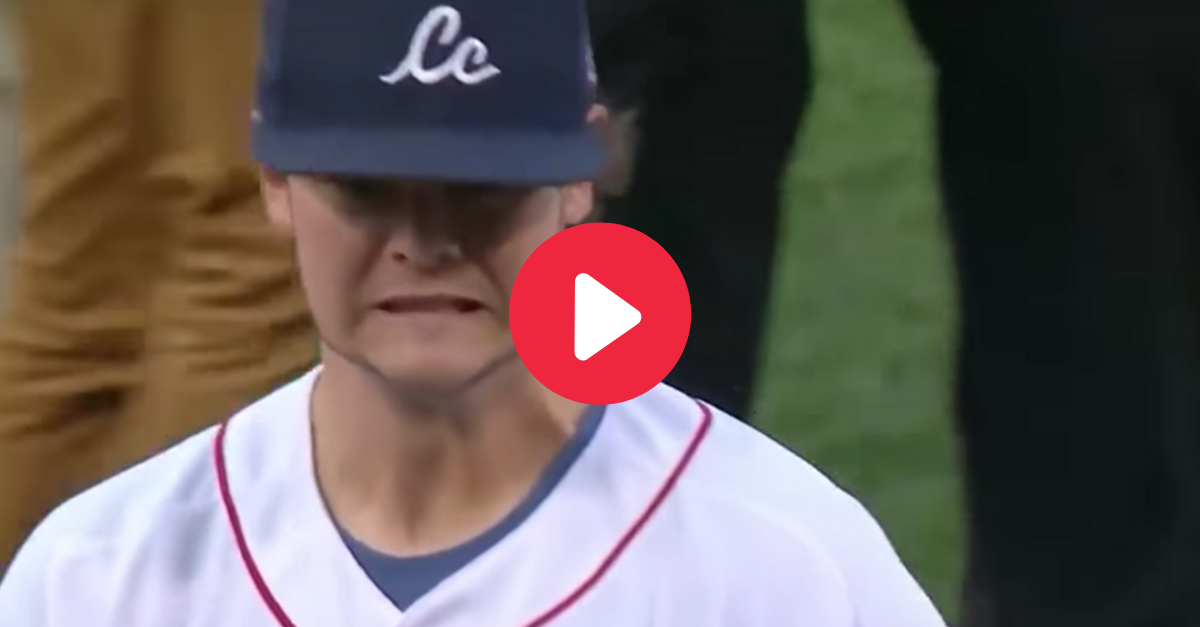 First pitch ceremonies are a part of baseball. Pick someone from the community, and they throw off the mound in front of tens of thousands of people.

Most times, the pitches are off the mark.

This one before the Boston Red Sox game from teenager Josh Leandre was really off the mark.

A first pitch went astray — big time — and ended up hitting a photographer below the belt. No surprise the photographer dropped like a rock.

It’s either the worst, or best, first pitch ever, depending on your perspective.