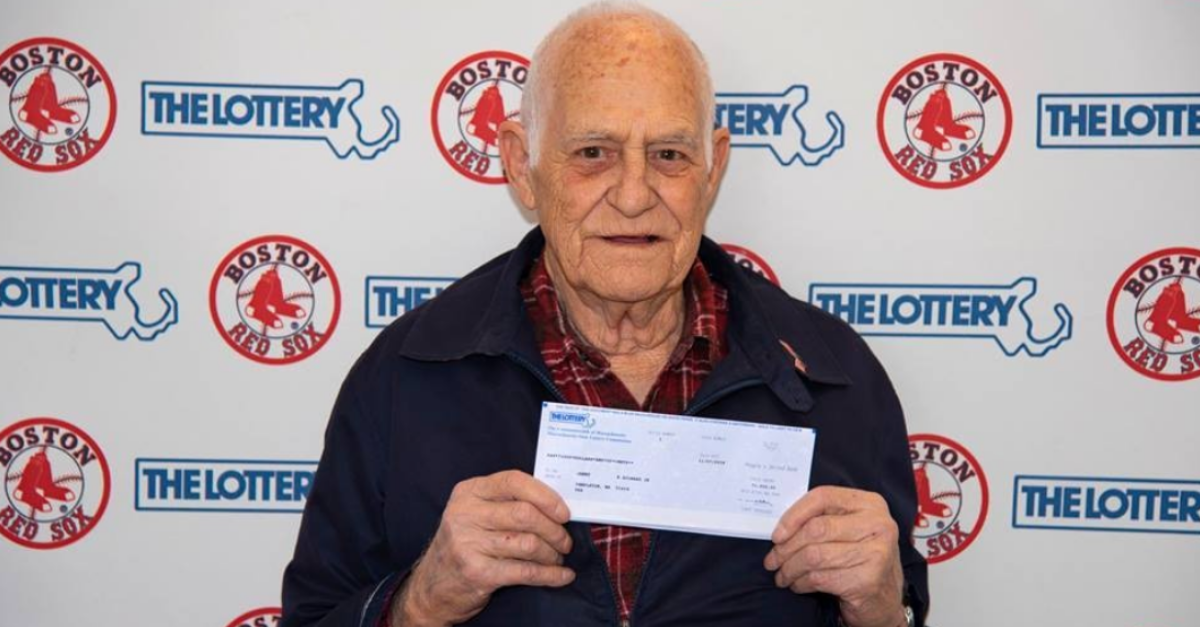 It’s a great time to a Boston sports fan. Tom Brady and the New England Patriots are poised to make another Super Bowl run, the Boston Bruins have one of the best defensive teams in the early window of the NHL season, and the Boston Celtics own a talented, young roster ready to win now in the NBA.

However, the current kings of the city are the World Series champion Boston Red Sox, and they’re still winning in the offseason. When 84-year-old Jim Aylward Jr. played five jersey numbers of players from the World Champions, and he ended up winning the lottery’s $100,000 grand prize.

In a statement from the Massachusetts state lottery, Aylward, who lives in Templeton, Massachusetts, played 11-16-19-22-25 in Monday’s Mass Cash drawing. Those numbers correspond to “two young stars, a dazzling outfielder, a starting pitcher and the series MVP,” according to the news release.

It's good to see something go right for a Boston sports fan for once.https://t.co/6jH6IuewbT pic.twitter.com/ahrjzkO7Du

RELATED: All of MLB Should Prepare for Tebow Time in 2019

Aylward has five children, nine grandchildren and four great-grandchildren to share his prize with, which he claimed on Wednesday, so there’s going to be no shortage of excitement to go around.

The Red Sox defeated the Los Angeles Dodgers in five games to capture the club’s ninth World Series title, including its fourth since 2004. Aylward’s five winning Red Sox players each played an integral part at different times through Boston’s incredible run this season, as this team won 119 games, the second-most ever by a World Series-winning club.

A World Series is nice, but that $100,000 lottery prize definitely takes the cake.

I wonder if there’s going to be any kickback to the Boston boys for helping Aylward get the win?