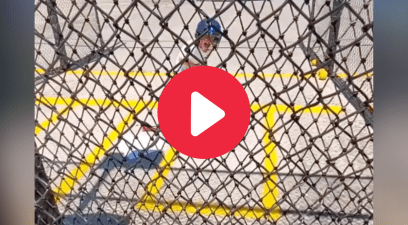 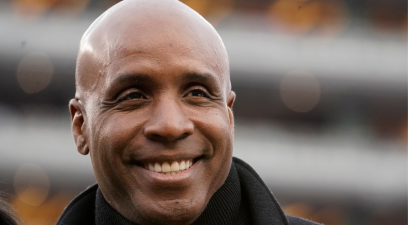 It might not seem like it, but it’s a tradition unlike any other. If you are the President of the United States, you will throw out at least one ceremonial first pitch at a Major League Baseball game while in office.

Although President Donald Trump has yet to, every sitting POTUS since 1910 — from William Howard Taft to Barack Obama — has thrown out at least one first pitch at a professional baseball game.

However, of all of the Presidential first pitches thrown over the last century-plus, perhaps nobody enjoyed throwing strikes like President George H.W. Bush, the 41st President of the United States and big baseball fan who passed away Friday night at the age of 94 in Houston, Texas.

From 1989 to 2015, President George H.W. Bush, a left-hander, threw out eight ceremonial first pitches and all of them were significant. He even threw out the first pitch in the 1986 MLB All-Star Game when he was Vice President. His son, George W. Bush, the 43rd President of the United States, has thrown out a record 11 Presidential first pitches

Here’s an overview for every single pitch from when George H.W. Bush took office:

With President of Egypt Hosni Mubarak on hand as a special guest, President George H.W. Bush, who succeeded President Ronald Reagan, took the MLB mound for the first time as President of the United States in Baltimore, Maryland before the Baltimore Orioles defeated the Boston Red Sox 5-4 in 11 innings.

A day after the Toronto Blue Jays and Texas Rangers played a game in Arlington, President George H.W. Bush, wearing a Rangers jacket, threw out the first-ever Opening Day pitch in Canada in front of 49,673 people before the Blue Jays beat the Rangers 2-1. Canada Prime Minister Brian Mulroney also threw out a pitch.

Before Hall of Fame pitcher Nolan Ryan took the mound at Arlington Stadium, which was formerly known as Turnpike Stadium, President Bush tossed out the first pitch before the Texas Rangers fell 5-4 to the Milwaukee Brewers.

After making his Presidential first pitch debut at Memorial Stadium, President George H.W. Bush returned to Baltimore, Maryland to throw out the first pitch ever at the brand new Camden Yards. What a cool moment before the Orioles beat the Cleveland Indians 2-0.

This was another milestone moment for former President George H.W. Bush when he helped open Cincinnati’s brand new National League ballpark before the Reds got beat 10-1 by the Pittsburgh Pirates.

The first of two father-son Presidential first pitches, President George H.W. Bush and George W. Bush rode out to the pitcher’s mound on a cart before Game 4 of the 2010 World Series between the Texas Rangers and San Francisco Giants near Dallas. It doesn’t get much better than sharing the mound with your son before a World Series game.

Accompanied by his wife Barbara Bush, 91-year-old former president was in a wheelchair and with a neck brace on as he threw out the first pitch at Game 3 of the American League Division Series between the Houston Astros and Kansas City Royals. The Astros won the game, 4-2, but lost the series.

President George H.W. Bush saved his best pitch for last, when the Elder Bush gave the game ball to his his son, former President George W. Bush, for the first pitch before Game 5 of the World Series between the Houston Astros and Los Angeles Dodgers. This was a special, special moment for the Bush family and Houston ace Justin Verlander before the Astros won their first World Series championship.

READ MORE: Relive the Most Memorable Moments in Sports History… In Lego Land