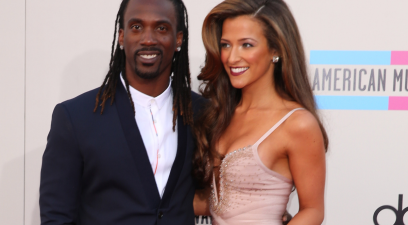 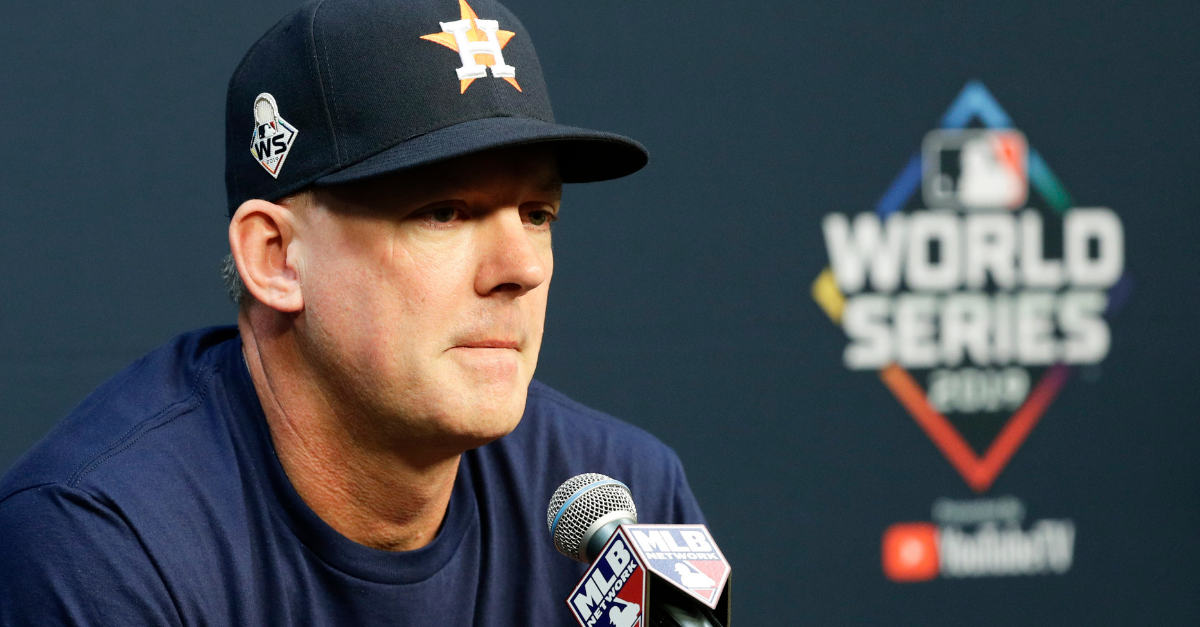 Houston Astros closer Roberto Osuna gave up a game-tying, two-run home run in Game 6 of the ALCS. The New York Yankees’ DJ LeMahieu sent Osuna’s pitch into the right field seats, which scored Gio Urshela to tie the game at 4-4. For those unfamiliar, a closing pitcher blowing a save in a game that would send your team to the World Series does not deserve your applause.

Yet, after Jose Altuve’s walk-off home run in the bottom of the ninth sent Houston back to the Fall Classic, Astros Assistant General Manager Brandon Taubman turned to a group of female reporters and shouted half a dozen times, “Thank God we got Osuna! I’m so f****** glad we got Osuna!”

Last year, Roberto Osuna received a 75-game suspension for allegedly assaulting the mother of his child and settling with her on a one-year, no-contact agreement. The Toronto Blue Jays traded their damaged goods to Houston for, essentially, an old ham sandwich.

These three woman, one of whom was apparently wearing a purple domestic violence awareness bracelet, weren’t talking to Osuna. They weren’t talking to Taubman. The Astros executive turned, looked right at these woman, and made an ass of himself and the organization. SI reported another Astros staffer had to apologize to the women for the “offensive and frightening” outburst.

Taubman’s tirade was first reported by Stephanie Apstein of Sports Illustrated, and multiple journalists inside the locker room have corroborated her story.

In addition to Apstein’s reporting, NPR’s David Folkenflik conducted his own set of interviews and found even more damning evidence against Taubman.

The female reporter in question — the one wearing that domestic violence bracelet — tweeted several times about DV in the past. As it turns out, Taubman complained about her “informational tweets” that appeared shortly Osuna pitched in games for Houston.

This outburst wasn’t a coincidence, according to Apstein and Folkenflik. Long after the celebration died down, Taubman sought out his chance at redemption to call out this woman and her opinions.

The woman asked that she and her publication not be named to avoid being “drawn into the growing public controversy.”

The Astros called this @stephapstein report misleading. It is not. I was there. Saw it. And I should’ve said something sooner.

In a surprising twist, the MLB organization backed up Taubman and criticized Sports Illustrated for its “misleading and completely irresponsible” story.

“An Astros player was being asked questions about a difficult outing. Our executive was supporting the player during a difficult time. His comments had everything to do about the game situation that just occurred and nothing else – they were also not directed toward any specific reporters. We are extremely disappointed in Sports Illustrated’s attempt to fabricate a story where one does not exist.”

Back-peddling and protecting their own. Pretty standard when domestic violence against women comes into play, but the worst part was yet to come.

Taubman later publicly apologized for what he said and did. Houston owner Jim Crane backed up his club’s policy on domestic violence, citing the a partnership with the Texas Council on Family Violence and charitable donations to “various agencies.”

“This past Saturday, during our clubhouse celebration, I used inappropriate language for which I am deeply sorry and embarrassed. In retrospect, I realize that my comments were unprofessional and inappropriate. My overexuberance in support of a player has been misinterpreted as a demonstration of a regressive attitude about an important social issue. Those that know me know that I am a progressive and charitable member of the community, and a loving and committed husband and father. I hope that those who do not know me understand that the Sports Illustrated article does not reflect who I am or my values. I am sorry if anyone was offended by my action.”

I’m sure Brandon Taubman is a fine guy, but there’s something much bigger at work here, and Houston denying it makes them look guilty of masking any “frightening” incidents that women are subjected to.

This story broke the same week that Major League Baseball’s World Series is set to begin. Do you really think MLB commissioner Rod Manfred and the league’s front office wants to hear about this at all?

Did "we also apologize to Stephanie Apstein for insinuating she was fabricating an event she personally witnessed" get lost in the copy/paste migration?

Professional baseball is doing all it can to protect its image. Shortening games didn’t work. Juicing baseball’s became a hot topic. Even the idea of robot umpires was thought to make the game more progressive and lure in a younger audience.

But domestic violence against women? Listening to women at all?

This is a shame for Houston, Texas and Astros fans everywhere. But if Houston manager A.J. Hinch and stars like Justin Verlander and Gerrit Cole bring the city its second World Series in three years? This might be the last you ever hear about assistant GM Brandon Taubman’s ill-timed — and all-too-conveniently targeted — postgame outburst after the American League Championship Series.

UPDATE: After conducting an investigation, the Houston Astros fired Brandon Taubman. In the team’s statement, they admitted they were wrong for calling Apstein’s reporting misleading, and thanks Major League Baseball for their cooperation.

In a statement announcing the firing of Brandon Taubman, the Astros admitted their initial accounting of the incident in the clubhouse was incorrect — “We were wrong,” it says — and offered an apology to @stephapstein, the reporter who first wrote about it. pic.twitter.com/5yjRrmvVVl

This article was originally published October 22, 2019. It was updated with news that Taubman was fired on October 24.

READ MORE: How ‘Baby Shark’ Carried the Washington Nationals to a World Series