While Baty's defense wasn't the strongest tool at his disposal, there was no disputing his abilities with the bat. Just give this draft profile a read, and you'll see what I mean. 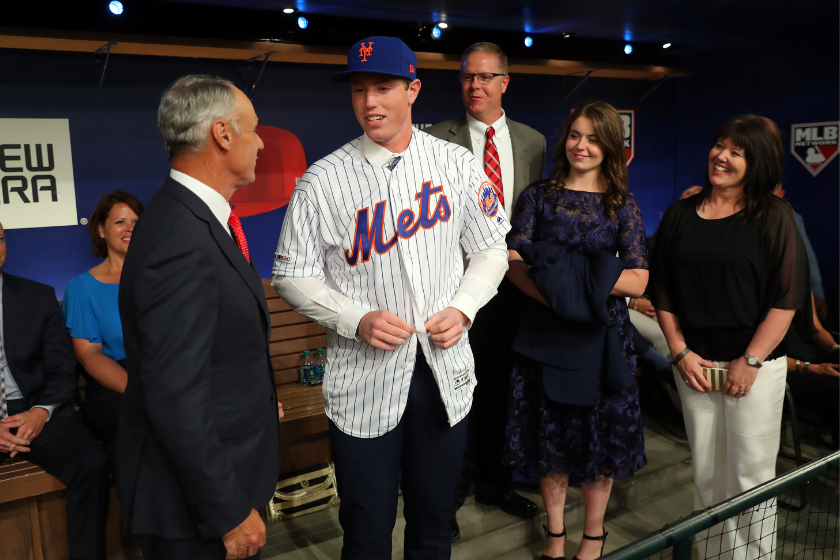 RELATED: The New York Mets Logo Has Some Secret Details Hidden in the City Skyline

Baty was a three-sport athlete in his home state of Texas, where he attended Lake Travis High School, just outside of Austin. While he showed promise in all three sports (baseball, football and basketball) he eventually chose to focus primarily on baseball. Given the accolades he piled up in high school, it's not hard to see why. After being drafted, Baty was assigned to the Gulf Coast League Mets, but was promoted to the Kingsport Mets after only five games. It didn't take long after that for him to take the next step, and before you knew it he was a member of the Brooklyn Cyclones, the Mets High-A affiliate.

In 2021, Baty returned to Brooklyn to start his first full minor league season. He was invited to play in the All-Star Futures Game before officially being promoted to the Double-A Binghamton Rumble Ponies. Over 51 games with Brooklyn, Baty had a slash line of .309/.397/.514 with seven home runs and 34 RBIs. He quickly became one of the top Mets prospects in their farm system, along with catcher Francisco Alvarez and infielder Mark Vientos.

Coming into 2022, the Mets made several moves to bolster their roster. They brought in Eduardo Escobar to serve as an option at third base, along with J.D. Davis. This allowed Baty to start the season in Binghamton, where he'd continue to get more regular playing time and at-bats. Over 362 plate appearances in the minors (which included a promotion to the Triple-A Syracuse Mets about a week ago), he had 114 hits, 19 home runs and 60 RBIs. His OPS was .943. As the trade deadline approached, there was a lot of chatter about what moves the Mets would be making. They have had a hugely successful season thus far, so speculation ran rampant about who would be brought in to bolster some of the weak spots across the roster. When the dust settled, Baty was still a Met. The front office insisted they did not want to part with their top prospects, and they were true to their word. They did, however, trade J.D. Davis to the San Francisco Giants, potentially opening up a spot for Baty at some point this season. 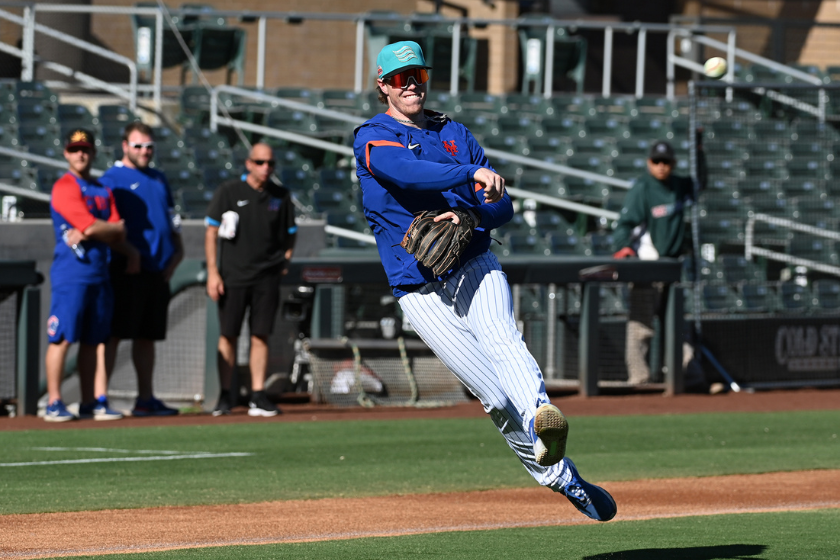 RELATED: The Mets are Hit-by-Pitch Magnets. That's a Problem For Baseball.

As the Mets kicked off the second half of the season, they faced a long stretch of quality competition, including a run of games against their NL East division rivals. They've had series with the San Diego Padres, New York Yankees, Philadelphia Phillies and Atlanta Braves. In the last week or so, the Mets fell on some hard luck with injuries. Their other-worldly utility infielder, Luis Guillorme, went down with a groin injury. At almost the same time, Eduardo Escobar tweaked his oblique, and suddenly the Amazins were very thin on the left side of the infield. As they came into their current series with the Braves, the team brought in catcher Michael Perez and third baseman Deven Marrero to try and help shore up the depth on the roster. After losing the opening game of the series on August 15 by a blowout score of 13-1, it seemed the call-up was imminent. The Mets would drop the second game of the series by a score of 5-0. After the game, the team made it official: Brett Baty would join the big league club in Atlanta.

A Loud First Impression in His First MLB At-Bat

Not only did 22-year-old Brett Baty join the club on Wednesday, August 17, but he was also immediately inserted into the starting lineup, playing third base and batting eighth.

He would step to the plate in the top of the second and immediately endear himself to the Mets faithful. On the second pitch he saw, with his first swing as a Major Leaguer, Baty took pitcher Jake Odorizzi's offering over the fence for a two-run home run in his first career at bat. Of course, the SNY broadcast managed to catch his family's reaction, which was every bit as enjoyable as watching the ball clear the right field wall.

The reaction of Brett Baty's family to his first homer is everything pic.twitter.com/Zl0ydKWHIe

He became only the fifth Met to go yard in his first at-bat. The last Met to do it before Baty's bomb was Mike Jacobs in 2005. He would finish the night having gone 1-for-4 with two RBIs and showed his skillset well in the field through all nine innings as well. It was quite a debut for the youngster. There's no telling how many homers the left-handed hitter will mash over the course of his career. But on Wednesday night, he announced his presence in Major League Baseball with a bang. Welcome to "The Show," kid!

MORE: Edwin Diaz Has the Most Electric Entrance in Baseball, And the Pitching Talent to Match