When the dog days of summer hit and the Major League Baseball season has yet to kick into high gear, just as the NFL is about to step out of training camp, baseball fans look for any form of entertainment in America's Pastime. The trade deadline is behind you, and teams are beginning to make their push for the postseason. With all of this as the backdrop, there were a few dominant storylines around the league.

There was the ridiculous tear Aaron Judge was on, launching baseballs into orbit at a record-breaking frequency. We also heard a lot about the singular talent of Shohei Ohtani, who is making a case for MVP in the AL even though he's on a terrible team. Don't forget about some big name who had his comeback derailed by the dark mark of a PED suspension in Fernando Tatis, Jr.

But in the middle of the 2022 MLB season, the most talked about moment was an SNY broadcast that introduced National League fans to "Narco" by Blasterjaxx & Timmy Trumpet, the entrance song that accompanies New York Mets closer Edwin Diaz out of the bullpen.

But the New York Mets closer's path to this point in his career and a 2022 Wild Card appearance has been a rollercoaster. 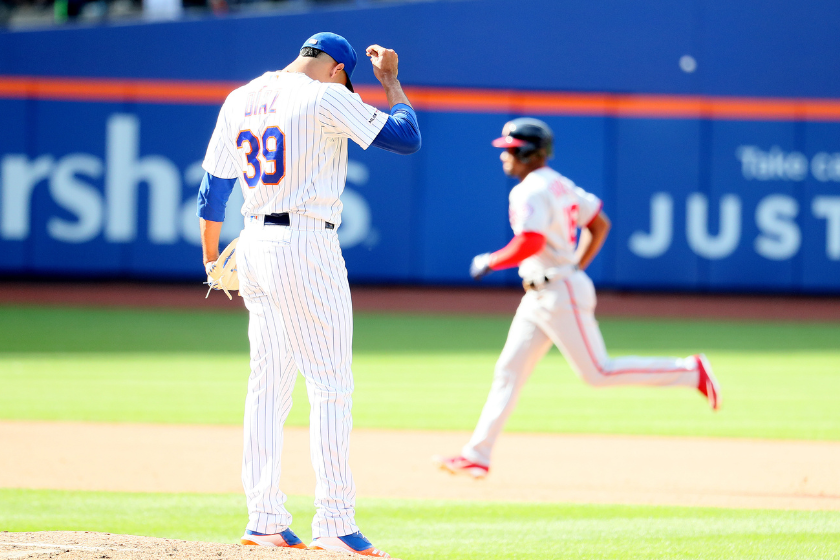 Diaz came over to the Mets with Robinson Cano from the Seattle Mariners back in the winter of 2018. The Mets GM at the time, Brodie Van Wagenen, sent top prospect Jarred Kelenic the other way along with four other players. Diaz had just finished a season in which he compiled 57 saves and posted a 1.96 ERA. The Flushing Faithful were salivating at the prospect of having Diaz lock down victories for the club.

Sadly, the following year in Queens proved to be a huge disappointment for Diaz. He posted a career-worst 5.59 ERA while blowing seven saves and surrendering 15 home runs. What could've caused such a drastic change of fortune? Was it the change of scenery, going from the West Coast to the East Coast? Was it switching from the AL to the NL? I'm sure there were plenty of factors that the statheads who study such things could point to, but I'd like to throw out a different theory:

He changed his entrance song!

While hearing the trumpets blaring may be relatively new to Citi Field fans, it's a tune that Diaz was already familiar with. He had chosen it as his entrance song in Seattle after it came out in 2017. When he came to New York, he ditched the trumpets in favor of "No Hay Limite" by Puerto Rican rapper Miky Woodz.

This is a pretty solid tune in its own right. It's got a driving beat that can hype up a crowd and get the energy going. For whatever reason, it didn't do the trick. So, Diaz decided to go back to what he felt comfortable with:

He says it energizes and motivates him before outings.

And this isn't the first time a Met has changed their tune, and the phenomenon of the Edwin Diaz walk-out song has ear-wormed its way into the Spotify playlists of Mets fans. Remember when Yoenis Cespedes used "The Circle of Life" from "The Lion King" as his walk-up song? Citi Field was bumping as every Mets game became a Disney sing-along!

Of course, the pandemic threw a wrench into everything and the 2020 season was truncated as a result. Still, Diaz seemed to regain his form, pitching to a 1.75 ERA and saving six games for a club that ended up finishing dead last in the NL East, with a 26-34 record over the 60 games. He wasn't quite as dominant last season, but he still managed 32 saves for the club.

This season has been an entirely new level for the Mets All-Star reliever. Diaz finished the season with 32 saves and averaged an absolutely ludicrous 17.1 K/9, striking out 50.2% of the batters he faced. His ERA currently sits at 1.31 and he showed no signs of slowing down heading into the postseason. He's a walking ESPN highlight this season.

For hitters on the Mets' NL East rivals like the Atlanta Braves and the Philadelphia Phillies (don't ask St. Louis Cardinals legend Keith Hernandez about their fielding), that's not what they want to hear.

Is "Narco" the Next Great Closer Entrance Music? 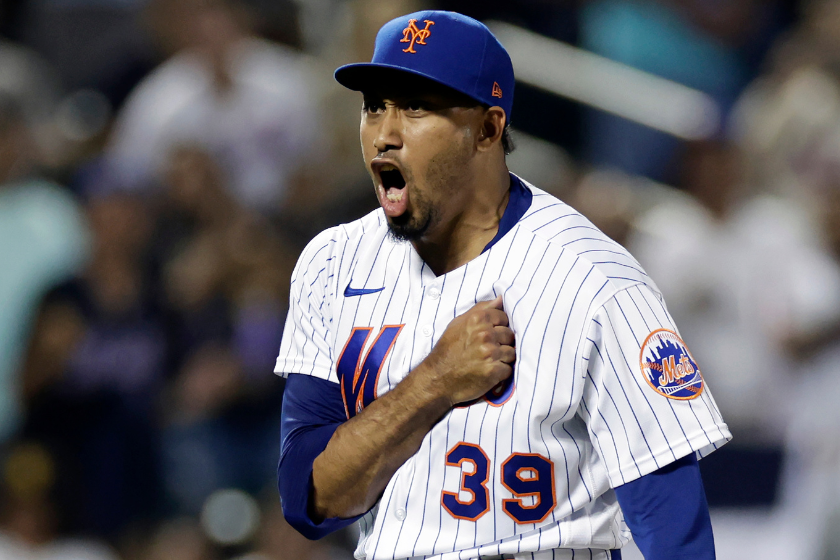 Given his dominance this season, it makes sense that his walk-out song has taken off. Think of dominant closers in recent memory.

Major names like Trevor Hoffman with the San Diego Padres, Jonathan Papelbon of the Boston Red Sox, Kenley Jansen during his tenure with the LA Dodgers and, of course, Mariano Rivera of the New York Yankees all come to mind. Each one evokes vivid memories of wild scenes at their home ballparks when it was time for them to take the mound in the ninth inning. Whether it's AC/DC's "Hells Bells" (Hoffman), Dropkick Murphys' "Shipping Up to Boston" (Papelbon) or Metallica's "Enter Sandman" (Rivera), the best entrances feel like something out of "MLB The Show," not real life.

Honestly, it's surprising we don't have a seperate MLB Network segment each week discussing the best chart-topping walk-out songs like Australian closer Liam Hendriks' "use of "We Will Rock You," Blue Jays' Jordan Romano's use of "Tsunami" by DVBB or Los Angeles Dodgers closer Craig Kimbrel's insane usage of "Let it Go" from Disney's "Frozen."

For the Diaz and "Narco" combination they are well on their way to joining that elite company in 2022. If Diaz, deGrom, Max Scherzer and the rest of the strikeout-throwing Mets can make a run in the MLB playoffs and end the season by winning the World Series, it would seal the deal.

And to this Mets fan, that's music to my ears.

This article was originally published on August 12, 2022 and has been updated since.