That term is used for any athlete who has a pillow of facial hair. Somehow, these guys have found a method to perform at the highest level while ignoring the inevitable sweat and itchiness.

James Harden does it in the NBA. Former San Francisco Giants closer Brian Wilson did it in on the mound during baseball's biggest stages.

The former Major League Baseball player boasted a fearful presence when he took the rubber. The beard and wacky personality threw hitters for a loop. They had no idea what to expect, and neither did we.

Wilson's arm paved a successful career in the majors, but what's he doing these days?

Brian Wilson's Baseball Career Got Its Start at LSU

RELATED: Rickey Henderson is Baseball's "Man of Steal," But Where is He Now?

Wilson grew up in Londonberry, New Hampshire and attended Londonberry High School. He had offers to sign with MLB teams following graduation, but he chose to play college baseball at Louisiana State University.

Wilson floated between being a starter and reliever down in Baton Rouge. In three seasons, he compiled an 18-10 record and 3.95 Earned Run Average (ERA).

He was selected in the 24th round of the 2003 MLB Draft by the San Francisco Giants.

The bullpen pitcher rose through the Giants' minor league farm system and broke into the majors for the first time in 2006. From there, he grew into one of baseball's most recognizable personalities.

He wore bright orange cleats. He sported a mohawk. He starred in commercials. He was a guest on late-night talk shows, and he famously donned a full LSU uniform on ESPN's College Gameday.

The GBOAT: Greatest Beard of All Time 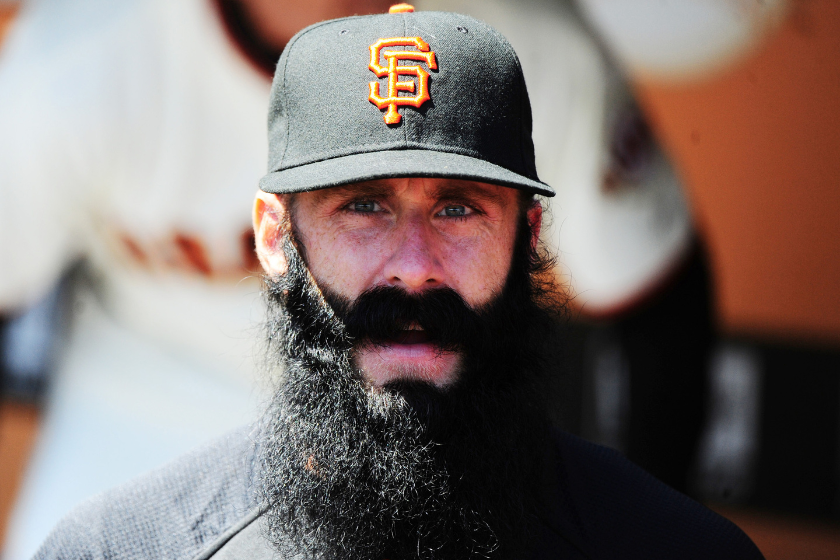 And who could forget that beard? Ah yes, the jet black face sweater beloved by Giants fans and feared by opposing hitters. Rollie Fingers had the twirl, Goose Gossage had the handlebar, but no closer had a beard like Wilson.

In an interview with The Athletic, the relief pitcher revealed his most famous trademark was an accident:

"To be honest with you, I just didn't shave for two weeks during the All-Star break," he said. "When I came back -- hint-hint, yeah -- I used a coloring agent. But I left it in too long and it turned black. And so I said, 'Well, whatever! I'm leaving it!' You know? I don't want to shave and then my skin is a different color. So I just said screw it, I'm keeping it."

It's time to stop hair-color shaming. It's scientifically proven to land million-dollar endorsements.

Wilson pitched for seven seasons in the Bay Area. He was a key member of the San Francisco Giants' 2010 World Series championship team with catcher Buster Posey and Matt Cain. The NL West pitcher helped clinch World Series home-field advantage for the National League in that year's All-Star Game.

The star baseball player had Tommy John surgery in 2012, which prevented him from contributing to the Giants' World Series-winning team. He signed with the Los Angeles Dodgers as a free agent in 2013. 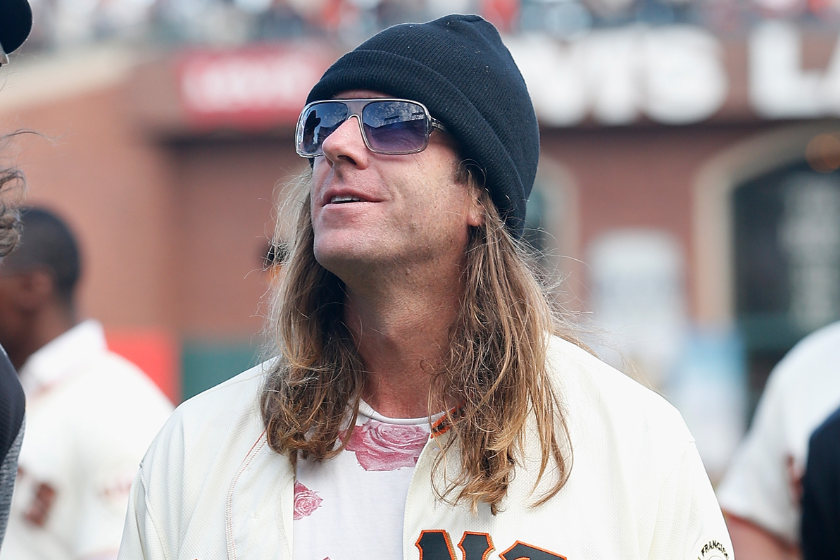 Wilson ditched the beard in his post-baseball life. He's totally unrecognizable to baseball fans. At a ceremony celebrating the career of longtime Giants Manager Bruce Bochy, many fans were confused as to who the long-haired man was wearing Wilson's jersey? Was that a fan who somehow snuck onto the field for the celebration? Nope, it was Wilson who ditched the facial hair for some long wavy locks. In truth, it's a fitting look for a player who spent some great seasons in two of Cali's best cities.

He now lives in Los Angeles, California with a hand in the real estate and housing design industries, per The Athletic. He attempted a comeback as a knuckleballer in 2017 to no avail. He's also off of social media.

Without the beard, Wilson is virtually unrecognizable. That doesn't mean he's lost his personality.

This article was originally published on June 3, 2022, and has been updated since.