Nolan Ryan’s Net Worth: How Rich is Baseball’s Strikeout King? 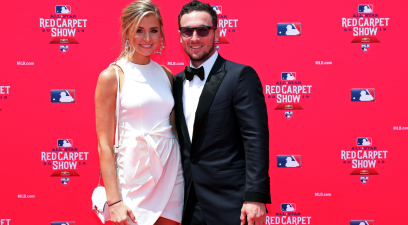 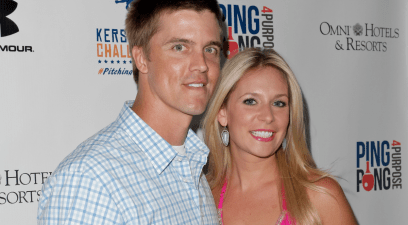 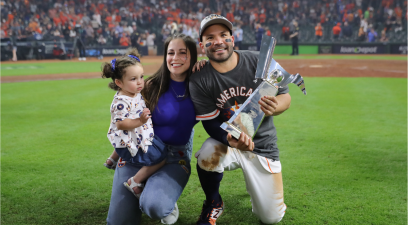 Nolan Ryan had one of the more unusual careers you will find in a professional baseball player. On the one hand, he’s one of the most famous baseball names out there. The hurler threw seven no-hitters ?? three more than any other Major League Baseball pitcher.

His fastball was one of the best in MLB history.

On the other hand, he never won a single Cy Young in his baseball career, and nobody considers the man known as “The Ryan Express” the best pitcher in baseball history.

Nevertheless, Ryan made a ton of money during his playing days, and he’s stayed active in the league since retiring, which has only added to Nolan Ryan’s net worth.

Born Lynn Nolan Ryan Jr., the future pitcher would decide to go by his middle name. He was the youngest of six children and was born in the small town of Refugio, Texas.

Ryan would impress as a right-handed pitcher at Alvin High School, including a game where he struck out 21 batters in only seven innings. If you do the match, you know that means he recorded every out in the game via strikeout.

He caught the New York Mets’ eye, who drafted Ryan in the 12th round of the 1965 MLB Draft. It wasn’t a flashy draft position, but Ryan decided to sign on with the Mets and begin his career.

Ryan made a splash in the minor leagues pretty quickly, and in 1966 he struck out 307 batters across 202 minor-league innings as a teenager. This got Ryan his first look in MLB at the age of 19.

He only saw three innings of action, though, and would return to the minor leagues for the 1967 campaign. It would not be until 1968 that Ryan would stick in the majors. He would then hold to his MLB career for a long time.

With a pitcher like Ryan, it’s a little tricky to go year by year through his career. However, there’s a lot of events worth touching on. Ryan pitched for the Mets through 1971, but he never really jumped out there and did not make an All-Star team in New York.

The righty left the National League in a trade to the California Angels before the 1972 campaign and represented the American League in his first All-Star Game.

This would also be the first year he led the majors in strikeouts with 329 and shutouts with a whopping nine. On the other hand, he also led MLB in walks and wild pitches, which is the inherent dichotomy of Ryan as a pitcher. In 1974, he finished second in the Cy Young voting — the best he ever did.

Ryan left the Angels to sign as a free agent with the Houston Astros in the offseason leading up to the 1980 campaign. His four-year deal was worth $4.5 million, making him the first million-dollar player in MLB.

“The Ryan Express” pitched with the Astros until he was 41, which would have been a perfectly reasonable time to retire. Instead, Ryan signed with the Texas Rangers. As a 42-year-old, he made an All-Star team, finished fifth in the Cy Young voting, and struck out 301 batters. He pitched through the 1993 season when he was 46. Ryan was the last active player who played in the 1960s.

Ryan finished with a staggering 5,714 career strikeouts, the major league record. Randy Johnson ranks second in career K’s, and he’s 839 behind him.

Ryan’s record collection goes beyond strikeouts. He’s the only pitcher with more than three career no-hitters, and he also has the record for the fewest hits allowed per nine innings. On the other hand, he also walked 2,795 batters, which is more than any other pitcher.

He finished in the bottom 10 in home runs per nine innings pitched in a whopping 14 seasons. He also technically has a World Series ring thanks to the 1969 Miracle Mets, though he only appeared as a reliever in the matchup with the Baltimore Orioles.

Unsurprisingly, Ryan was elected into the Baseball Hall of Fame in 1999, falling only six votes short of being unanimous.

Nolan Ryan is the principal owner of Ryan Sanders Sports and Entertainment. The sporting group owns the Round Rock Express — the Texas Rangers’ Triple-A affiliate — and the Corpus Christi Hooks. He’s also written or co-written six books and pitched products like Advil.

Ryan has owned a restaurant, been part of the Texas Parks and Wildlife Commission, and was also the majority owner and chairman of Express Bank of Alvin, though he sold his interests in 2005.

In the world of MLB, Ryan has been active as well. The Rangers named him team president in 2008, and was part of a group led by Chuck Greenberg, who successfully bought the Rangers franchise in 2009.

Greenberg left the group in 2011, and at that point, Ryan took over as Chief Executive Officer of the Texas Rangers while holding onto the role of team president. In 2013, Ryan lost his team president role, and by the end of the year he had stepped down from the team.

Ryan would not be out of baseball very long. In 2014, he was hired as an executive advisor by the Houston Astros. He had a leg up beyond being a former member of the team, as Nolan’s son Reid Ryan was President of Business Operations at the time. Ryan would be with the Astros through their World Series win and their 2019 World Series appearance, but Reid was demoted after the World Series loss, and Ryan decided to leave the team.

Ryan met Ruth Holdorff when they were both in high school, and they have been together ever since. In addition to Reid, the couple has two other kids: Reese and Wendy. Both Reid and Reese pitched for TCU in college.

Currently, Nolan and Ruth live in Georgetown — a growing suburb of Austin, Texas.

Ryan was the first-ever MLB player to make over $1 million per season and pitched for 27 years. That helped him make plenty of money, of course.

Then, there’s all the work he’s done in baseball after retiring, including high-level executive work.

According to Celebrity Net Worth, “The Ryan Express” has an estimated net worth of $60 million. If only it were $70 million, $10 million for each no-hitter.