Bryce Harper has been on the Major League Baseball stage since he was 19 years old. He has faced a lot of scrutiny during his career for his general attitude and theatrics, but you simply cannot deny the talent that he possesses.

A High-Priced Talent With Something To Prove 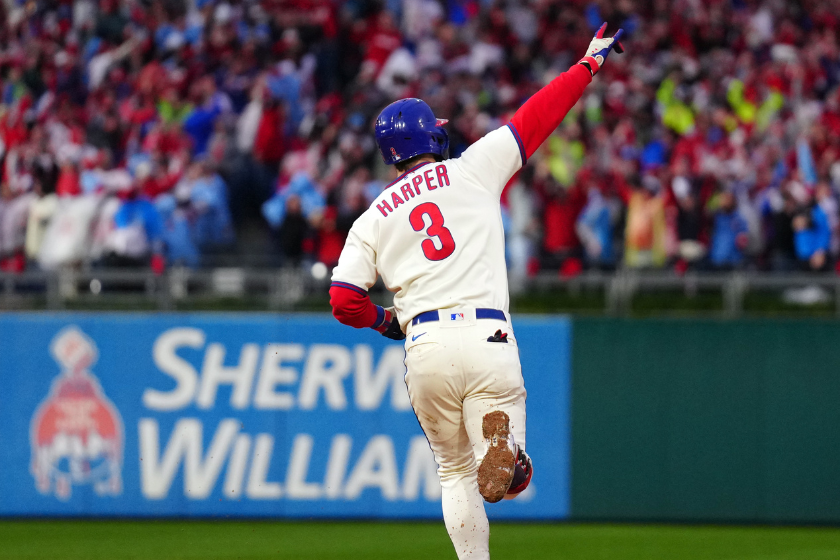 After coming on the scene with the Washington Nationals, he both won over and subsequently loss the Nats fanbase. By the end, they hated him so much that they threw their World Series victory in his face. Essentially, they said that it was his exit that finally got them over the hump. Going to a division rival is never easy, but going to one that is only 140 miles north on I-95 certainly didn't help him salvage any relationships. And the price tag associated with him is enormous. With that, comes pressure.

Yet Harper has been solid in Philly. He won the NL MVP last season and, despite missing about 61% of this season, has put in some solid work. However he was still working towards that ever elusive World Series. I don't think anyone expected that Philly would be there, nor that anyone would be able to get past the Dodgers in the National League.

Every baseball loving kid dreams of stepping up to the plate and cracking a ball over the fence to win a game. While it wasn't a game seven, full count, two out, bases loaded in the bottom of the ninth kind of moment, Bryce Harper stepped up to the plate with a chance to help the Phillies book their first World Series appearance since 2009.

It was a 2-2 count, no outs, with a runner on first in the eighth inning kind of moment. The Padres were up 3-2, desperately hoping to extend this series to 3-2 and have another chance to play in front of their home fans in San Diego. But Bryce Harper was there to exorcise some demons.

"He's one win, and in this case one swing perhaps from the World Series." As that sentence was uttered, in a nearly Hollywood-esque scripted moment, Robert Suarez threw a 99 MPH fastball middle out. Harper's eyes widened and he made contact.

In an instant everything froze. The game wasn't over yet, but the energy was so electric that it seemed like it was. There was nothing that was going to stop the Phillies from booking their ticket to (ultimately) face the Astros at this point. Harper knew it. As the fans at Citizens Bank Park screamed and leapt out of their seats, the fresh 30-year old took in the moment he had been dreaming of since Little League.

That's one demon down. The true seven game exorcism begins in Houston.

MORE: Ever Wonder Why It's Called the 'World Series'? Here's the Reason