Petition to Restore Controversial ‘Chief Wahoo’ Logo Has Over 18,000 Signatures 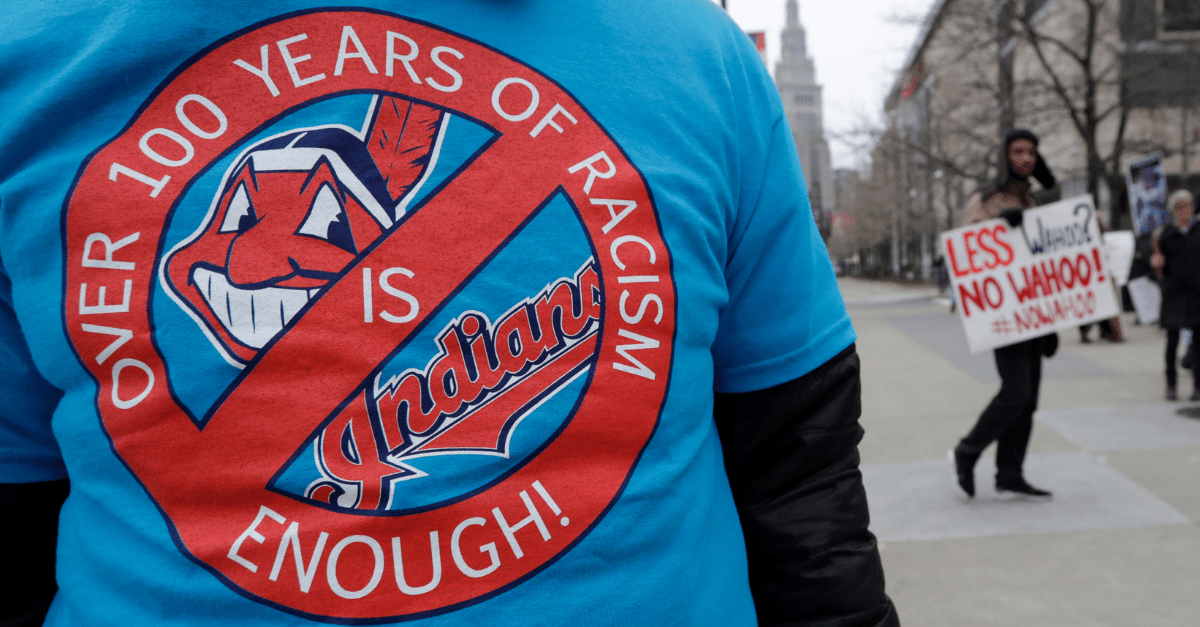 Prior to the 2018 MLB season, the Cleveland Indians completely phased out the team’s Chief Wahoo logo that represented the club for more than 70 years. The long-standing attachment to the logo, which was replaced with a plain ‘block C’ in generic lettering, hasn’t been lost on the fan base, and a petition targeting Indians owner Larry Dolan and Major League Baseball is picking up steam.

The petition posted to Change.org has over 18,000 signatures with more coming everyday. Its goal is to reach 25,000 names with the hopes that the organization will “cater to those who write your paychecks” and bring Chief Wahoo back to Progressive Field.

“The Indians’ fan email reply told me I have to address this to MLB, not the Indians organization,” the petition reads. “It appears MLB and the Indians Organization does NOT listen, nor care to listen, to their fans!”

The Chief Wahoo logo no longer appears on Cleveland’s on-field uniforms, nor does the organization affiliate itself with the old logo on team merchandise. However, many different independent stores still sell gear with Chief Wahoo on it.

“You can’t help but be aware of how many of our fans are connected to Chief Wahoo,” Indians CEO and co-owner Paul Dolan said last year. “We grew up with it. I remember seeing the little cartoon of The Chief in the paper each day, showing if the Indians won or lost.”

Ironically, the last time Cleveland wore the logo was when the lost the American League Divisional Series to the Houston Astros in 2018. It was Indigenous Peoples’ Day.

The day has come… we MUST fight back! Tweeting at @Indians is not enough!

Voice your opinion by flooding their offices, with phone calls, emails, and letters! #KeepTheChief https://t.co/5k4t1mSrNi

Years before MLB commissioner Rob Manfred approved the removal of Chief Wahoo from the organization, Native American and social activists groups began working to remove sports team logos from all across the country. Their argument is that these logos objectify indigenous Americans and creates a negative stigma around the marginalized group of people.

Other professional sports teams like the Washington Redskins refuse to give up their attachment to their team name and logo despite many people considering it an offensive term. According to a very interesting article by the Washington Post, “redskin” originally wasn’t insulting at all and was actually used by American Indians themselves.

Still, our society largely refuses to acknowledge what when the first Europeans arrived on the North American continent, they brought diseases that wiped out around half of the Native American population. After that, westward expansion and disputes over lands resulted in many more being killed. It’s completely understandable that many feel images like Chief Wahoo are offensive and don’t truly reflect Native American culture and history.

#IndigenousPeoplesMarch call for @Redskins to change their name. @CNSmd pic.twitter.com/5wD02TimC6

While this petition is in good spirits, it’s not going to bring Chief Wahoo back anytime soon. Baseball teams are moving out of the past and into the future, and the game is trying to set itself up for success in recent years with a younger generation.

That means catering to as many young people as possible, regardless of what life-long Cleveland Indians fans in Ohio might want.

The Atlanta Braves, Golden State Warriors, Kansas City Chiefs, Chicago Blackhawks, Florida State Seminoles and Illinois Fighting Illini are just a few of the hundreds of sports teams around the United States that derived their team’s name from Native American tribes, plenty of which are still being used today despite calls to change them.

READ MORE: The 10 Most Bizarre Mascots in College Sports