I feel like all I do lately is write about home runs. Whether it's talking about New York Mets rookie third baseman Bretty Baty going yard in his MLB debut, or Aaron Judge tying and then breaking the American League single-season home run record. Well, you can add another long ball to the conversation. Given the circumstances, it may be the most consequential dinger to date.

The MLB Postseason just kicked off. With the new format, there are no more "one and done" Wild Card games. Instead, we're given a best-of-three Wild Card series as the appetizer to the ALDS and NLDS, broadcast by ESPN.

Wild Card Weekend Lives Up to Its Name 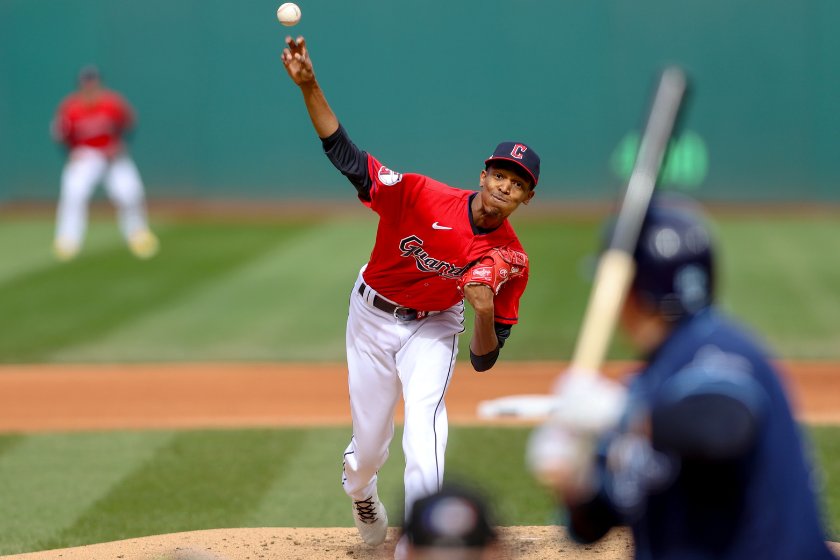 Day one was filled with storylines, from impressive pitching performances (Luis Castillo, Yu Darvish, Shane Bieber, and Shane McClanahan all went at least seven innings while giving up two earned runs or fewer), to a historic comeback (or collapse, depending on whether you're a Philadelphia Phillies fan or St. Lous Cardinals fan), to the triumphant return of the Seattle Mariners to the postseason (they shut out the Toronto Blue Jays in their AL Wild Card opener to win their first playoff game since 2001). Day two got off to a similarly exciting start.

In the first game of the day, the American League Wild Card matchup saw the Cleveland Guardians look to send the Tampa Bay Rays home, as the AL Central champs looked to sweep their three-game series.

They took the opener by a score of 2-1 in what ended up being a pitcher's duel. The only offense (for both teams) came in the sixth inning via, of all things, the home run. Rays outfielder Jose Siri took Shane Bieber deep for the first long ball of the 2022 playoffs. In the bottom half of the inning, Guardians slugger Jose Ramirez one-upped him, parking a two-run shot off of Rays starter Shane McClanahan. In game two, the Rays' manager Kevin Cash would send starting pitcher Tyler Glasnow to the mound, while Triston McKenzie would take the ball for the Guardians. Would we have any offense this time around? 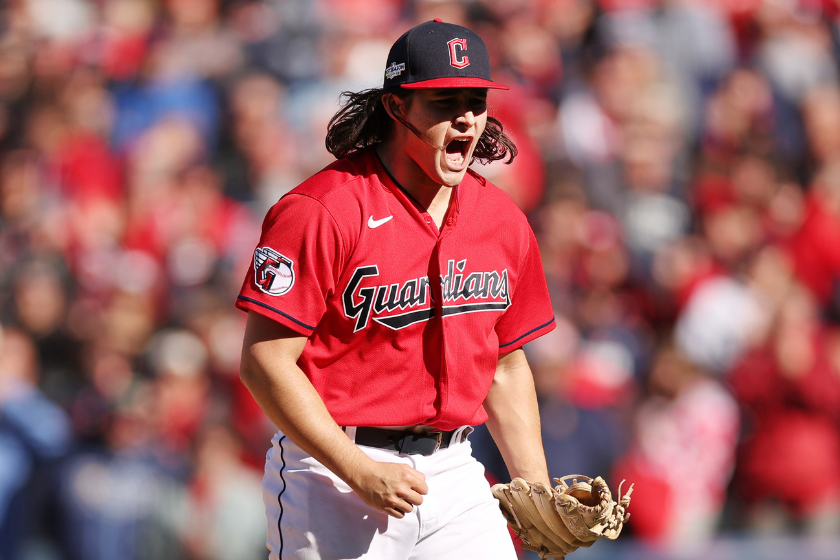 The short answer regarding offense is simple: NO. There wasn't a single player in either lineup who finished the game with more than a single hit - other than the hero of the day. As the innings wore on, both squads went deep into their bullpens and benches in what would be futile attempts to pull out the victory. In fact, the lack of offense reached historic levels, as the game now goes down as the longest scoreless postseason game in MLB history. The two teams combined for 39 strikeouts and eight walks, but it was the third "true outcome" that everyone will be talking about.

The Cleveland Guardians, who finished first in the AL Central, have some big bats in their lineup. First baseman Josh Naylor and rookie outfielder Steven Kwan had solid years at the plate. Of course, it is power hitter Jose Ramirez that's the biggest threat with the bat. If you had to pick someone that you figured would break the stalemate, odds are it would've been one of those names. Instead, through 14 innings, they went a combined 1 for 16 (Naylor had a single in the bottom of the second inning). The hero of the day turned out to be 24-year-old rookie outfielder Oscar González, who would seal the Rays' fate, ending their hopes of making it to the World Series in 2022. 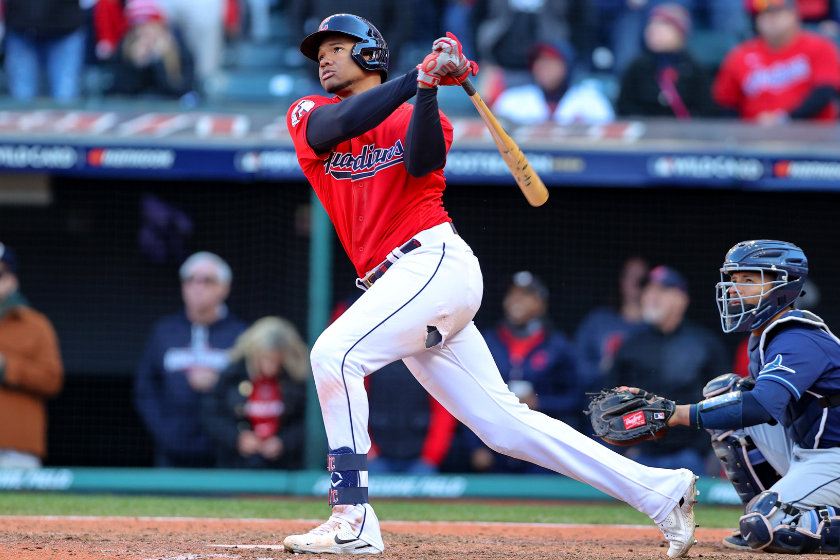 While González might be an unfamiliar name on the national stage, the Cleveland fan base has gotten to know him over the course of the 2022 season. He's one reason (along with SS Amed Rosario, 2B Andrés Giménez, and OF Steven Kwan) that the Guardians are the youngest team in Major League Baseball this year. He acquitted himself with aplomb, becoming the team's regular right fielder after debuting in late May. His offensive output went to another level in the month of September, when he hit six home runs and hit for a .312 average. He finished the regular season with 11 home runs and a .296 batting average over 91 games played. It was his final at-bat on Saturday which is his biggest one to date.

He stepped to the plate to face former Cleveland Guardian (and two-time American League Cy Young Award winner) Corey Kluber, appearing as a reliever for the first time in almost a decade, to lead off the bottom of the 15th. On only the second pitch he saw, he went deep to close out the series. The crowd at Progressive Field went absolutely berserk as González rounded the bases and his teammates mobbed him as he touched home plate.

Manager Terry Francona, who has been known to win extra-inning games in the postseason with the Boston Red Sox, will now turn his focus to the Bronx, where Aaron Judge and the New York Yankees await. The winner of the Blue Jays/Mariners series will be heading to play the Houston Astros. The MLB Playoffs have gotten off to an electric start. Hopefully, it's a sign of things to come.

MORE: The Winners and Losers of the 2022 MLB Regular Season