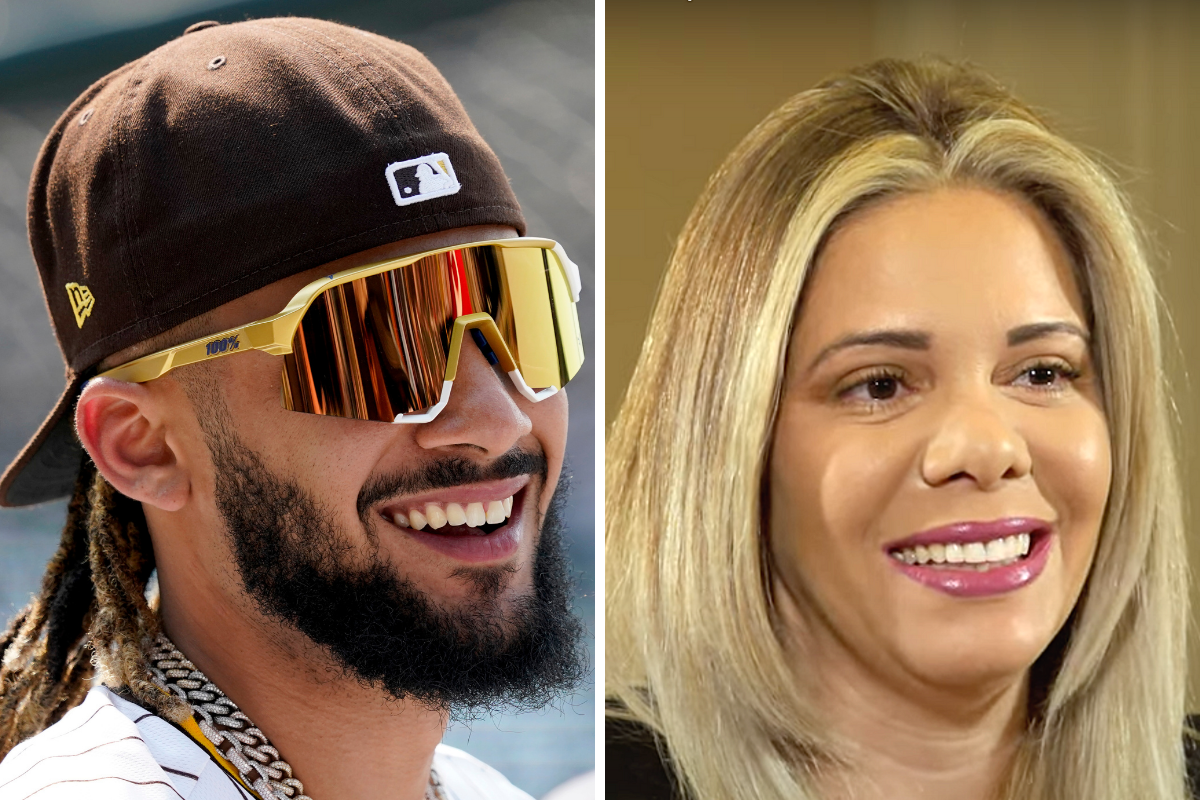 San Diego Padres shortstop Fernando Tatis Jr. is arguably the face of MLB, following in and surpassing the footsteps of his father Fernando Tatis Sr.

Tatis is a legitimate candidate to win National League MVP as his Padres vie for a playoff spot in the NL West. For all the baseball talent he acquired from his father, who spent 11 years in Major League Baseball and famously hit two grand slams in one inning against the Los Angeles Dodgers, Tatis Jr.’s mother acts as the support system for the family.

Fernando Tatis Jr.’s mom is the lovely Maria Tatis, born and raised in the Dominican Republic. Much like “El Niño,” baseball is a huge part of her life. She and Tatis Sr. got married in 1998 and reportedly have four children together, including sons Fernando Jr., Elijah and Daniel, and daughter Maria Fernanda.

In a touching segment on ESPN, Fernando Tatis Jr. wrote a letter to his mother, telling her how important she was to him. Little did he know, his mother was waiting behind closed doors to surprise him in person.

And then she showed up 😭😭😭pic.twitter.com/qGLkaam0bn

Based on Maria’s social media, it’s safe to suggest family means everything to her. She frequently posts pics of her family to her Instagram account, whether her son Elijah, who plays baseball in the minor leagues in the Chicago White Sox farm system or Fernando crushing home runs and robbing base hits.

Maria can crush home runs, too.

I guess we know where Fernando got his swing from.

The entire city of San Diego, California, is enamored with Fernando Tatis Jr., and rightfully so. The young shortstop has come a long way since his days with the Estrellas de Oriente of the Dominican Winter League and other minor league stops in Fort Wayne and San Antonio.

A highly coveted prospect by Baseball America, no one saw Tatis developing into a star at this prolific pace. Tatis made the Opening Day roster at Petco Park after an impressive Spring Training in 2019. In the shortened 2020 season, he managed to hit 17 home runs and drive in 45 RBIs, showcasing his talent as a hitter and acting as a human highlight reel on defense.

He made his first All-Star Game in 2021 and became the first Padre to be named a National League All-Star Game starter since the legendary Tony Gwynn. Rather than let Tatis become a free agent down the line, the Padres locked him up on a massive 14-year, $340 million contract.

The Padres have their sights set on the playoffs this season. With a lineup including studs such as Manny Machado, Tommy Pham, Wil Myers, and Jake Cronenworth, there’s no reason they can’t make a real splash in October.

No matter where you look in the baseball world, you’re more than likely to see “Fernando Tatis Jr. #23” trending somewhere after another one of his otherworldly highlights. You can bet his mother Maria is watching every minute of action.