Who is Vladimir Guerrero Jr.’s Mom? 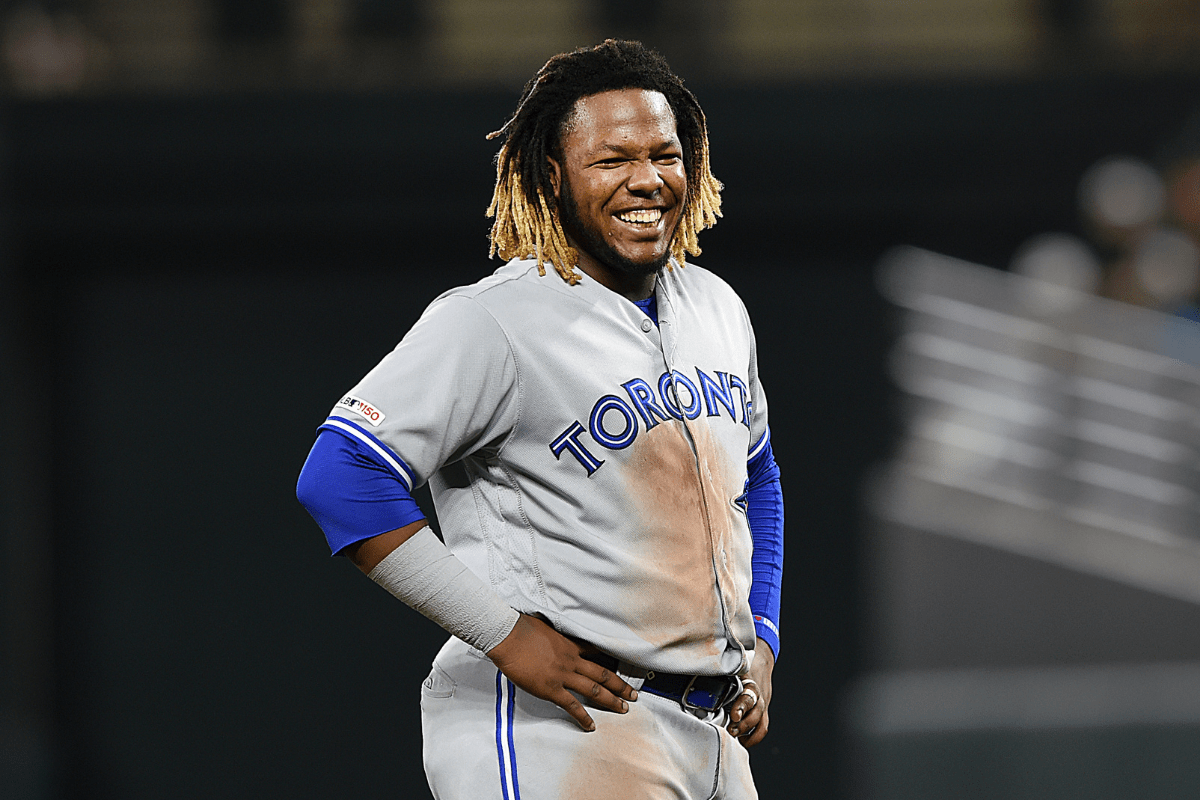 Vladimir Guerrero was one of baseball’s most exciting players, spending most of his 16-year MLB career playing for the Montreal Expos and Los Angeles Angels. Vlad was a nine-time All-Star and renowned as one of the best hitters in the game (especially for his ability to hit any pitch) and one of the greatest players ever to come from the Dominican Republic.

Nowadays, it’s his son who is carrying the torch. Vladimir Guerrero Jr. has been a superstar in just his second year in the league for the Toronto Blue Jays, and he owes it all to his parents. So, who is Vlad Guerrero’s wife, AKA Vladdy Jr.’s mom?

Vladimir Guerrero Jr. and his mom at the Toronto Blue Jays complex in the Dominican Republic! pic.twitter.com/7fdVfYhS99

Vladimir Guerrero Jr. is the son of ex-Major League Baseball star Vladimir Guerrero Sr and his former partner Riquelma Ramos. Ramos lives in the Dominican Republic but reportedly speaks French fluently, having spent time in Montreal, Canada, where she and Guerrero met.

According to SportsNet, she and Guerrero never married, and they split up when Vlad Jr. was just a toddler. Still, the tiny Vlad was a fixture in the Expos clubhouse when his dad was mashing home runs in Montreal. Despite having spent most of his life in the D.R., Vlad Jr. is actually a Canadian citizen.

Vlad Jr. reportedly grew up in the Dominican Republic with his mother while his father threw out baserunners in the United States. During the summer, Vlad Jr. would go on the road with his father, visit various ballparks, and grow up around the game.

In the D.R., Guerrero credited his baseball training to his uncle Wilton Guerrero. The latter played briefly in the big leagues for the Los Angeles Dodgers. Clearly, the skills handed down from his uncle (and dad) have served the young baseball player well, as he developed into baseball’s top prospect and a future MVP in the making.

As for the elder Vladimir Guerrero, he has eight children with five different women, according to TMZ. The outlet also reported in 2012 that he was paying as much as $25,000 a month in child support.

Vlad Guerrero Sr’s career in the big leagues started off in 1996 in Montreal after spending a couple of seasons in the minor leagues. Guerrero broke out in 1998, launching 38 home runs and driving in 109 RBIs. He made his first of nine All-Star Games in 1999, earning honors each year from 1999-2002. He’d play the first eight years of his career at Montreal’s Olympic Stadium before departing in free agency.

In 2004, Guerrero joined the Los Angeles Angels of Anaheim as a free agent. He won the American League’s Most Valuable Player award the same year he joined the franchise, crushing 39 home runs and driving in 126 RBIs while hitting .337. Guerrero played in LA until 2010 when he joined the Texas Rangers. He made the World Series with the Rangers but was defeated by the San Francisco Giants.

Guerrero joined the Baltimore Orioles for his last year in MLB before retiring in 2012. He was inducted into the Pro Baseball Hall of Fame in 2018, earning enshrinement among the game’s greats after a prolific career.

Living up to the expectations of a father who is a Hall of Famer is a difficult feat, but Vlad Jr. seems the type to rise up to the challenge.

The Blue Jays third baseman (now first baseman) was always touted as a potential superstar, earning the top prospect ranking from Baseball America and MLB.com. He crushed baseballs in the minor leagues, hitting .402 during a 61-game stint at Double A, and eventually made his spot on the MLB roster, impressing alongside some notable youngsters and sons of famous dads, including Bo Bichette and Cavan Biggio.

Vlad Jr. has lived up to the hype so far in the pros, never looking overmatched even in rivalry games against the New York Yankees and Boston Red Sox. Even after going hitless in his first three at-bats during his MLB debut, Guerrero managed to lace an extra-base hit to cap off his debut.

In fact, it took him the same exact amount of appearances (258) as his father to hit 50 career home runs. Talk about career trajectory.