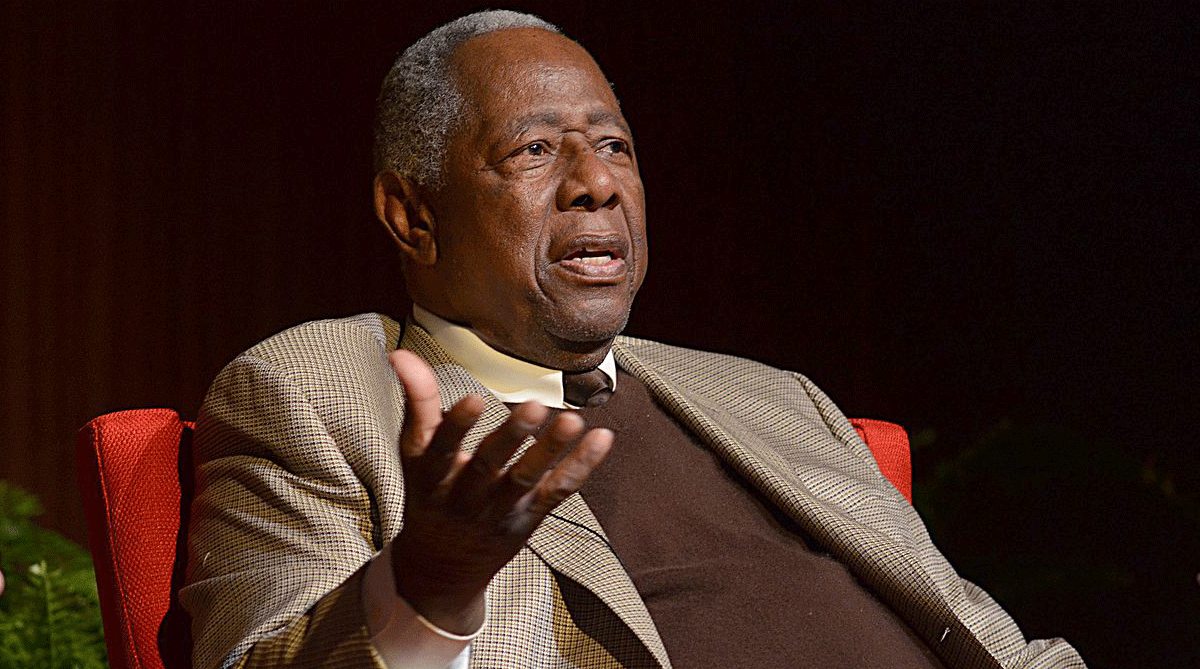 The Super Bowl champions were disinvited. The two most polarizing NBA players said they wouldn’t go if they won the title, either. Now add legend and Baseball Hall of Fame outfielder Hank Aaron to the list of star athletes, both past and present, uninterested in visiting the White House right now.

“Would I visit the White House? Would I go? I have no reason to go. I’ve been there once or twice. And there’s nobody there I want to see,” Aaron, a Mobile, Ala., native, told the Atlanta Journal-Constitution whether he would visit if he won a World Series championship today. “I can understand where the players are coming from. I really do. I understand they have their own issues and things they feel conviction about. They have a right to that, and I probably would be the same way, there’s no question about it.”

In a world where sports and politics seem to often cross these days, Hammerin’ Hank certainly didn’t hold back speaking at the “Hank Aaron Champion for Justice Awards” in Atlanta and swung a hammer of support for athletes who speak out today.

“I think they ought to voice their opinion, regardless of what one may think,” Aaron said. “We didn’t get to where we are today because we kept our mouth closed or scratched our head and sat and didn’t do anything. If you have an opinion, then you should voice it and let people know that is your opinion and you’re not speaking for anybody but yourself.”

These comments definitely didn’t just come out of right field, where Hall of Famer Hank Aaron, a perennial MLB All-Star who hit 755 career home runs and captured three Gold Glove Awards, occupied for over two decades with the Milwaukee/Atlanta Braves and Milwaukee Brewers.

The subject became a hot-button topic at the event.

Donald Trump issues a statement saying neither the #Eagles, nor team representatives, are welcome at the White House tomorrow for their Super Bowl visit. Unreal. pic.twitter.com/PXEoZ43XY0

The following day, NBA superstars such as Golden State Warriors point guard Stephen Curry and Cleveland Cavaliers forward LeBron James voiced their own opinions on whether either would visit the White House if they won the NBA championship. The Warriors were also disinvited after winning the title in 2017.

Steph Curry on the unlikelihood of the Warriors visiting Trump if they won a title again: "The way we handled things last year…we'll stay consistent with that." pic.twitter.com/1QAeIGsYEL

Regarded as one of the great baseball players in history, Aaron still has a resounding and iconic voice in the sports landscape at 84 years old. And it’s safe to say he will not be the only Hall of Famer to speak his mind in the future.

Read More: North Carolina will not be visiting the White House