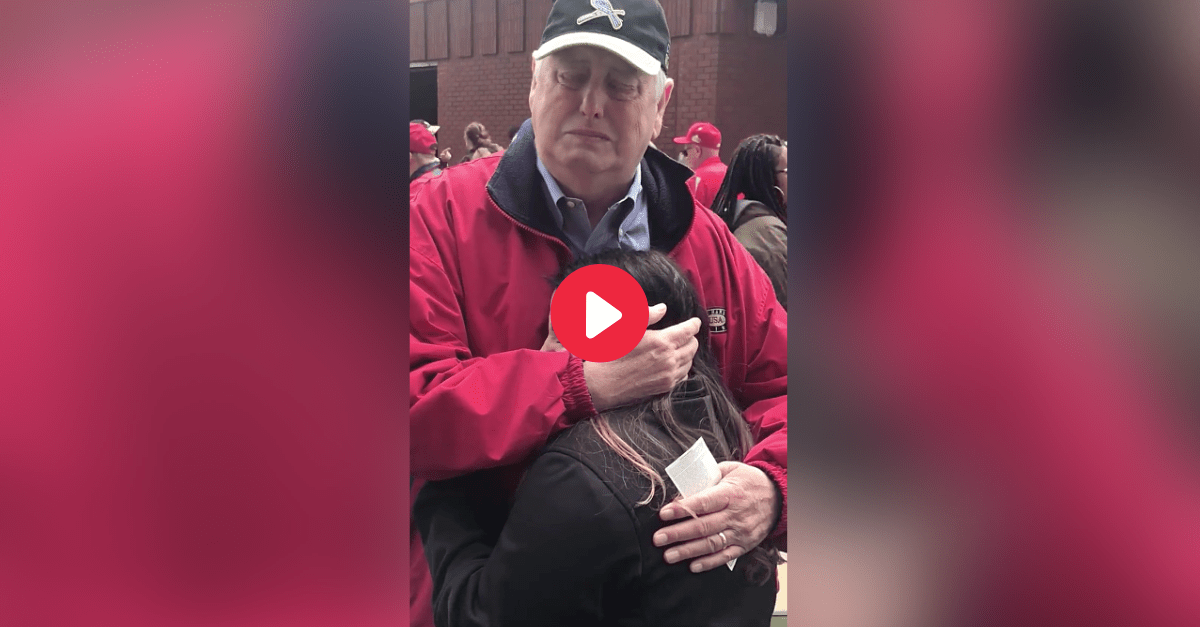 Fate’s a funny thing. For some people, it doesn’t really mean a lot; it’s just an excuse for something that happened on accident. For others, it’s something much more. There are some moments in life that just can’t be explained. They happen when you least expect it and remind us that there’s something more powerful at work than we can ever really understand.

Back in 2016, 21-year-old Donovan Bulger died after a tragic accident. Before his death, he wanted his organs to be donated. John Sueme was in heart failure for five years before successfully receiving Bulger’s heart in 2016. Fate, as it happens, was put on display during the St. Louis Cardinals’ Transplant Awareness Day on Sunday.

Savannah Chavez Roesch, who is Donovan’s brother, and her family attended that MLB game and were wearing shirts with Donovan’s picture on them. During the game, an unexpected, unbelievable meeting took place.

“We got our group picture taken [and] as I’m giving my email address to the photographer to send the copy to me I hear a woman as ‘Are you Donovan’s family?’ I didn’t really think much of it,” Roesch said in a Facebook post. “I thought that it was someone that worked with him or knew him from school.”

It wasn’t someone from school. It was John Sueme and his family, who recognized Donovan’s face on the family’s t-shirts.

There were 45,701 people in attendance at Busch Stadium. Still, fate brought this family and John Sueme together in an incredibly moving moment where his relatives were able to hear Donovan’s heart beating in the chest of the man whose life he saved.

Savannah and John had only spoken through letters before, but were not allowed to share any identifying information with each other (last name, address, age, etc.) They had no idea who the other person was. As Savannah put it, “I think Donovan arranged us to meet this way.”

“We were all in COMPLETE SHOCK & AWE!!! I think everyone in the ballpark heard our cries & shrieks of complete shock & joy!!!! I had been waiting to hear back from them since I wrote that letter & to FINALLY meet him & his WONDERFUL family COMPLETELY RANDOM by chance like that was a feeling I CANNOT even begin to describe!!!! We went back & got a group picture with our new found family!!!”