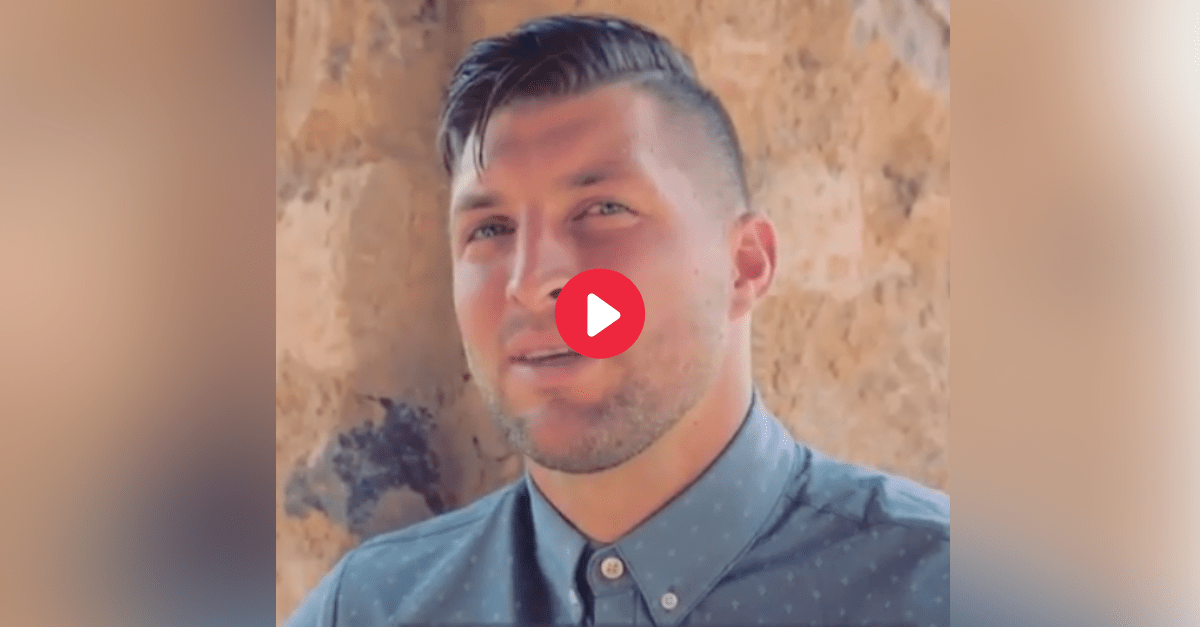 While Tim Tebow works towards a potential MLB debut, the minor league baseball player isn’t too busy to keep being the influential figure he’s always been. Tebow, a devout Christian, posted a short video on his personal Instagram account offering a powerful message about something we can all relate to: how the seasons change.

No, this wasn’t about heavy rain in the spring or camping in the winter. Tebow reminded us that no matter where we are in life, the seasons of growth constantly change. The good times will be plentiful and the rough times will be hard work, but we have to keep moving forward and remember that good things come to those who seek them.

What season are you in right now? Is it a season of reaping or sowing… know that God has a plan and purpose for you. “Let us not grow weary in doing good, for at the proper time we will reap a harvest if we do not give up.” Galatians 6:9

“I think that we all go through seasons in our lives and I just want to encourage you that the season isn’t meaningless and it’s not wasted, that there’s a purpose and a plan for it. Doesn’t mean that it’s a fun season, ’cause we all go through tough seasons, but that God has a plan in that.

RELATED: Tebow Proposed to ‘Miss Universe’ and Pulled Out All the Stops

Few athletes have influenced the sports landscape quite like Tebow. He made “The Promise” of a national championship for the University of Florida, and he delivered. “The Tebow Rule” was created after the Florida Gators quarterback wrote bible verses on his eye black during games. In the National Football League, he shocked everyone and carried the Denver Broncos to the 2011 NFL playoffs with five come-from-behind wins and five game-winning drives.

Besides being an outfielder for the Syracuse Mets ? the Class AAA affiliate of the New York Mets ? he’s also the chairman of the Tim Tebow Foundation, which he founded to spread positive messages of the Christian faith through mission trips around the world, as well as local projects and events across in the United States.

Tonight is such a special night…So humbled & grateful that this is our 9th TTF Celebrity Gala & Golf Classic. Can’t wait for all the lives that are going to be changed because of tonight!

Regardless of your faith, the former Heisman Trophy winner’s message holds true for everyone. Whether you’re in a positive swing of life or find yourself building towards your next goal, you have to keep going forward. You won’t miss on a life-changing opportunity if you’re always ready for it to come your way.

This article was originally published April 17, 2019.