The Denver Broncos have a solid track record for quarterback success if you don't look at their history too closely. Sure they had multiple years of Hall of Fame production under center with John Elway and Peyton Manning (who may have had a leg up from his days with the Colts), with both superstars bringing Super Bowl victories to the Mile High City. But in recent years, Denver hasn't been as lucky.

Trevor Siemian and Paxton Lynch acted as placeholders while the Broncos looked for a more solid option.

After a bizarre late-night trespassing saga in late October 2018, the Broncos cut Chad Kelly from their roster. This was not a surprising move given the circumstance and previous troubled history of the backup quarterback, but it meant the organization would have to go back to the drawing board about its depth and future at the position.

Having free agent Case Keenum as the starting signal-caller that season wasn't a horrendous idea. Neither was getting Super Bowl XLVII MVP Joe Flacco for cheap for the 2019 campaign. The 2020 season saw the rise of Drew Lock and the following season, the Broncos added Teddy "Two Gloves" Bridgewater. But it wasn't until after the 2021 season that Denver welcomed a new superstar in Russell Wilson.

But what if someone told you the Colorado Rockies have drafted better quarterbacks than the Denver Broncos over the last 30 years?

Would you believe it? Well, it's true. In fact, the Colorado Rockies drafted Russell Wilson before he took his first NFL snap. 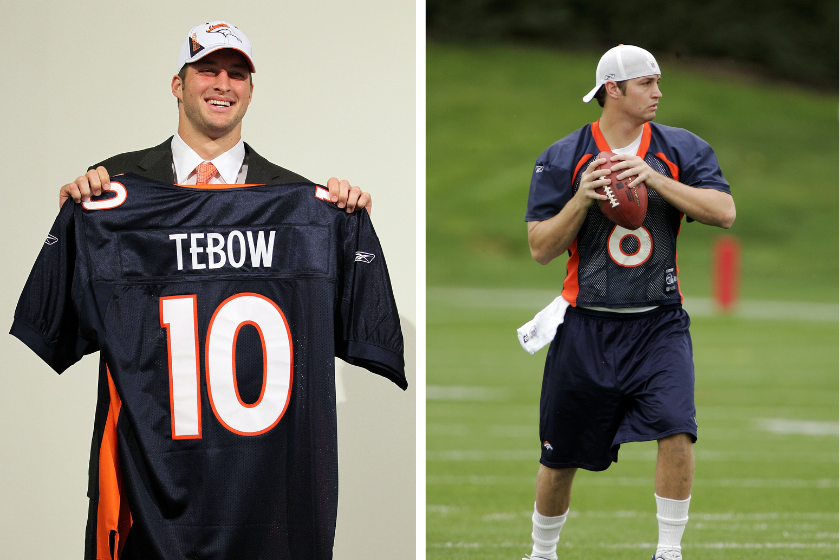 From the initial tweet from The Athletic's Nicki Jhbvala, before rookie quarterback Drew Lock arrived at Mile High Stadium, there were five quarterbacks taken in the NFL Draft since Hall of Fame quarterback John Elway joined Denver's front office in 2011 as the general manager and president of football operations. None of them are on the roster.

You can actually get a Brian Griese game-worn jersey card for less than a cup of coffee.

Granted, only Cutler and Tebow were first-round picks and Cutler threw for over 35,000 yards and 200 touchdowns in his career, while Tebow won a crazy playoff game with the Broncos on a crazy pass to wide receiver Demaryius Thomas, but still. That's not a good list.

Still, the Broncos have found success in other positions like drafting running back Javonte Williams out of North Carolina in 2021, and most recently, the Broncos have taken linebacker Nick Bonitto in the second round and tight end Greg Dulcich in the third round of the 2022 Draft. 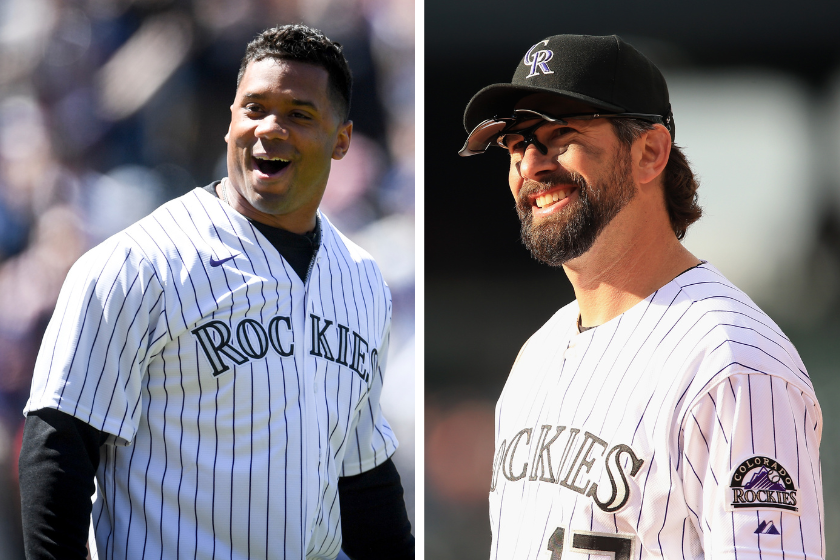 Meanwhile, the Colorado Rockies, the neighboring MLB team, drafted former NFL star Michael Vick in the 30th round of the 2000 MLB Draft and current Broncos starting quarterback Russell Wilson in the fourth round of the 2010 MLB Draft.

Sure they didn't hit on Tampa Bay Bucs and New England Patriots legend Tom Brady, like the Montreal Expos did. But still, snagging Vick is a good get.

Vick most certainly changed the game with his ability to extend plays with his legs, while Wilson, who was also drafted by the Baltimore Orioles in the 41st round of the 2007 MLB Draft, has a Super Bowl ring. 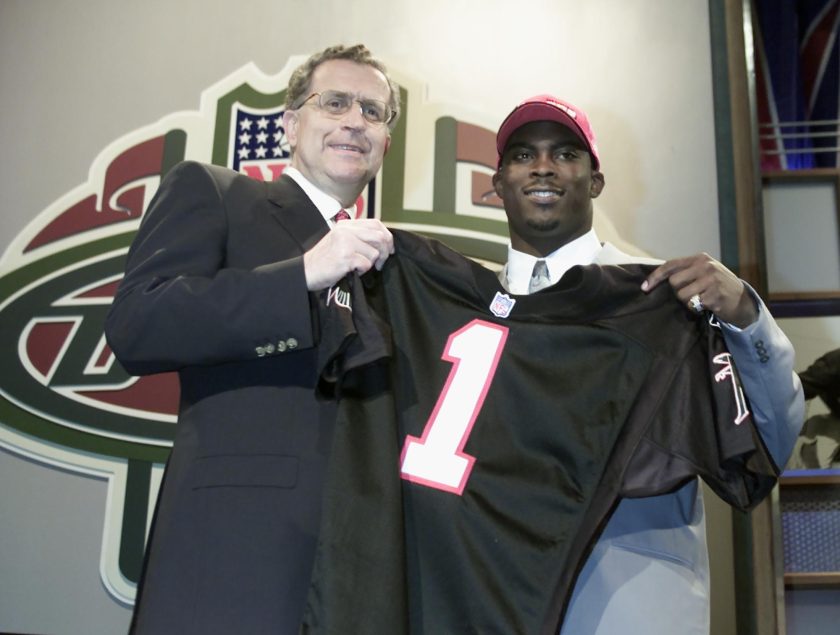 Vick and Wilson have combined for 11 Pro Bowl selections. That entire Broncos draft list has two -- one each from Cutler and Griese. Peyton Manning had a pair of Pro Bowl appearances with Denver, but neither Keenum nor Flacco have ever been invited to the annual showcase game. Bridgewater was elected to the Pro Bowl in 2015 as a member of the Minnesota Vikings.

So have the Colorado Rockies drafted and picked better quarterbacks than the Denver Broncos over the last 30 years, including under general manager John Elway? It's a resounding yes.

Maybe, just maybe. It depends on how you determine success. The Broncos appeared to strike gold with Drew Lock, a 2019 second-round draft pick out of Missouri. However head coach Vic Fangio, offensive coordinator Pat Shurmur, who replaced Rich Scangarello, and the rest of the coaching staff simply couldn't turn Denver away from such an awful history. Both Fangio and Shurmur were fired following the 2022 season.

Nobody expected Lock to be the next Tom Brady, and interceptions undoubtedly happened, but after his trade to Seattle, Lock is fated to be another name added to a rather shameful list.

However, things could be looking brighter in Denver as Russell Wilson steps into the spotlight and new head coach Nathaniel Hackett attempts to bring the Broncos back to their glory days. But as the AFC West heats up with Los Angeles Chargers and Kansas City Chiefs making moves with their young quarterbacks, Denver might just have to settle for battling Tennessee, Pittsburgh, Cincinnati and Houston for a wild-card spot, while former Bronco Von Miller skates though the playoffs with the Buffalo Bills.

And perhaps, if he needs some tips, Hackett can make his way to Coors Field and ask the Rockies from some film room analysis to help his next draft class. Or at the very least, they can ask the Rockies for help drafting a quarterback who becomes a fan favorite in Denver, considering their solid draft history. After all, they did nail it with Todd Helton.

This post was originally published on October 24, 2018, before updating.