By Trading Joe Flacco, The Ravens Finish Digging Their Own Grave 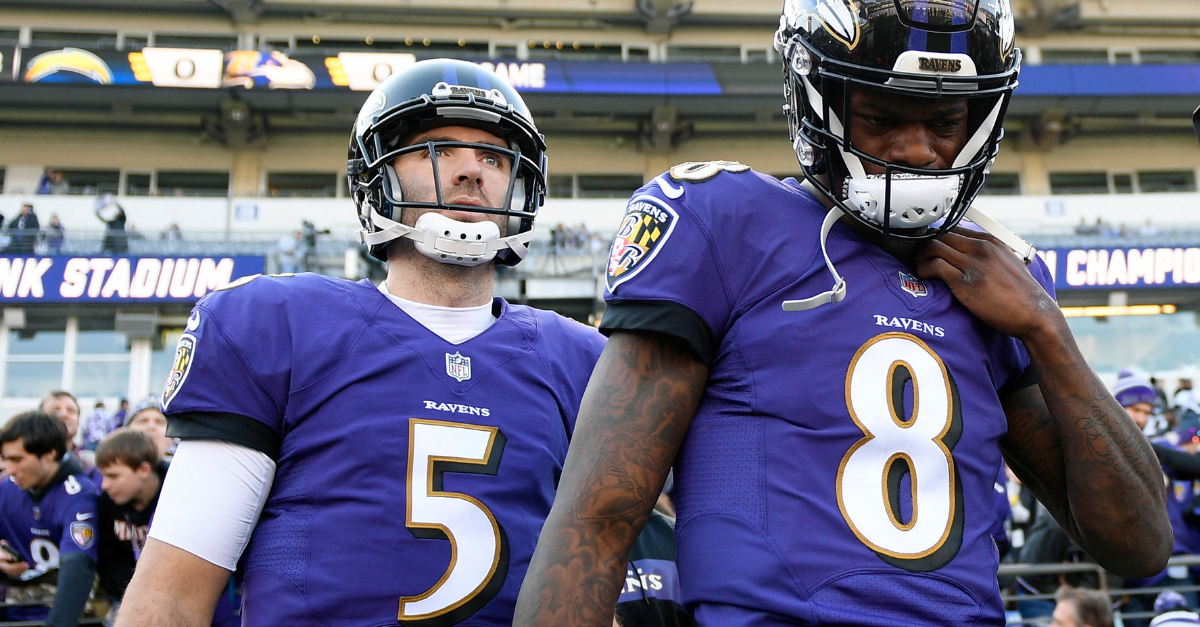 When Baltimore Ravens quarterback Joe Flacco went down with a hip injury during the 2018 season, the trap was laid. First-round pick Lamar Jackson stepped onto the field, and it was the beginning of the end for the former Super Bowl XLVII Most Valuable Player. Now, the Joe Flacco era is officially over in Charm City.

As first reported by ESPN’s Adam Schefter, the Baltimore Ravens traded Flacco to the Denver Broncos in exchange for a mid-round pick, but the deal cannot be finalized until the new league year begins on March 13. When it’s done, the Ravens might as well put on their finest suits and buy a fancy coffin because the grave they dug awaits them.

At 34 years old, Flacco is nearing the end. Trading a player who hasn’t made a single Pro Bowl since being the 18th overall pick for nothing more than a jar of Planters Dry Roasted Peanuts isn’t what did Baltimore in. The Ravens’ gamble to trade up in last year’s draft to select Lamar Jackson set this whole thing in motion, and that’s the bigger issue with the team going forward.

In his three seasons as the Louisville Cardinals’ starting quarterback, Jackson never completed more than a 60 percent of his passes. Even during his Heisman Trophy season in 2016, he had a lower passer efficiency rating than Nathan Peterman, Mitch Trubisky, Jerod Evans, Deshaun Watson and Brad Kaaya, all of whom played in his own conference. He’s an electric athlete who ran all over college football in the ACC, but you need more than a set of wheels to succeed in pro football.

In his first NFL season, Jackson ran more times (147) than he completed passes (90). Sorry to burst everyone’s bubble, but that just doesn’t work in the NFL.

Lamar Jackson had some issues with underneath defenders this year (again) #VidsForAPiece pic.twitter.com/7ZYgW9cWoo

RELATED: Kyler Murray Picks Football Over Baseball: ‘I Was Raised to Play QB’

Jackson helped Baltimore to a 6-1 record as a rookie starter, but he had the benefit of a Ravens defense that allowed the fewest yards per game (292.9) and second-fewest points per game (17.9). Yes, a possession, run-first offense compliments that type of elite defense. However, the run-first quarterback is hardly a long-term solution.

Although he’s considered a running QB, Tennessee’s Marcus Mariota had 337 career rushing attempts in college compared to Jackson’s 655. The closest marquee quarterbacks drafted in recent years in terms of rushing production are Johnny Manziel and Robert Griffin III, neither of whom lasted very long as starters in the NFL.

Griffin is the saving grace for Baltimore, however. He’s still on the roster and can teach Jackson that running all over the field won’t last, and that the young Ravens QB needs to develop his game into something sustainable for the future. Jackson has the tools to be a starting quarterback in the NFL, but Baltimore is throwing this young kid into the flames with no back-up plan. It’s a huge risk, but they have no choice but to play the game.

In the meantime, Flacco heads to Denver where he’ll likely takeover for Case Keenum as the starting quarterback in the Mile High City. General Manager John Elway finally found the big-armed signal caller he’s always wanted, but even that move is uncertain. Flacco is still owed $63.1 million in base salary over the next three years, so Flacco better hope that Super Bowl magic finds its way back to Denver once again.

READ MORE: In an Era of Highly-Paid NFL Quarterbacks, They Sure Do Suck