It's official. The final member of the New York Mets' "Four Horsemen of Queens" has left the Big Apple, as pitcher Jacob deGrom agrees to a five-year, $185 million deal with the Texas Rangers, as per Jon Heyman. One of the best MLB pitchers in recent years, leading the league in strikeouts from 2019 to 2022, deGrom is the second free agent off the board this offseason after the Astros signed Jose Abreu. Needless to say, deGrom's shocking deal is about to set the free agency market on fire. 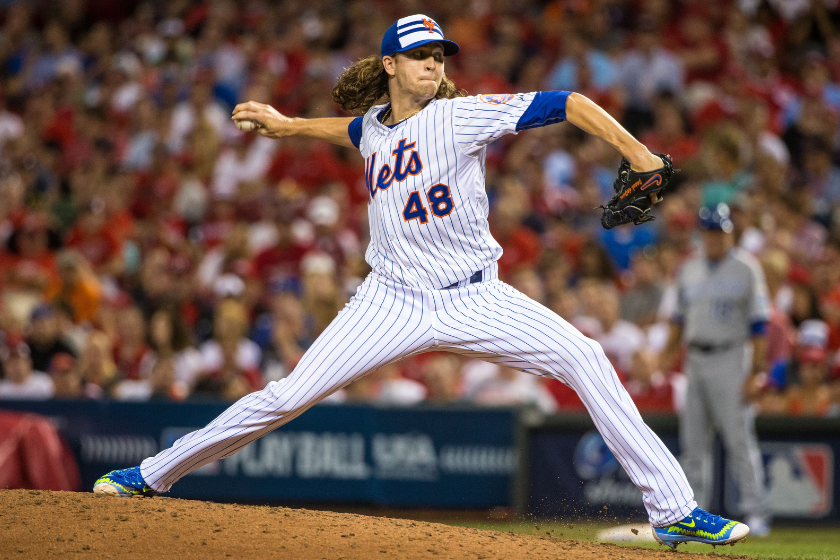 The Rangers have been connected to the four-time All-Star as a potential suitor for a while now, as the Texas club has fought off the Tampa Bay Rays and his old team, the New York Mets, for the right-hander's services. The signing of the 2014 Rookie of the Year and two-time Cy Young Award winner continues the AL West franchise's trend of rolling out the red carpet for big-time free agents. Last year, Texas signed shortstop Corey Seager and second baseman Marcus Semien to mammoth contracts. The Rangers also made a splash this offseason by pulling former Giants manager Bruce Bochy out of retirement, signing him to a three-year contract.

deGrom's deal now accelerates the free agent market for pitchers, specifically for Carlos Rodon and Justin Verlander. The Mets will no doubt be all-in on signing one of those names, as they look to sure-up a rotation that will now be lead by starting pitcher Max Scherzer. The Mets also expect Chris Bassitt to leave in free agency, after offering the former Athletics ace a qualifying offer. Who knows, maybe the Mets will have some capital left over to spring for former New York Yankees star Aaron Judge, although the San Francisco Giants remain the favorites to land the AL MVP.

The Mets could also make a run at Los Angeles Dodgers legend Clayton Kershaw, although it appears there may be a reunion in the cards.

Seven years after their 2015 trip to the World Series, the Mets have seen every member of their National League championship squad leave town or retire. The team that bested the Atlanta Braves, Philadelphia Phillies, Washington Nationals and Miami Marlins that fateful season, has been dismantled over the course of three different general managers and two different owners. After failing to make the playoffs, losing in the Wild Card round to the San Diego Padres, the Mets had hoped deGrom would return to pitch at least a few more innings in Queens.

The deGrom era in Flushing, Queens, is over. Another Mets star is wearing someone else's uniform.

MORE: The 14 Best Free Agent Signings in MLB History Were All Home Runs