Houston Astros pitcher Justin Verlander has one of the most successful MLB careers of any starting pitcher in recent memory, enjoying memorable stints with the Detroit Tigers and Houston, with the Astros facing off with the Philadelphia Phillies in the 2022 World Series

Perhaps the greatest success of Verlander's career, however, came off the baseball diamond and on the red carpet.

The 37-year-old MLB Player settled down and got married to stunning supermodel Kate Upton, forming one of sports' most recognizable power couples. 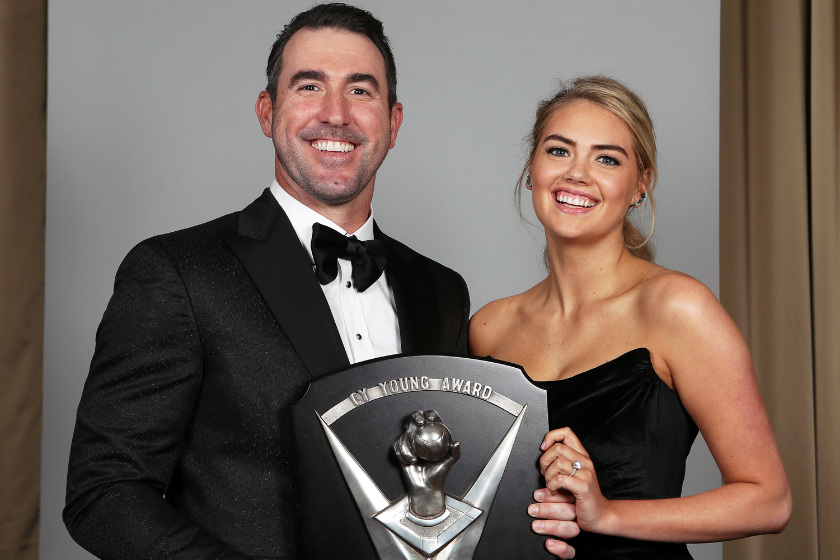 Justin Verlander and Sports Illustrated swimsuit model Kate Upton reportedly met in 2012 when they were filming a commercial and hit it off.

The pair began dating casually before eventually tying the knot in 2017 at a church in Tuscany, Italy. In 2018, the couple welcomed their first child, daughter Genevieve Upton Verlander.

Their relationship has not been without controversy, however. In 2014, Verlander's phone was hacked, and nude photos of the pair were leaked onto the Internet. It was already a low point in Verlander's life, as he had been battling a shoulder injury at the time.

Upton told Bleacher Report the incident helped them grow stronger as a couple, and Verlander credits Upton with saving his baseball career.

In 2020, Verlander announced that he and Upton would be making donations to coronavirus charities amid the pandemic, aiming to offer assistance to first responders and healthcare workers who have put their lives on the line to combat the outbreak of the virus. 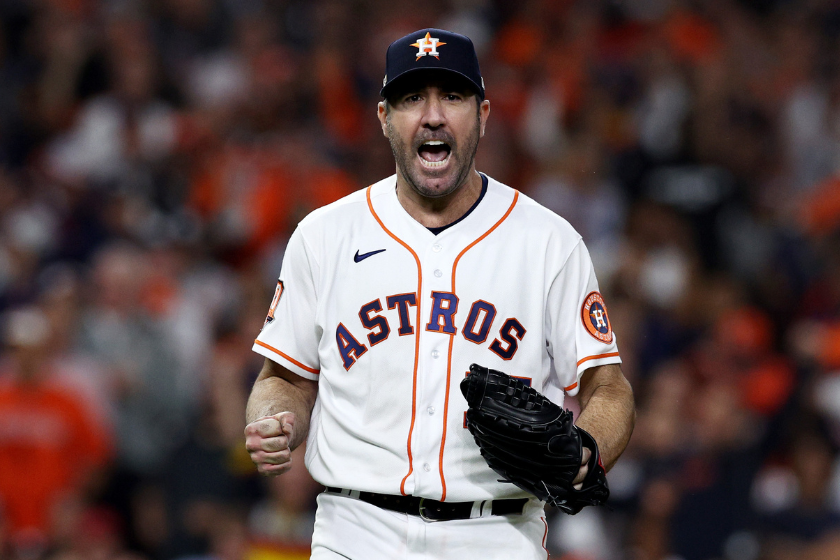 RELATED: Alex Bregman Has His Own Salsa, And It's a Spicy Home Run

Justin Verlander made his Major League Baseball debut in 2002 as a member of the Detroit Tigers.

As a rookie in 2003, Verlander won 17 games and earned Rookie of the Year honors. He appeared in his first of eight MLB All-Star games in 2004.

Verlander was the Tigers' ace for 13 years, and was a Cy Young Award winner in 2011, as well as taking home the AL MVP, putting up video game numbers along the way. Speaking of video game numbers, his stellar performance on the mound earned him the cover of Major League Baseball 2K12 Verlander dealt with various injuries in the latter half of his Tigers tenure, and one ESPN writer even suggested his best role may be coming out of the bullpen as a reliever in order to increase his longevity.

Verlander disagreed, and finished runner-up for the Cy Young award in 2016, placing ahead of Corey Kluber and just behind Rick Porcello.

In 2017, Verlander was traded to the Houston Astros in a blockbuster deal.

Back in the playoffs, Verlander was dealing and made two starts against the Boston Red Sox in the American League Divisional Series. He then made two more starts against the New York Yankees in the ALCS, before helping take down the Los Angeles Dodgers in the 2017 World Series.

During the World Series, Verlander recorded 14 strikeouts through 12 innings of work, capping off a heroic postseason for the Astros' ace.

Verlander and the Astros made it back to the World Series in 2019, but were defeated by the underdog Washington Nationals in a shocking upset.

The Astros and Verlander agreed to a contract extension in the 2019 offseason that would pay him $66 million over two years. Unfortunately, Verlander was sidelined after his first start last year and was forced to undergo Tommy John surgery. 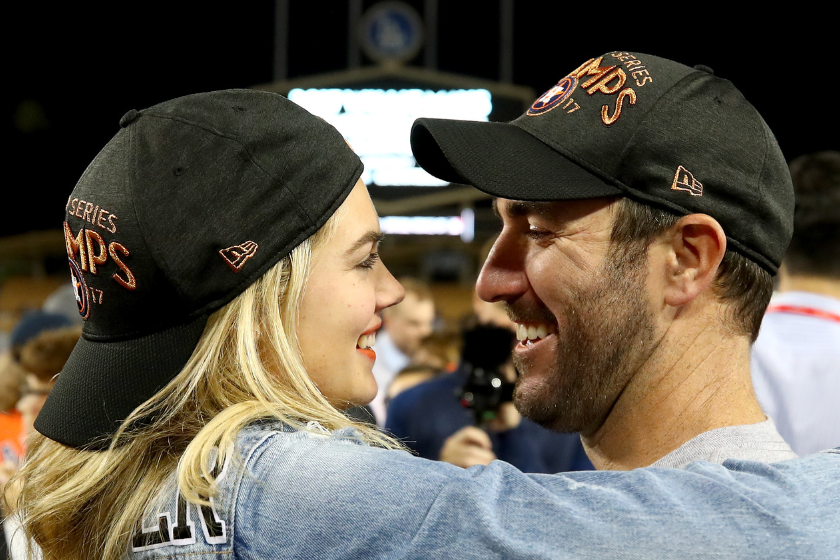 However, Verlander has pushed himself to appear in more World Series games as the Astros take on the Phillies. One of the most iconic baseball players of the 21st Century, Verlander might not be making any Phillies fans happy on social media, as he mows down Bryce Harper, Rhys Hoskins and the other hitters on the Phillies roster, the future Hall of Famer doesn't care. For Verlander, who appears at the Met Gala with his best friend and his wife, Kate Upton, there's no better role he can play on a team than that of husband.

This article was originally published on January 25, 2021, and has been updated to reflect the Astros most recent World Series run.

MORE: Blue Jays' Star Vladimir Guerrero Jr. Could Be Better Than His Father