Salsa is always a hit. Someone brings some chips, maybe a little bit of queso, but it's not a home run until someone brings the red stuff. And if we've got green and red salsa? That's what I call a grand slam.

Sports fans across the globe can't live without chips and salsa. The salty snack is perfect for enjoying any game, from the World Series to the Stanley Cup or Super Bowl.

You can't watch a game without seeing a few ads for chunky chips and dip, and America's obsession with this Tex-Mex classic isn't slowing down anytime soon. Salsa is as American as apple pie or hot dogs at a baseball game. Or both of those combined.

MLB third baseman Alex Bregman loves salsa as much as any Southwestern-born omnivore. He's turned his passion into an offseason side hustle, hocking mild salsa when he's not in spring training.

Take a look inside the salsa taking Houston and the rest of Texas by storm. 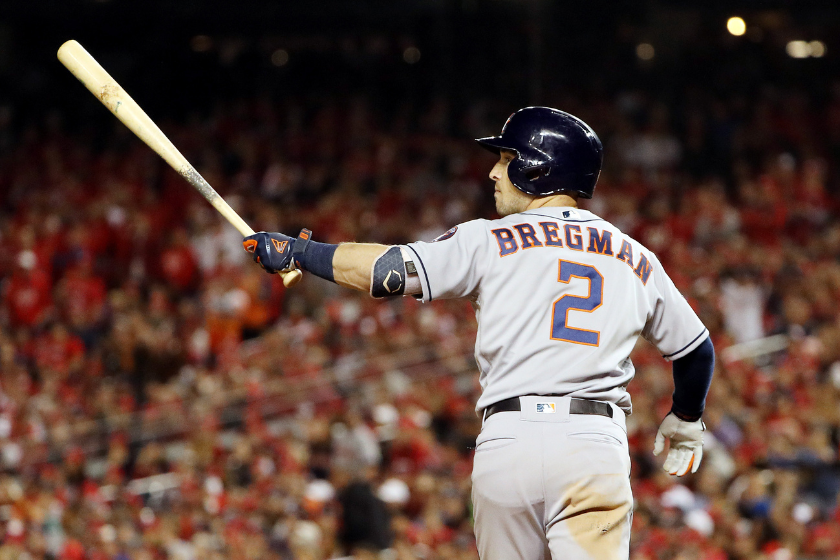 RELATED: Alex Bregman's LSU Career is the Stuff of Legends

Alex Bregman, AKA A-Breg, is more than just a Major League Baseball player for the Houston Astros.

Sure, his list of on-field accolades is long, and being one of the American League's superstars on a team with other MLB stars like Justin Verlander and Jose Altuve certainly adds to that daily pressure. He's a two-time All-Star, an MLB World Series Champion, a Silver Slugger and an All-Star game MVP. He's shared the field with Carlos Correa and hit home runs against pitchers from the Braves, the Yankees, the White Sox and the Dodgers. He also won a gold medal with Team USA in the 2017 World Baseball Classic, held in Los Angeles.

Whether it's the ALDS or the ALCS, Bregman has proved he's a playoff legend for the 'Stros.

Bregman is a Southwesterner, true and through. He was raised in Albuquerque, New Mexico, surrounded by the beautiful New Mexico landscape and an overpowering appreciation of spicy Tex-Mex food before attending LSU.

When Bregman moved to Houston, his love of salsa only grew stronger. Eventually, Bregman decided to seize the day and make a salsa of his own. Breggy Bomb Salsa was born.

He Founded Breggy Bomb Salsa in 2018 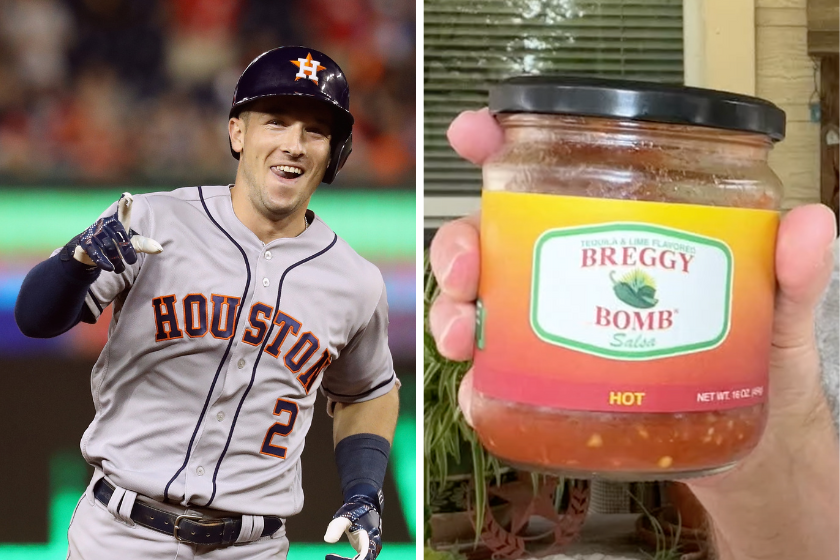 When Bregman decided to get into the highly competitive chips and salsa game, he knew he needed Aunt Sadie's family recipe. With Sadie's Restaurant as his partner, Bregman developed a tequila-and-lime-infused salsa. It's not too spicy, flavored for accessibility. He shared a jar with his Houston Astros teammates at the Minute Maid Park clubhouse.

Despite healthy skepticism from catcher Jason Castro, most of the team was won over by the chunky, not-too-watery flavor explosion.

"I want to say 95 percent of the team tried it yesterday and loved it," Bregman told Houston On The Cheap. "I didn't get a single negative review and a lot of people got hits yesterday, so maybe there's some good luck there. We'll keep the salsa flowing and hopefully keep the wins going. It will be available here to the public in the next few days."

Available at BreggyBomb.com, a four-pack of 16-ounce jars costs $31 before tax. It better be good! The salsa is regionally available at Kroger and H-E-B grocery stores in Houston.

In addition to advertising on social media and podcasts, Bregman began releasing Youtube videos in May 2021 to promote the Breggy Bomb Salsa brand.

The series is a satire of typical crime dramas set to the backdrop of Houston. Houston-area cameos abound in the overproduced commercials, including acting debuts from Paul Wall, Tyler Straub, Andre Scrubb and Bregman's wife, Reagan Bregman.

With continuity errors like the overfull tequila glass abounding, the entire series is absurd. He's got teammates beating dudes up in a pool hall. It's ridiculous, in a good way.

It's a pretty fun series, corniness notwithstanding. I can't wait for the next episode. Now, time to actually try some of this salsa.

MORE: Who is Alex Bregman's Wife?