So what did the World Series champ do with his newfound freedom?

Bregman took the opportunity to tie the knot with longtime girlfriend and now-wife Reagan Howard.

Who is Alex Bregman's Wife? 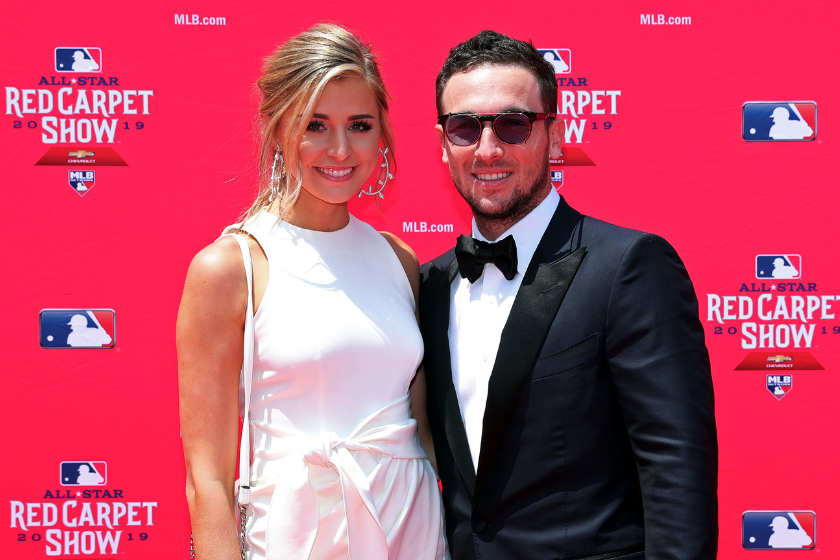 RELATED: Alex Bregman's LSU Career is the Stuff of Legends

The Bregmans initially wanted to have a large wedding, but, as with many weddings in 2020, the coronavirus pandemic put a stopper on that plan.

Rather than wait until 2021, Alex and Reagan decided to take matters into their own hands and move past the wedding cancellation. Instead of holding the festivities at La Cantera Resort and Spa in San Antonio, Texas, the couple decided to hold a smaller ceremony due to a number of positive COVID-19 cases, Bregman told the Houston Chronicle.

The couple ended up exchanging vows in the backyard of Reagan's parents' home in Katy, Texas. While it was no San Antonio resort, the baseball player and his wife enjoyed an intimate ceremony surrounded by family and loved ones.

After the wedding, Howard posted to social media, captioning her Instagram photo: "Married to my best friend." 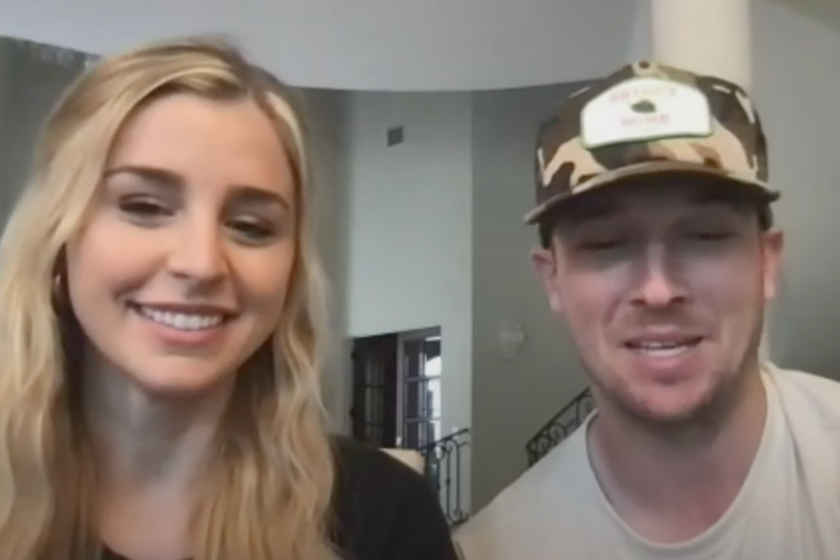 After celebrating in the backyard, Reagan and Alex David Bregman are now seeking their money back from La Cantera, having placed an $80,000 wedding deposit at the resort, according to Bregman's business manager Bruce Malott.

The couple met for the first time when Howard was a 19-year-old college student. They have been dating since, and now reside in Austin, Texas during the offseason.

Howard grew up in Mandeville, Louisiana, but went to high school in Katy and attended Texas A&M.

In August of 2022, the Bregman's welcomed their first child, Knox Samuel Bregman, as Astros fans showered the couple with messages of "congrats!" and well-wishes on social media. Perhaps Knox will be a good luck charm for his Dad, as he continues his postseason adventure in the ALCS against the New York Yankees. Perhaps the Bregman's baby boy will appear at his first Astros game this soon, as his third base pops tries to get Dusty Baker his first World Series ring.

Alex Bregman attended Albuquerque Academy in Albuquerque, New Mexico and played college baseball at Louisiana State University. He starred as a shortstop at LSU and caught the attention of several MLB franchises.

Bregman was the second-overall pick of the 2015 MLB Draft by the Houston Astros. He made his MLB debut in 2016, and has enjoyed a tremendous career while growing his net worth. Seriously, ask any pitcher from the Red Sox or the Athletics, MLB Players know that Bregman has pop.

Already a two-time All-Star, Bregman has launched more than 100 home runs across his first four full Major League Baseball seasons. He helped lead the Astros to a highly controversial 2017 World Series victory and finished runner-up for the American League MVP award in 2019.

As a member of the Astros, Bregman, along with Jose Altuve and Carlos Correa, have been scrutinized heavily by MLB fans for his involvement in the team's infamous sign-stealing scandal. However, he will always be supported at Minute Maid Park.

While he may hear boo birds from fans while on the road against the Los Angeles Dodgers, Colorado Rockies, New York Yankees or Atlanta Braves, Bregman knows he always has his wife on his side.

This article was originally published on May 25, 2021, and has been updated since.