It's not often you turn a superstar like Klay Thompson into a spectator. As one half of the Splash Brothers, he's used to the spotlight, draining threes and winning NBA titles.

But when Thompson makes the drive to Los Angeles' Dodger Stadium, that's exactly what he becomes. That's because his brother, Trayce Thompson, is an outfielder for the Dodgers, and he's helping the club try to win another World Series during the 2022 MLB playoffs. It's almost as if the two are back at the Little League fields.

"It's the most fun to be a spectator and drink a bunch of beers and eat nachos. And to cheer your brother on? I feel like a kid again," Klay told PEOPLE. "It's the best."

The Thompson brothers, which also includes overseas professional basketball player Mychel Thompson, are quickly gaining clout as one of the more well known pro sports families. Not to mention their dad, Mychal Thompson, has two NBA championships from his time with the Los Angeles Lakers. 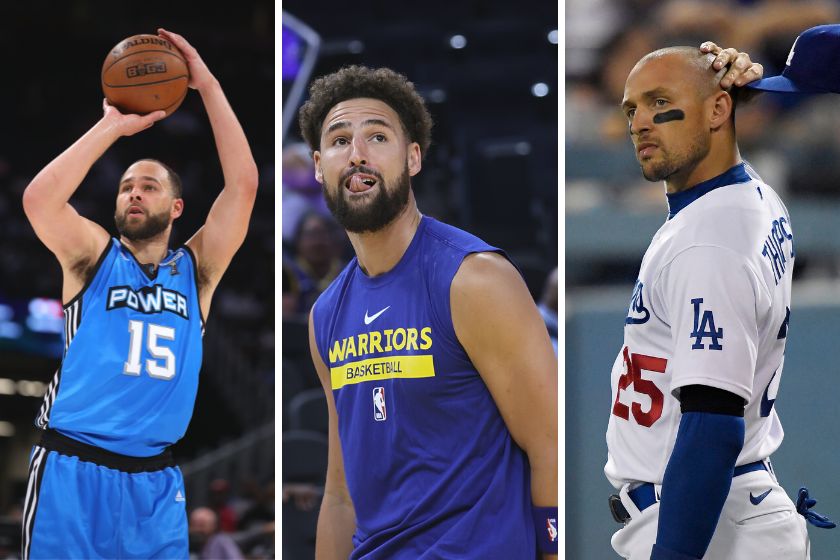 From the time the Thompson kids were young, they were competitive. Whether it was in the driveway playing one-on-one basketball or at home playing video games, trash talk was common.

The boys spent their early days calling Oregon home, but the family moved to Mission Viejo, California, when they were teenagers.

By then, it was clear they all had futures in whatever sports they chose to play. Klay and Mychel, who both shot up to 6-foot-7, focused on hooping. Trayce, the 6-foot-3 runt of the litter, pursued baseball at Santa Margarita High School, but not before also helping the school's basketball team to a state championship.

Even Klay knew, though, his younger brother (by barely more than a year) was destined for great things on the diamond.

"He just really loved Ken Griffey [Jr.], that was his hero," Klay said. "I never really remember a time where he did not have a baseball bat in his hands." 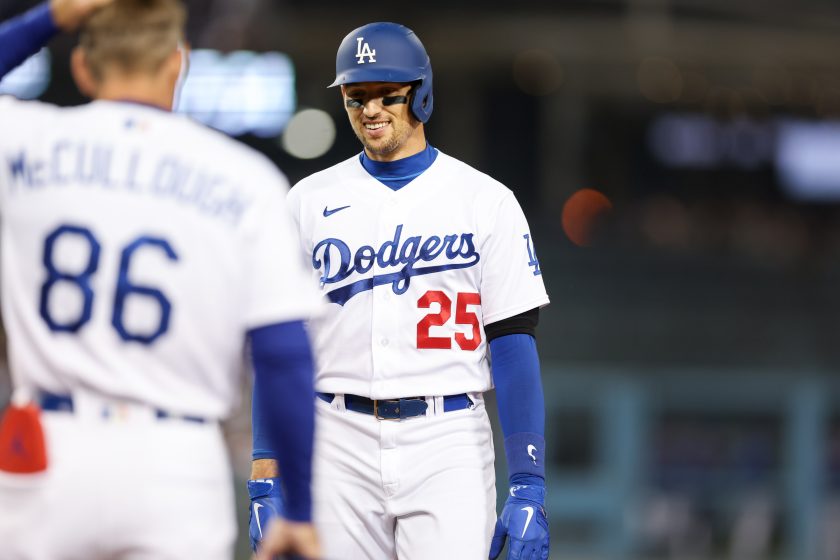 Klay would go on to star at Washington State before the Golden State Warriors selected him in the first round of the 2011 NBA Draft. Mychel, the oldest, went undrafted out of Pepperdine and played in the NBA's minor leagues and professionally in Italy.

Trayce's route to the pros was slightly different. He was drafted straight out of high school -- in the second round of the 2009 MLB Draft by the Chicago White Sox.

He made his MLB debut on Aug. 4, 2015. He struck out against Tampa Bay Rays' Chris Archer in his lone at-bat, but he did it with Klay, Mychel and his mom and dad in attendance at U.S. Cellular Field.
It was the same year Klay helped the Warriors win the franchise's first title in 40 years, the first of four rings for Klay.

"It's been a whirlwind, man," Trayce told Bleacher Report that shmmer. "As a family, we'll look back one day and realize how special this is." 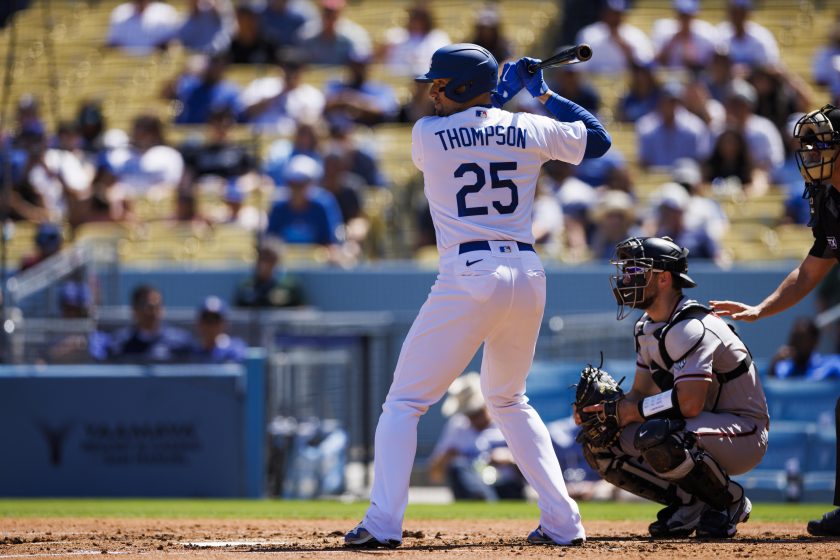 Trayce has a lot to accomplish before he can become known as simply "Trayce Thompson, MLB player," and not "Klay Thompson's brother." He's got 39 home runs through 297 MLB games, and he's been making starts for the Dodgers against the San Diego Padres in this year's National League Division Series.

All it takes is one amazing postseason run and the Thompson brothers could cement themselves next to families like the Currys and the Watts.